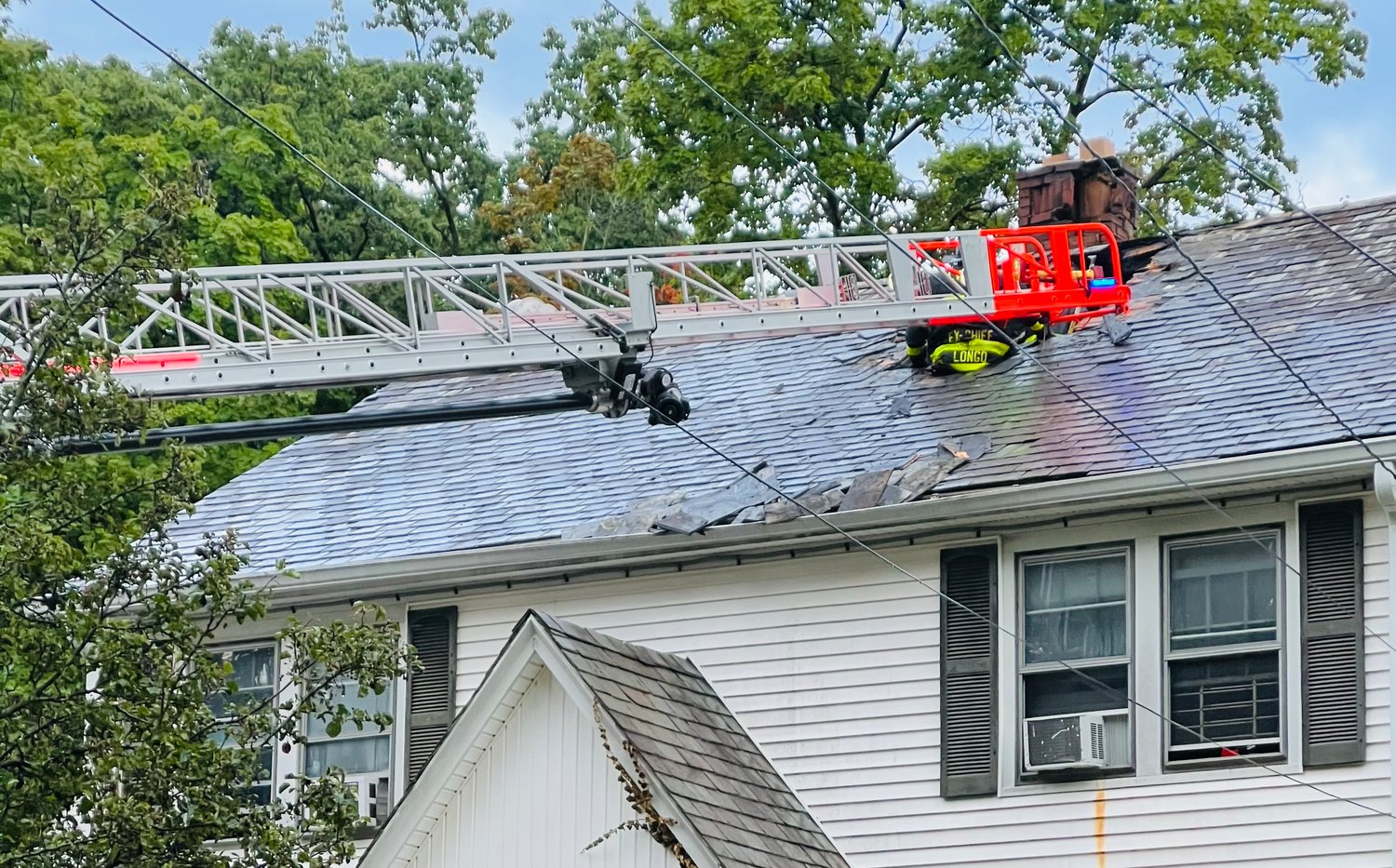 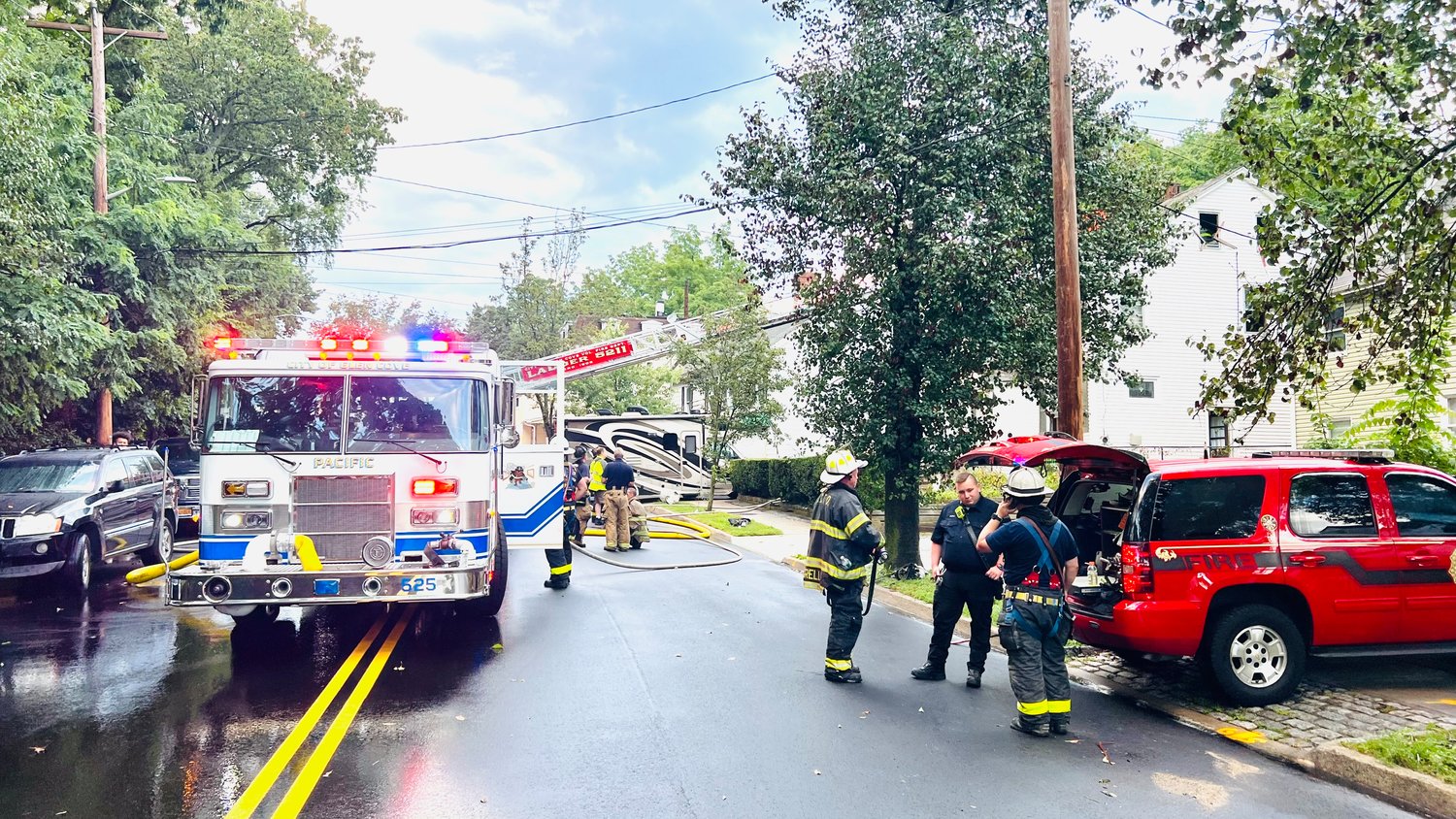 Previous Next
By Roksana Amid

Violent thunderstorms traveled through Glen Cove and the surrounding areas on Tuesday causing an early morning fire at 149 Landing Road. At 5:35 a.m. the Glen Cove Police, along with the Glen Cove, Sea Cliff, Glenwood Landing, and Locust Valley fire departments responded to the blaze which took 45 minutes to extinguish. No one was injured, but the damage from fire, smoke and water necessitated the Red Cross to assist both families to relocate.

“Thankfully, these violent storms hit Glen Cove in the early morning hours while the majority of residents were safely in their homes,” Glen Cove Police Det. Lt. John Nagle said.

Property owner Kevin Kern was in the Landing Bakery, which he owns, making donuts when one of the residents notified him of the fire. The bakery, at 147 Landing Road, is right next door from the building that was on fire.

Glen Cove Mayor Panzenbeck and Deputy Mayor McNaughton were also at the scene. McNaughton said she and Panzenbeck go to homes that are affected by fires to make sure residents receive housing assistance and that the Red Cross is contacted. McNaughton contacted the Glen Cove Mansion to help provide temporary housing. Although they were completely booked, the mansion was able to provide one of their “overflow” rooms, she said.

A member from one of the families was permitted to return to the duplex to pick up their medications, but McNaughton said that nothing other than a few essentials were salvageable.

“All people who rent should have renters’ insurance,” Kern said. “It’s a must because people can lose everything.”

He added that he’s hoping the community will help both families who lost many of their belongings.

Residents of the duplex affected by the fire include Victor Estrota, his wife Rita Marquez with their children, Brian, 18, and Alex, 13. Also affected in the second unit were Drew and Roslyn Van and their daughter Andres, 16.