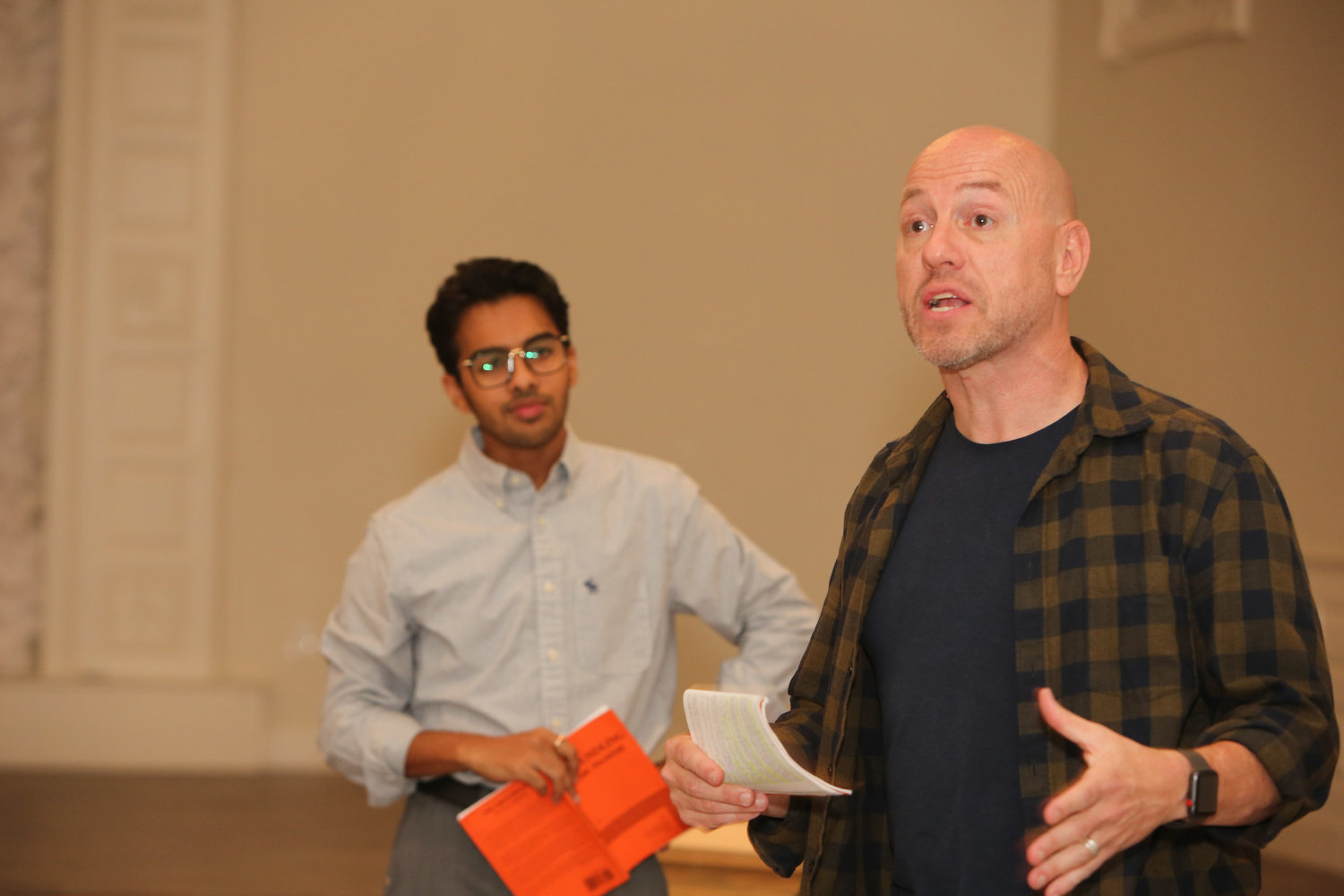 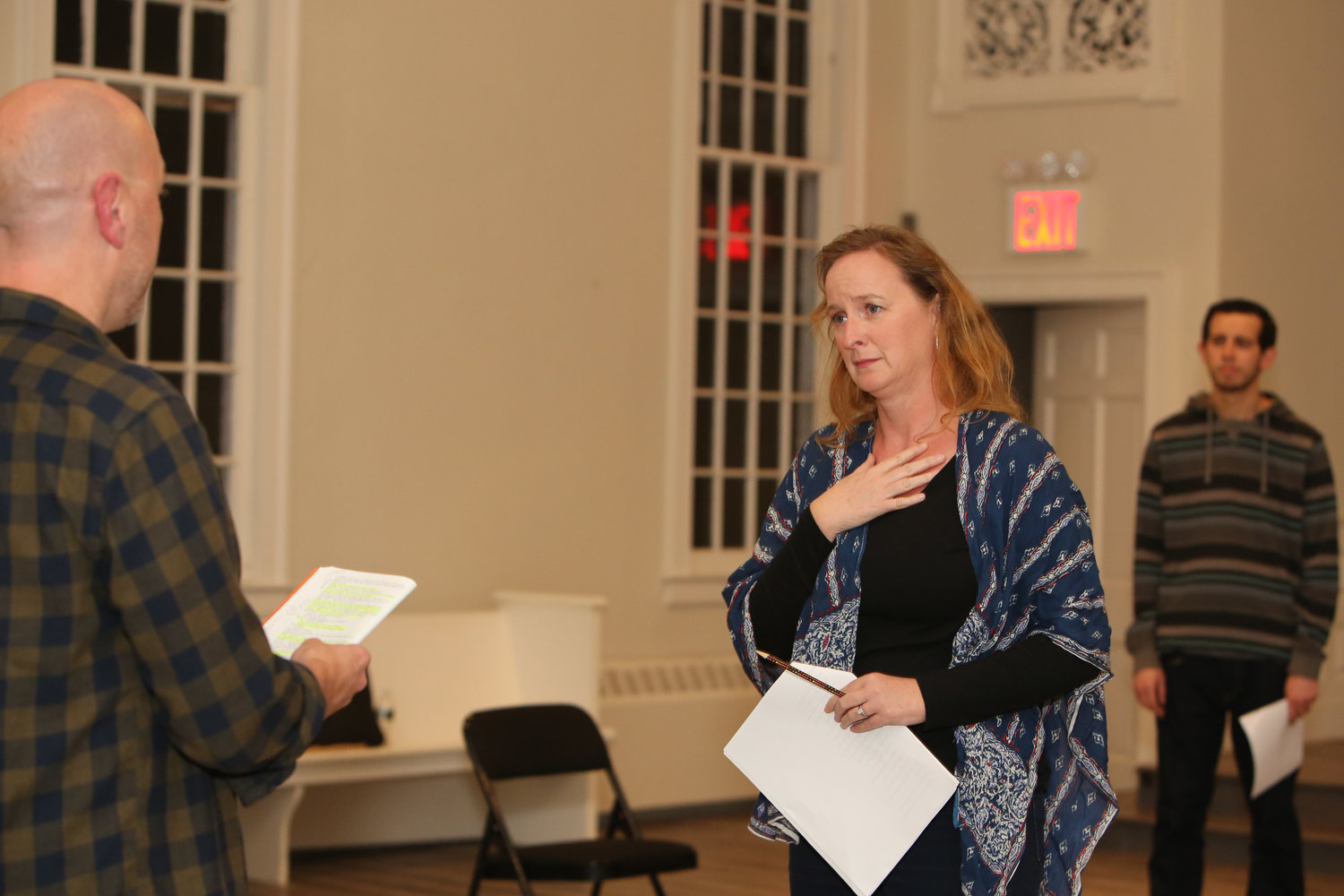 Moll with Annie Amilck at a rehearsal.
Courtesy Christopher Moll 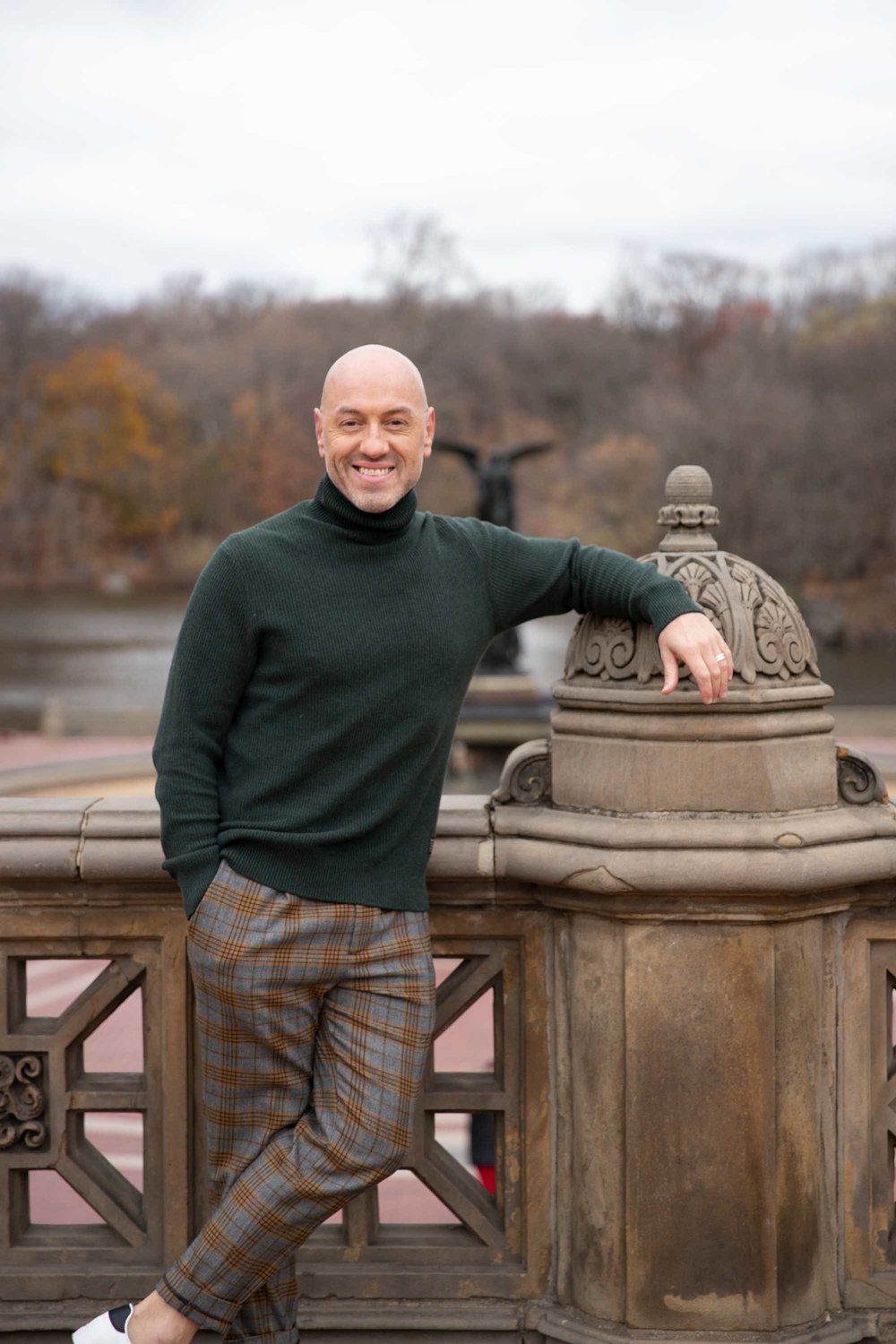 Moll, of Glen Cove, will perform original songs as well as covers and Broadway tunes this weekend.
Courtesy Eduardo Fermin
Previous Next
By Jill Nossa

Like other newer businesses and nonprofit startups around the globe, the North Shore Village Theatre was gaining momentum and on track to have a full production schedule in 2020. The pandemic slowed down the nonprofit’s efforts, but this weekend, a concert at the Glenwood Life Center, in Glenwood Landing, will kick off a new season of live entertainment and fundraising by the theater.

On Saturday and Sunday, singer-songwriter Christopher Moll, of Glen Cove, backed by a full band, will perform original songs as well as songs by artists who have inspired him through the years, and a handful of Broadway tunes. The event will benefit the theater, and kick-start its efforts to return to producing live shows and to find its own performance space in Glen Cove.

Moll, the theater’s president and artistic director, helped found it in 2017, several years after starting the Jazz Hands children’s theater, which is also based at the Glenwood Life Center. “Parents started to ask if we ever did anything for adults,” Moll, 48, said, “and people with different skills, from costume designers to audio engineers, in addition to actors, expressed interest in getting involved with community theater.”

Since the area does not have a full-time theater, Moll got a small group of people together, brainstormed a name, registered the business, which now has nonprofit status, and formed a board of directors. In 2018 the group began performing fundraisers, and the following year it produced a play written by Long Island native Marc Palmieri called “The Groundling.”

“It was a huge success,” Moll said, “and everybody said, ‘We had no idea you were here.’ It really proved that we have talent in this area, “and that people want this kind of experience. It was really encouraging.”

The theater, which has held all of its performances at the Glenwood Life Center, staged a holiday variety show in December 2019, giving community members the chance to showcase their talents, from singing to dancing to juggling. “Then 2020 was supposed to be our first full season,” Moll said, “and the pandemic hit, and we just stepped back.”

The long-term goal, he said, is to find a permanent home for the theater in downtown Glen Cove. “We just feel like Glen Cove has so much potential downtown — there’s great restaurants, new buildings, we just feel like it would be a destination,” Moll said. “Nonprofit arts organizations bring in [money] to communities, and we believe we could be part of that.”

The hope is that the theater can make that reality in about two years, but at this point the focus is on getting its name out there and raising money in pursuit of that goal. “We need people to know that we’re here if they want to be involved and help,” Moll said.

Steven Dahlke, the theater’s musical director and Moll’s husband, said he also believes Glen Cove is in a prime location for live theater, especially since it had been successful in the past, until the Northstage Dinner Theater on School Street was demolished in the 1980s. “We’re kind of in a special place here,” Dahlke said. “There’s a lack in this whole area of any community theater, yet we’re so close to Broadway. We want to fill the void of community theater in the area.”

The theater’s secretary, Maggie Odell, of Glen Head, also said that Glen Cove would be a good place for a theater, especially with the revitalization of the downtown and the waterfront. “We just don’t have local theater on the North Shore,” Odell said, “so Glen Cove feels like the perfect place to make that happen, sort of the hub for all of the surrounding towns.

“Immediately, the goal is to get back on our feet after the pandemic and just get art made again,” she added. “However, we need to do that and get the community as involved as we can — and as excited as we can get them to take part in something.”

Moll’s first performance is scheduled for 7:30 p.m. on Friday. Tickets are $40 for the general public, $20 for students and $10 for past or present Jazz Hands/Finley Drama Club students, and can be purchased at nsvillagetheatre.com.

“People can expect the razzle-dazzle from Chris,” Odell said. “It will sort of be like the party that brings everything back together again, which we’re all looking forward to.”