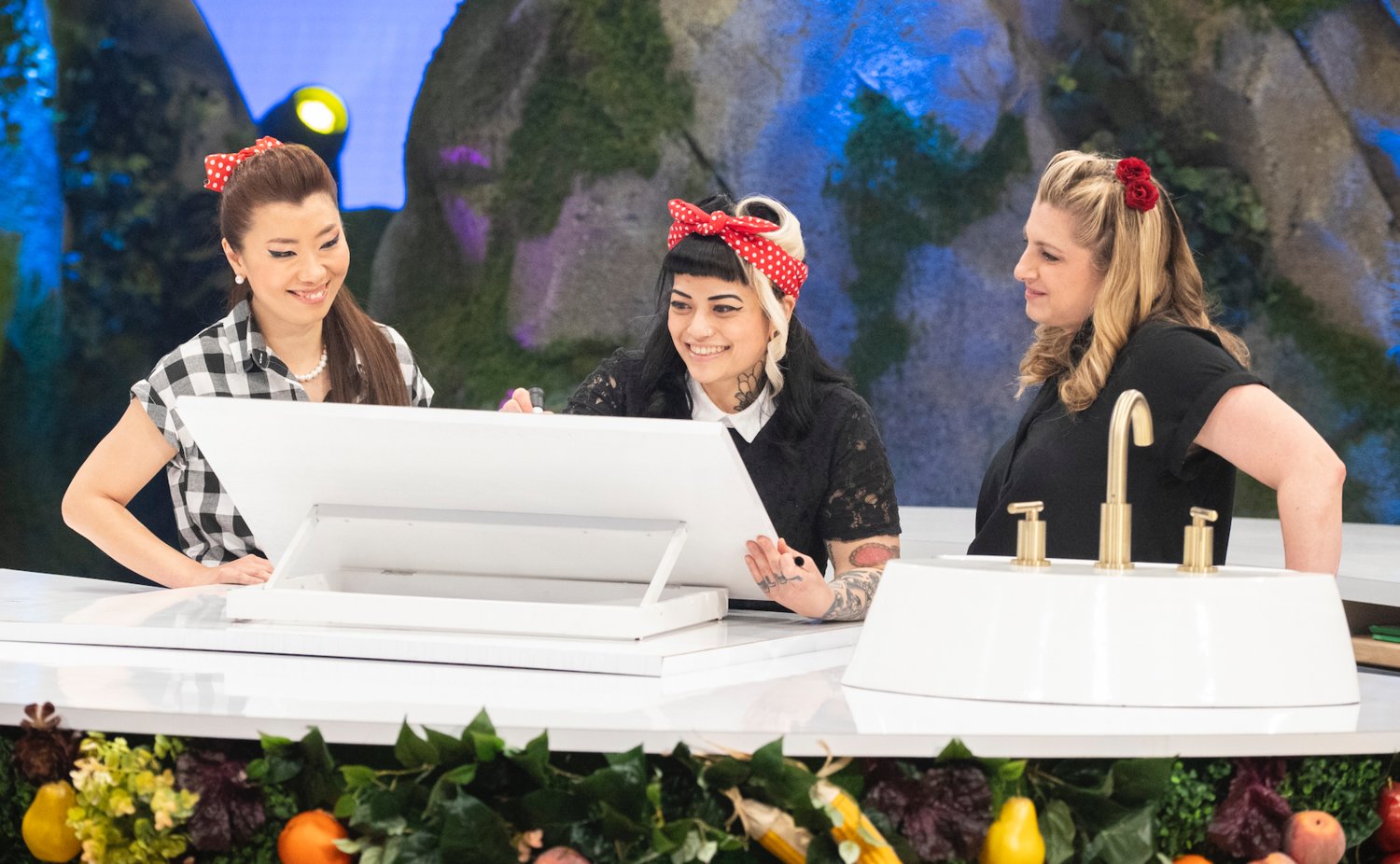 When Covid-19 caused her cake business to shut down temporarily, Lynbrook resident Inae Jang-Tirado’s creativity wasn’t stifled. She decided to experiment with “hyper-realistic” cake design and excelled at it, leading to an appearance on the Disney+ global food competition series “Foodtastic,” which airs Dec. 15.

“’Foodtastic’ is not about playing with food, but rather about imagination and entertainment,” Jang-Tirado said. “It shows how food items can masquerade as something that we normally don’t see on an everyday basis.”

Jang-Tirado, 39, grew up in Seoul, South Korea, but came to Lynbrook nearly nine years ago. Following her passion for baking and decorating cakes, she founded Inaecakes LLC, and owns a commercial kitchen in Long Island City, Queens. When her business had to close because of the pandemic, she said, she turned ordinary foods into sweet, edible treats by capturing people’s interests and imaginations and using her creativity to bring it to life.

Jang-Tirado studied architecture in South Korea, but said it didn’t hold her interest. She has been creative for much of her life, she said, and gravitated toward drawing, sculpting and singing Disney songs, though she joked that she doesn’t have the best singing voice. She then became inspired to design cake art by watching various pastry-making shows, and she was particularly captivated by Buddy Valastro’s designs on “Cake Boss.” She attended culinary school in Manhattan, interned at various pastry shops and worked designing cakes at a custom cake shop in Park Slope, Brooklyn, before opening her own shop.

After sharing her designs on social media, she was contacted via Instagram and asked if she wanted to be on the show. She was then interviewed by producers, after which she had to send in a video audition describing her culinary background and education, and submit a portfolio of her cake designs.

“Foodtastic” is hosted by actress Keke Palmer, and is a global competition series in which highly skilled artists create extravagant scenes and larger-than-life sculptures made entirely of food. The creations range from vegetables and butter to fruit and cheese. Each episode also features a Disney-based theme, and Flour Shop founder Amirah Kassem and City Cakes founder and chef Benny Rivera serve as food experts.

The episode Jang-Tirado appears in is titled “Toy Story: Toy Doctor to the Rescue,” based on the Disney movie series. She said she and her team decided to decorate Rex, the dinosaur from the famed movies, but encountered a sticky situation when the moisture from the broccoli covering his body didn’t gel with the butter cream, and she was worried it would fall apart while being judged.

“That minute he spent looking at our showpiece felt like hours,” she joked.

Jang-Tirado called it “love at first sight” after she saw the show’s set at Disney Studios in California. While it was a positive experience, she noted that her team was nervous about using unfamiliar ingredients like broccoli, cheese and fruit because she is mostly used to cake designs. She added that she was looking forward to watching her episode on Disney+ on Dec. 15, and she hoped it would persuade others to find their creativity.