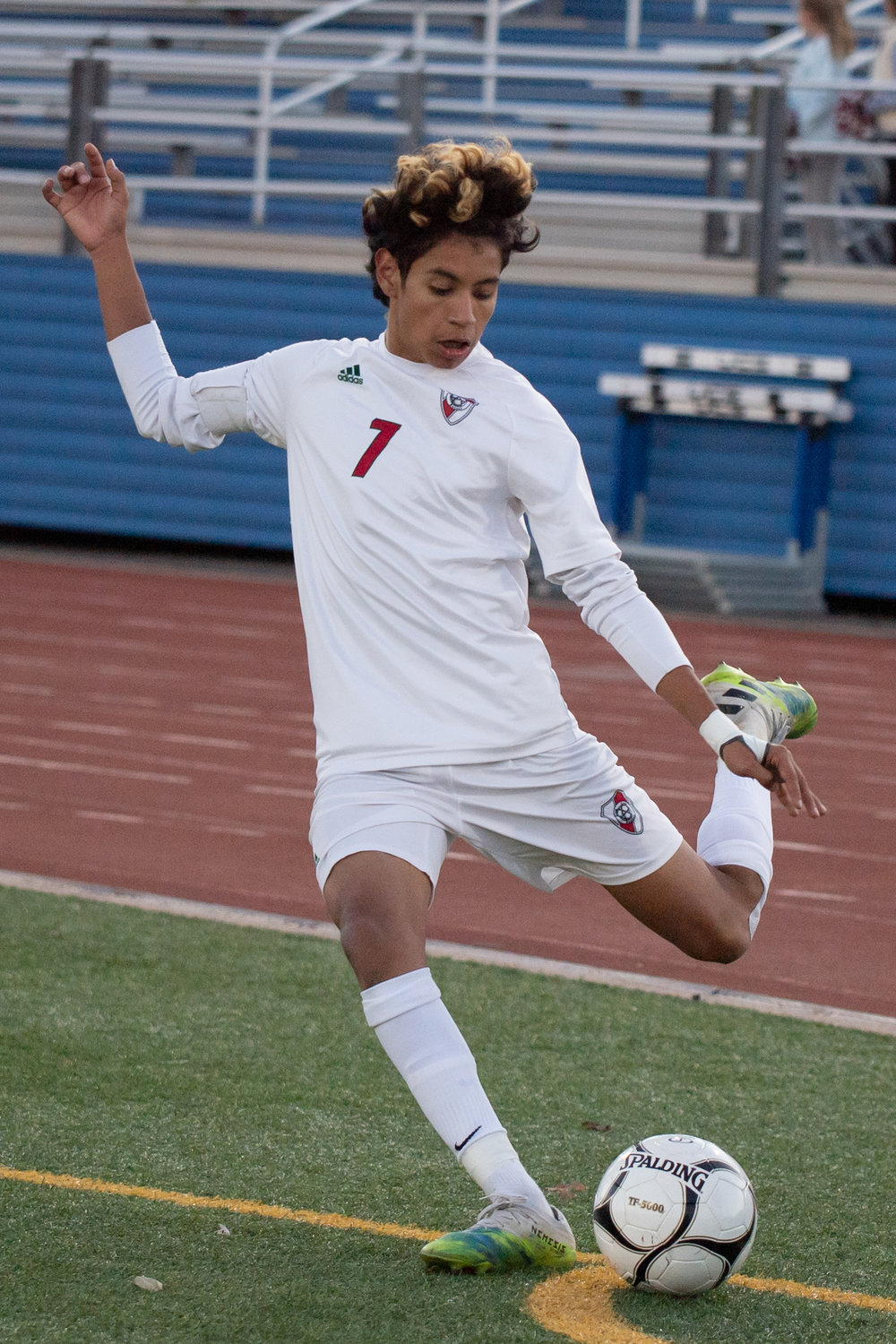 Senior Chrystian Hernandez had a huge season for Glen Cove with 9 goals and 18 assists.
Media Origin Inc./Herald
By Andrew Coen

The Big Red fought back twice from one-goal deficits in the Nassau County Class A boys’ soccer final Nov. 3 before Garden City’s Finn Connolly struck for what proved to be the game-winner with 8:41 left. The 3-2 loss at Mitchel Athletic Complex in Uniondale was a heartbreaking ending for a successful season that coach Brian Smith hopes paves the way for a consistent winning culture in future years.

“I’m very proud of what we accomplished as a team,” Smith said. “I’m sorry we didn’t get the result that we wanted, but ultimately through years of hard work and positive team effort I feel like we accomplished a lot.”

Trailing 1-0 more than midway through the second half, senior forward Chrystian Hernandez tied the score with 17:27 left. After the Trojans retook the lead just 76 seconds later, Hernandez once again answered the bell to knot the score 2-2 before Connolly netted the eventual game-winner.

Hernandez, who tallied 27 points for the season, is part of a core group of seniors along with Christian Yanes and Matthew Salinas who helped lift Glen Cove to big heights as a program with deep playoff runs the past three seasons. Yanes also had a big senior sendoff season statistically with 26 points on 17 goals and nine assists.

“These are some of the three most talented players in the county,” Smith said. “They are going to be missed.”

While the senior losses will be tough to replace near the net, Smith is excited about some talented offensive returners including sophomore Ethan Graziosi and junior Londell Wheeler. Freshman forward Enry Hernandez also made strides this season scoring the game-winner in the 88th minute of Glen Cove’s 2-1 semifinal victory against Manhasset on Oct. 29.

The backline will lose seniors Rafael Cruz, Anthony Maldonado and Jason Martinez. Junior Edin Alvarado will return along with sophomore Olvin Villalobos, who split time at goalkeeper this season with senior Dylan Trif.

Entering the playoffs as a 12-seed with an 8-4 record in Conference A2, Glen Cove knocked off fifth-seeded North Shore in the first round 4-1. The Big Red then erupted for five second-half goals in a 6-2 victory at Plainedge on Oct. 27 in the quarterfinals.

Smith said the fighting spirit of his 2021 team in battling back from adversity would lay a foundation for next season as it strives foe the program’s first county title since 2016.