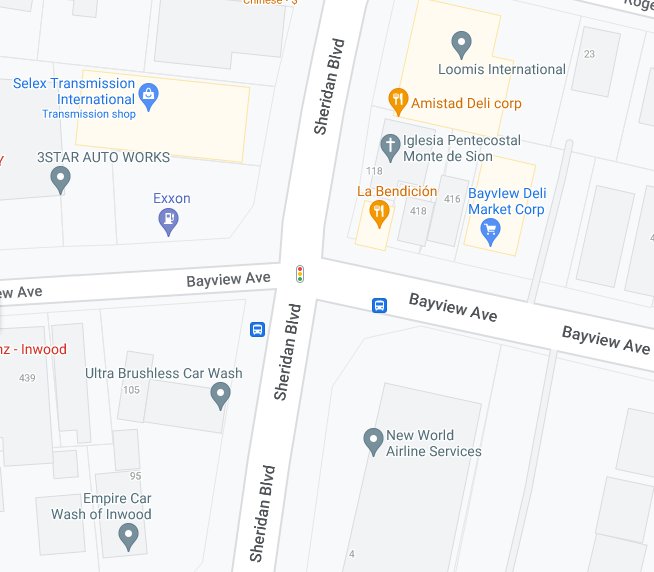 Nassau police arrested two people, including one who allegedly assaulted an officer, on Sheridan Boulevard near Bayview Avenue in Inwood on Sept. 6.
Google Maps
By Jeff Bessen

Two people, including a woman from Manhattan, were arrested by Nassau police in Inwood on Sept. 6 at 1 a.m.

Fourth Precinct officers saw a black 2010 Honda Accord with tinted windows, no front license plate and a broken headlight heading south on Sheridan Boulevard near the intersection of Bayview Avenue.

The police stopped the car. The driver, a 36-year-old man, did not adhere to multiple orders from the officers and physically resisted, according to police. He was arrested and not identified by police.

A woman, identified as Annessa Knight, 27, of West 31st Street, approached the police during the car stop and was “verbally aggressive,” police said and also ignored multiple orders. While arresting Knight who became “violent and combative,” according to police, one officer was injured.