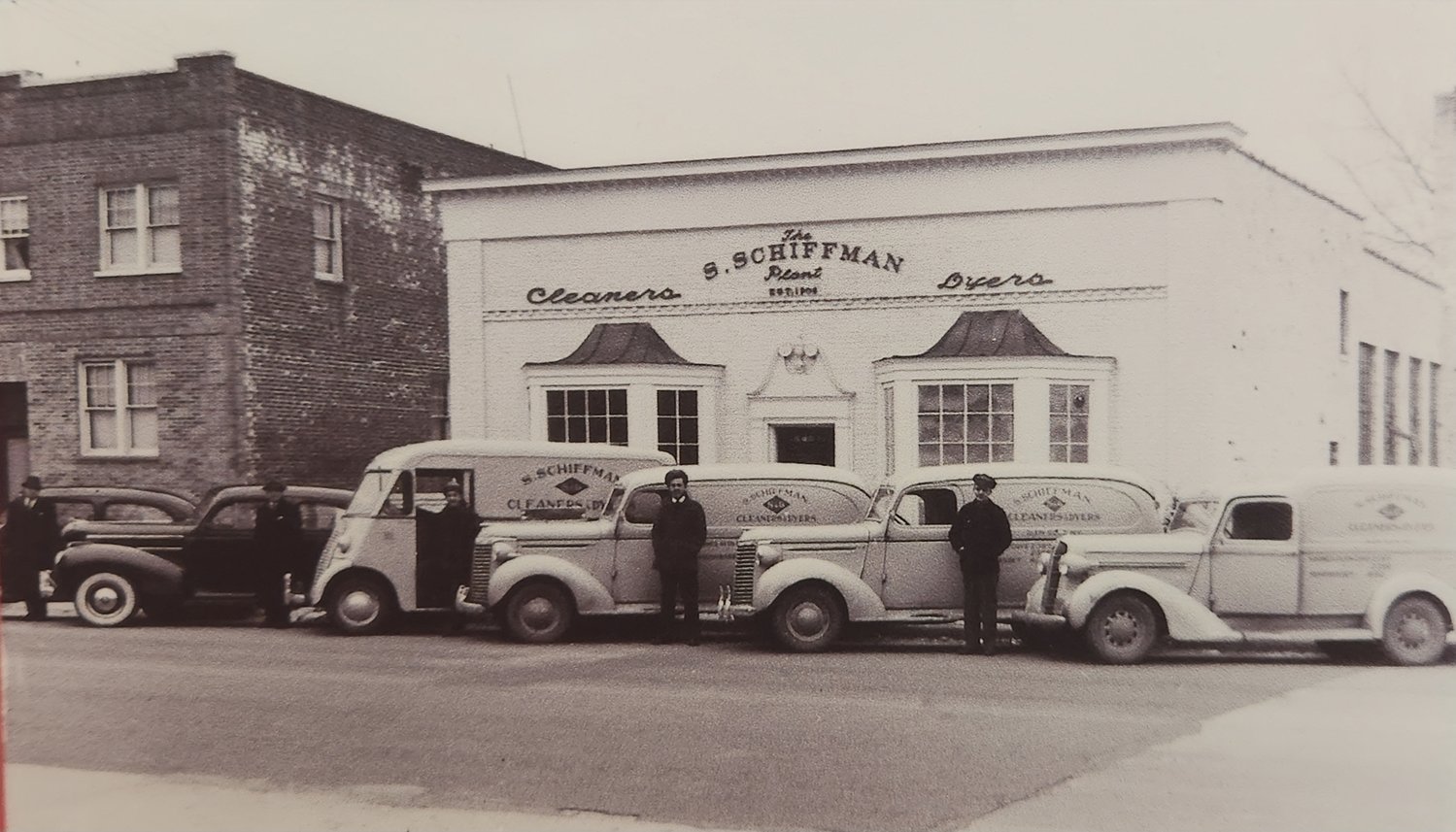 This photo from the 1940s of Schiffman’s Cleaners and Dyers, a family business on Glen Cove Avenue, is included in the exhibition at the Long Island Jewish Museum. Today the block is the site of Sorenson’s Lumber.
Courtesy Jewish History Museum 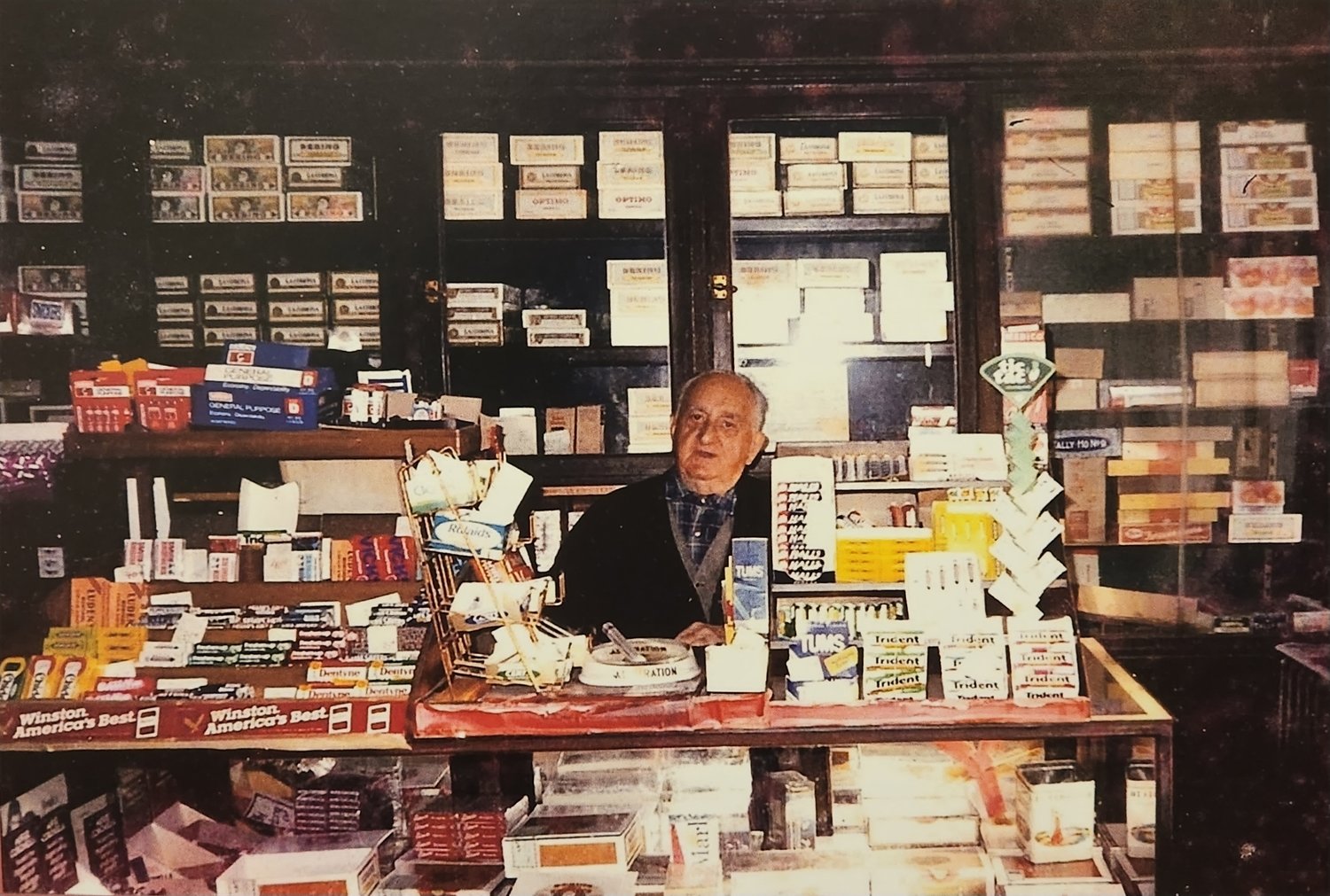 Isaac Raff, the fourth of Barnet and Rebecca Raff’s five children, was born in 1899 and lived almost all of his 92 years in Sea Cliff. He took care of his mother, never married, and ran a stationary store on Sea Cliff Avenue.
Courtesy Jewish History Museum 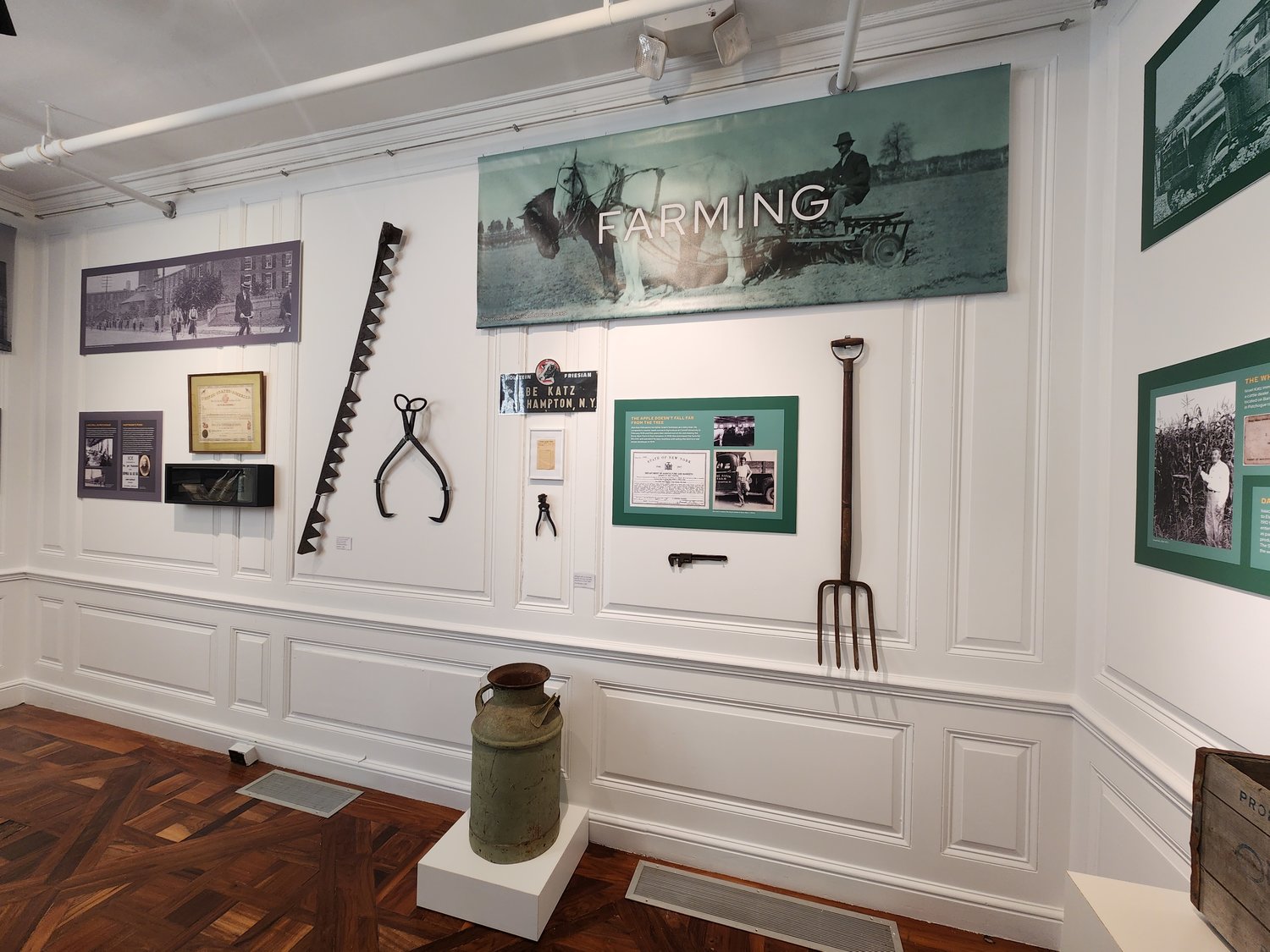 In the early 1900s, a number of Jewish farmers settled on Long Island’s East End, including cattle dealers, a duck farmer and dairy farmers. The exhibit features tools they used to maintain their farms.
Courtesy Jewish History Museum
Previous Next
By Roksana Amid

An exhibition from the Long Island Jewish History Museum highlighting the careers of Long Island's Jewish population, from early-20th-century farmers and tailors to modern bagel store owners and retailers, will go on display on Oct. 3 at the Holocaust Memorial and Tolerance Center of Nassau County in Glen Cove.

The year-long exhibit is different from what most would expect from the HMTC, since most exhibits have centered on the Holocaust. The exhibit, titled

“Earning A Living: 300 Years of Jewish Businesses on Long Island,” profiles over 60 businesses — farmers, manufacturers, retailers and those of other occupations.

Teaching and learning about the Holocaust provides an essential opportunity to inspire critical thinking, societal awareness and personal growth. The Holocaust spanned geographic boundaries, affected all segments of societies, and has been the focus through much of Jewish history.

However, having the new exhibit at HMTC is a reminder that there is more to Jewish history than their darkest hours.

“I always thought that people would assume that the Jewish community was really based on the Holocaust, and it's not,” said Andrea Bolender, chairwoman of the board at the Memorial and Tolerance Center, whose father, a Long Island butcher, was a Holocaust survivor.

On display are over 100 artifacts that tell the stories of how the Jewish communities on Long Island supported their families. One such example is Louis Cohn’s sewing machine from 1910 that has been used by four generations of the Cohn family at the Amityville Men’s Shop, a tailor and clothier that has been in business for over 110 years.  Another is a stock certificate for ownership of shares in Rothman Pickle Products, an enterprise started by Joseph and Katie Rothman in East Northport in 1914.

Historical records have documented the growth of the Jewish population on Long Island after World War II. Less attention has focused on settlers dating back to the early 1700s.

“Long Island is the fourth largest Jewish community in the United States today, yet has been overlooked for its historical significance in the American Jewish landscape,” said Brad Kolodny, president of Jewish Historical Society of Long Island, the organization that has created the Long Island Jewish History Museum. “Most people are aware of the Jewish population growth in Nassau and Suffolk counties after World War II, but our history goes back much further than that.”

The exhibit, Kolodny added, is the most ambitious project the Jewish Historical Society has put together since its inception in 2021.

Many Long Island Jews had jobs in manufacturing, which is a focus of the exhibition, including a late-19th century ice harvesting operation in Amityville, an East Northport sauerkraut factory and a rubber company based in Setauket.

Interesting personalities and uncommon ways of earning a living are showcased. Harry Brause, a liquor store owner in Glen Cove, became a bootlegger during prohibition after his store closed. During Prohibition, Brause sold liquor to wealthy mansion owners on the Gold Coast by going into Hempstead Harbor on a boat.

After Prohibition, the Brause Liquor Store re-opened and existed for seven more decades. In Sea Cliff, Brause’s sister, Rebecca Raff, ran a dry cleaning and tailor shop with her husband until he passed away in 1914. After her husband’s death, Raff ran the business herself for 40 years.

Other interesting personalities include the first Jewish policeman in Glen Cove, Izzy Goldstein. Also highlighted is George Morton Levy, a lawyer in Freeport., who founded Roosevelt Raceway in Westbury and revised the flagging sport of harness racing.

The largest area of the exhibit is about retail. Starting with peddlers who came out to Long Island in the 1880s who went from town to town and from farmhouse to farmhouse, earning a living by selling whatever they could carry out in a horse and wagon. The retail portion of the exhibit runs the gamut from clothing stores to liquor stores and restaurants.

The exhibition doesn’t only feature businesses that are long gone. Some modern companies highlighted at the museum remain, including the popular Bagel Boss franchise and Fortunoff, the most recognizable modern Jewish-owned business on Long Island.

The exhibit about Long Island Jewish owned businesses concludes the tour of the museum. It comes at the end of HTMC’s permanent exhibits detailing the events of the Holocaust.

“You feel there's hope, there's pride,” said Steven Kantorowitz, who sits on the board of the Historical Society. “It's a good feeling after you've seen the sadness of what happened to the Jewish community in Europe.”

Admission to the Long Island Jewish History Museum is free and is covered under the suggested donation to enter the Holocaust Memorial and Tolerance Center in Glen Cove.