Rescuing roads from ruin, one mile at a time 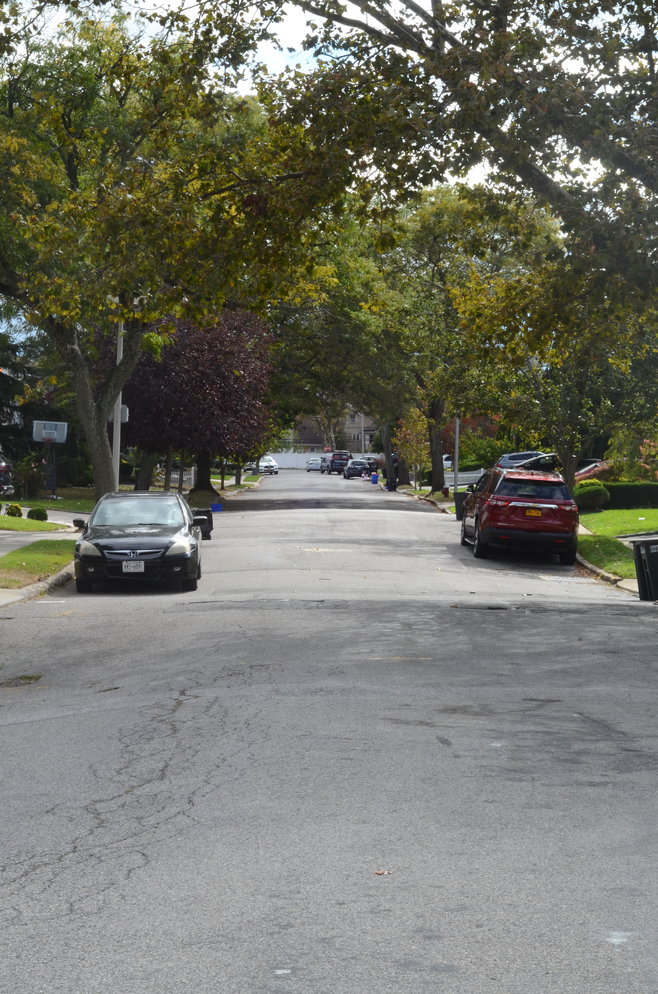 Valley Green Drive, with undulations, ruts and cracks, is one of the most deteriorated stretches of road in Valley Stream. Village officials said they plan to redo it in the near future.
Juan Lasso/Herald

With fall in full swing, people are bracing for the frigid temperatures, snow and ice that come with winter, all of which wreak havoc on asphalt roads, causing cracks and potholes. After years of ceaseless decline, many roads are due for a complete overhaul. That is the job of Joe Accarino and the personnel at the Village of Valley Stream Engineering Department.
Accarino, the village engineer, and his team must steadily reconstruct the village’s 80.6 miles of road — the distance from Valley Stream to East Hampton on Sunrise Highway. On average, the village redoes two miles of road per year, at a cost of $1 million per mile of road, paid for with local and state funds. It takes roughly 40 years to redo all the village’s roads.
“It’s an uphill battle,” Accarino said. “Some of the roads are really bad. They have to be fully reconstructed, meaning we have to rip the whole road up. We do the curbs, the driveway aprons...but some roads, as long as the base is good and the curbs, aprons, grades and water pitches are good, we just mill off and pave the top.”
The village covered an average of 6,700 feet of road per year from 2015 to 2020, with 9,445 feet covered last year with new reconstruction methods. Additionally, village officials’ approach to deciding when and where to redo roads has changed. In 2016, Accarino, in partnership with Cornell University, conducted a road management study that surveyed all the roads and rated their condition from best to worst based on various criteria, including traffic density, proximity to schools or fire routes, and types of cracks and craters to prioritize streets that need repair. But other circumstances, including residents’ feedback, came into play when making the final call.
The conventional approach, according to Accarino, was to spread reconstruction throughout the village every year so as to quell residents’ complaints that their area of road was being overlooked. Now, Accarino has gone against the grain by trying to focus and finish entire zones “so that eventually the roads will deteriorate at the same rate,” which will ultimately be more cost-effective than having to jump around to different parts of the village on any given year.


Next year, the village will oversee reconstruction of the municipality’s west end, including the Hungry Harbor and Gibson area. Accarino has set his sights on a notorious stretch of residential street known as Valley Green Drive, which is riddled with massive road cracks and undulations.
“We’re going to normalize the road as much as possible,” Accarino said. “Take the high spots, make them as low as we can. Take the low spots, make them as high as we can with all new asphalt, new curbs and drainage.”
Despite an initial setback because of the coronavirus pandemic, this year’s scheduled road reconstruction was completed on time. And so, for now, Accarino and his team will wait out the cold season, when reconstruction becomes impossible, before they begin their work again next year.

Drummond sworn in as associate justice