Rev. Hurst: A pastor for current and new generation 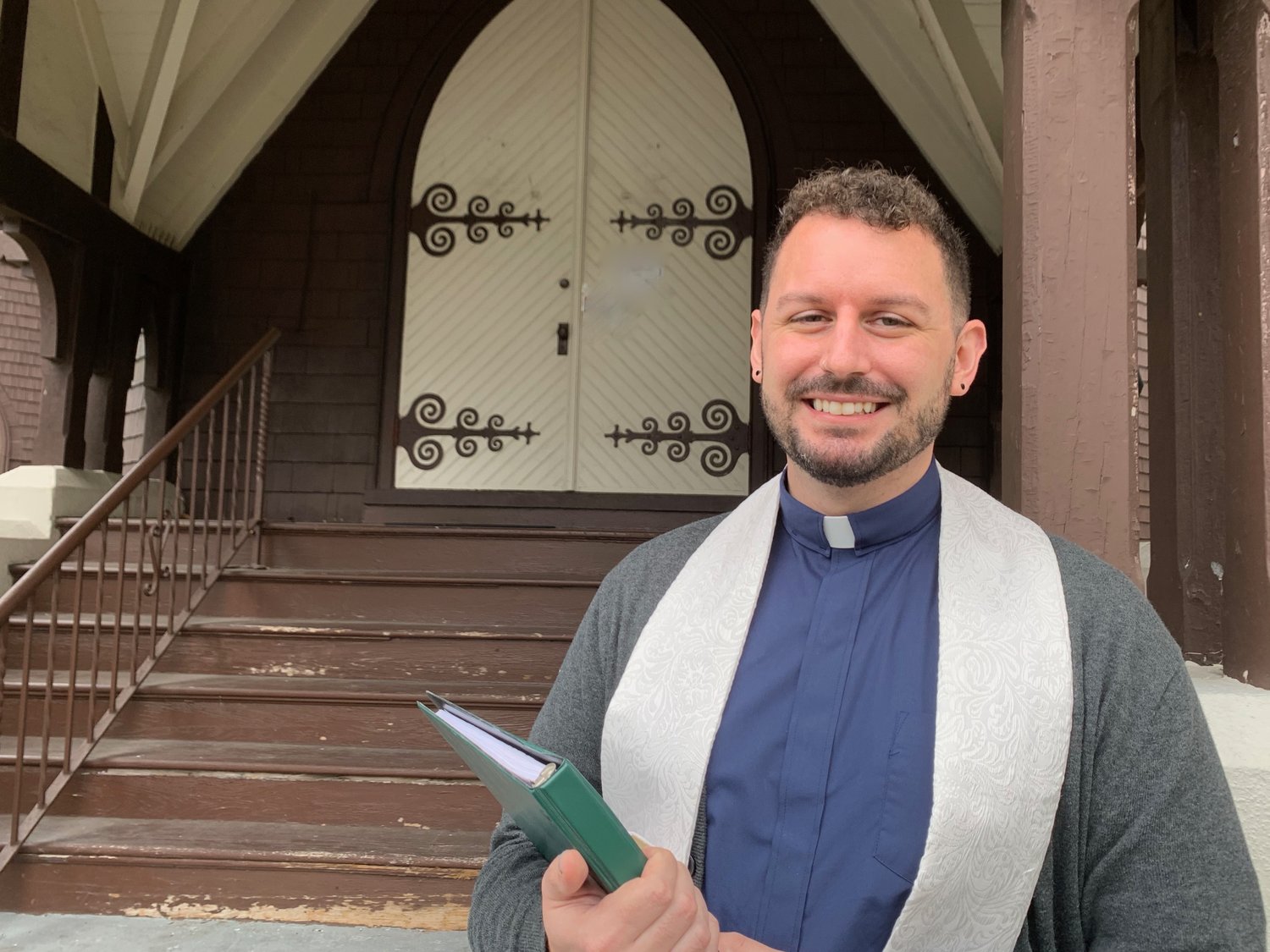 Hurst has served in a variety of church roles in Florida, New Jersey and New York City.

The Rev. Lance Hurst, 30, of Brooklyn, became the pastor of First Presbyterian Church of Glen Cove on Nov. 1. His first job interview with the search committee took place over Zoom.

“They were just laughing and having a good time in the interview,” Hurst said. “They could not take themselves too seriously, but take the work seriously and it just made me feel at ease. I felt like I had a fun time interviewing with them and I felt connected to them.”

First Presbyterian Church of Glen Cove Elder Gaitley Stevenson-Mathews, who also serves as a city councilman, said that the church is thrilled to have Hurst as pastor.

“I feel that in a big way that while he’s relatively young, he brings not only a foundation theologically, but also he has a broad background in his faith journey in many denominations,”  Stevenson-Mathews said.

With First Presbyterian long established, Hurst said that each generation of leadership has had to question what the church was going to be as a community.

“One of the big things that the Presbyterian Church has wrestled with is whether or not we can affirm LGBTQ people,” Hurst said. “[First Presbyterian Church of Glen Cove] decided this for over half a decade now, but I’m a queer person and I’m obviously serving in that church as pastor.”

As the new pastor, Hurst said he hopes to have the church continue to ask questions that brings to mind traditions, values and worship and whom it serves.

Hurst said that he’s grateful to his predecessors for making First Presbyterian Church an affirming place. “I don’t even have to bat an eye about talking about my sexual orientation,” Hurst said. “I don’t have to think twice about bringing my partner to church. It’s a no brainer, which is refreshing.”

Hurst grew up with a Southern Baptist background in Jasper, Fla. that was “very conservative,” he said. “My parents didn’t go to church. I only went with my grandparents.

During Hurst’s first years of high school, he had begun attending a non-denominational church with a friend. “That was the first time that I felt this sense of something larger then me, something bigger then me that actually really loved me,” Hurst said, adding that it was the first time he began to love his reflection in the mirror. “But it also had this other message that made it feel as though love is so conditional based on whether or not we were living in, quote-on-quote, sin. And of course one of those sins was homosexuality.”

At the time, Hurst said, he wasn’t aware of his sexual orientation, but he was aware of his dream of becoming a pastor. His dream became a reality when he began studying practical theology at Southeastern University, a Christian liberal arts college.

“Then I did a masters there and doing my masters I realized that I was gay,” he said, “and that was a big moment for me because my whole faith tradition that I inherited told me that I couldn’t be gay.”

Hurst would have to decide how his sexual orientation would impact his faith journey. At the time, he had been serving as a pastor and he began to question if being a pastor was even for him, going onto studying higher education at Princeton Theological Seminary in New Jersey.

“I worked in Westminster Presbyterian Church in Trenton, New Jersey and while I was there I just fell in love with that community and I fell in love with the work of pastoring again,” Hurst said. “I felt so connected to this work of creating a community, creating a space that people could come to and they could be reminded week after week that they are loved. That they are enough.”

He knew that being a pastor was his calling, but he didn’t know that serving during a pandemic would be part of his journey, a challenge going into a church with its longtime traditions, like the Thanksgiving luncheons that he had to say “no” to.

Planning on moving to Glen Cove in a month, Hurst commutes back and forth between Brooklyn and Glen Cove, holding meetings and other special events over Zoom. He said he’s just thankful for state guidelines on houses of worship when it comes to protecting the congregation and the surrounding community from Covid-19.

“People want to be together,” Hurst said. “There’s a lot of weight on faith leaders’ shoulders right now to determine what is safe and what is not for their community.”

Right now, First Presbyterian Church of Glen Cove is observing in-person services on Sundays, as the sanctuary is large enough for the congregants to adequately distance themselves. For now, congregants have to forego worship through singing.

“It’s definitely challenging and very different then it would normally be,” Hurst said.