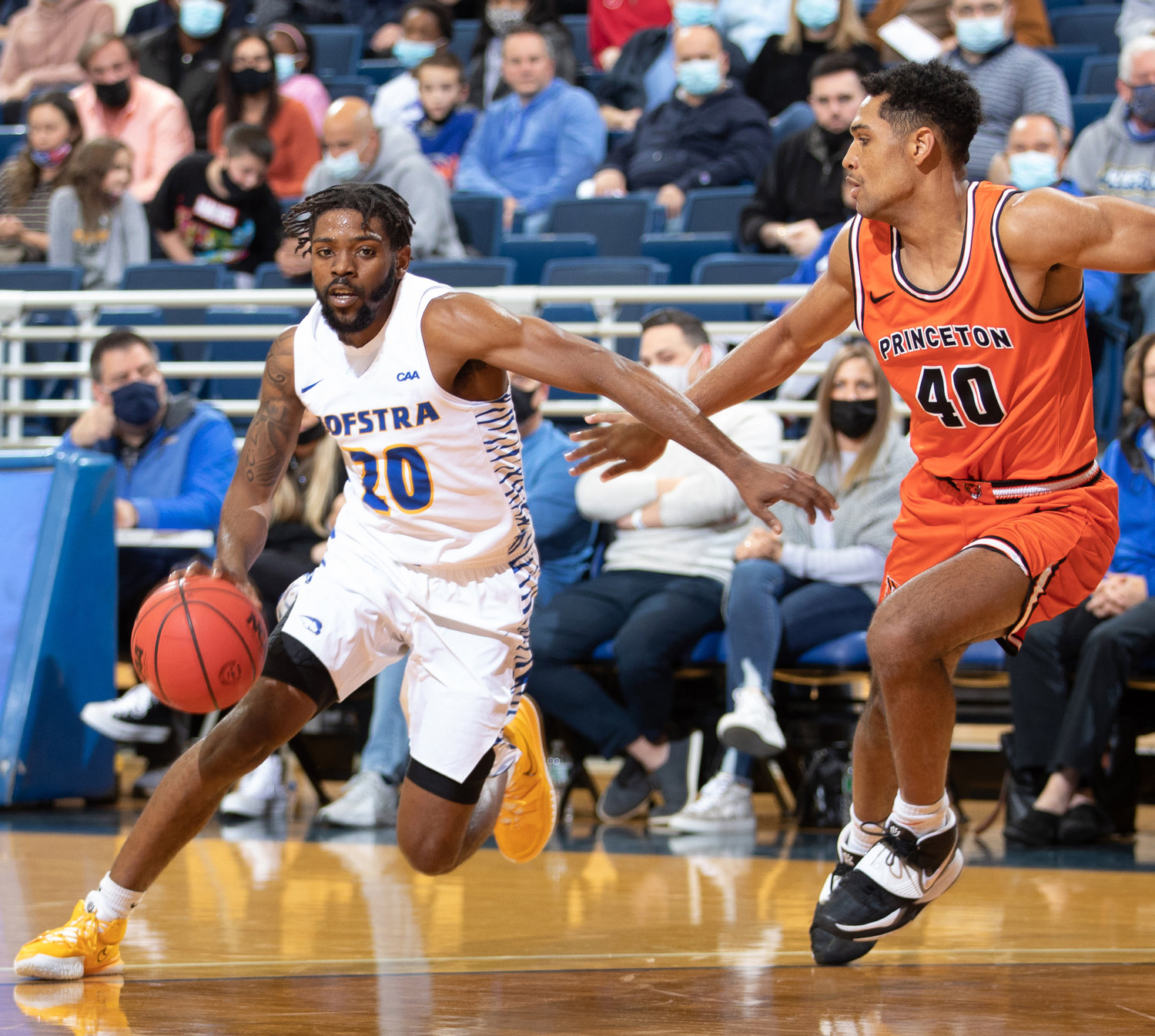 Speedy Claxton elevated Hofstra to new heights as a player and now he’s looking to do the same from the bench.

The new Hofstra men's basketball head coach and former NBA guard took over the program this past spring 21 years after he led his alma mater to the 2000 NCAA Tournament as champions of the America East. He will now look to his alma mater back into March Madness two years after Hofstra captured the Colonial Athletic Association (CAA) title just before the NCAA Tournament was canceled due to the start of the pandemic.

“I still have to stop to pinch myself,” said Claxton, who played 10 years in the NBA and was part of the San Antonio Spurs' 2003 championship run. “I'm blessed and I look forward to leading this program into the future.”

Claxton's coaching debut nearly featured a monumental upset when Hofstra fell at 15th-ranked Houston 83-75 in overtime after holding a 13-point lead with 8:30 left. The game showcased the talents of Pride newcomer Zach Cooks, a graduate student transfer guard from NJIT who scored a game-high 26 points. Junior guard Aaron Estrada, a transfer from Oregon, also shined during his first game in a Hofstra uniform with 15 points.

Red-shirt sophomore forward Kvonn Cramer earned CAA All-Rookie team honors as a freshman last year and Claxton is looking for more of a breakthrough in 2022. Abayomi Iyiola, a 6-10 redshirt senior forward and Arkansas transfer, also provides an inside presence.

Hofstra (6-5) was picked fifth in the CAA preseason poll. The Pride open conference play at William & Mary on Dec. 29 with its CAA home opener on tap for Jan. 3 against UNC-Wilmington (UNCW) on Jan. 3 at 8 p.m.

“I think we will be in the upper echelon of the conference,” Claxton said. “It's wide open with a number of teams that can win it.”