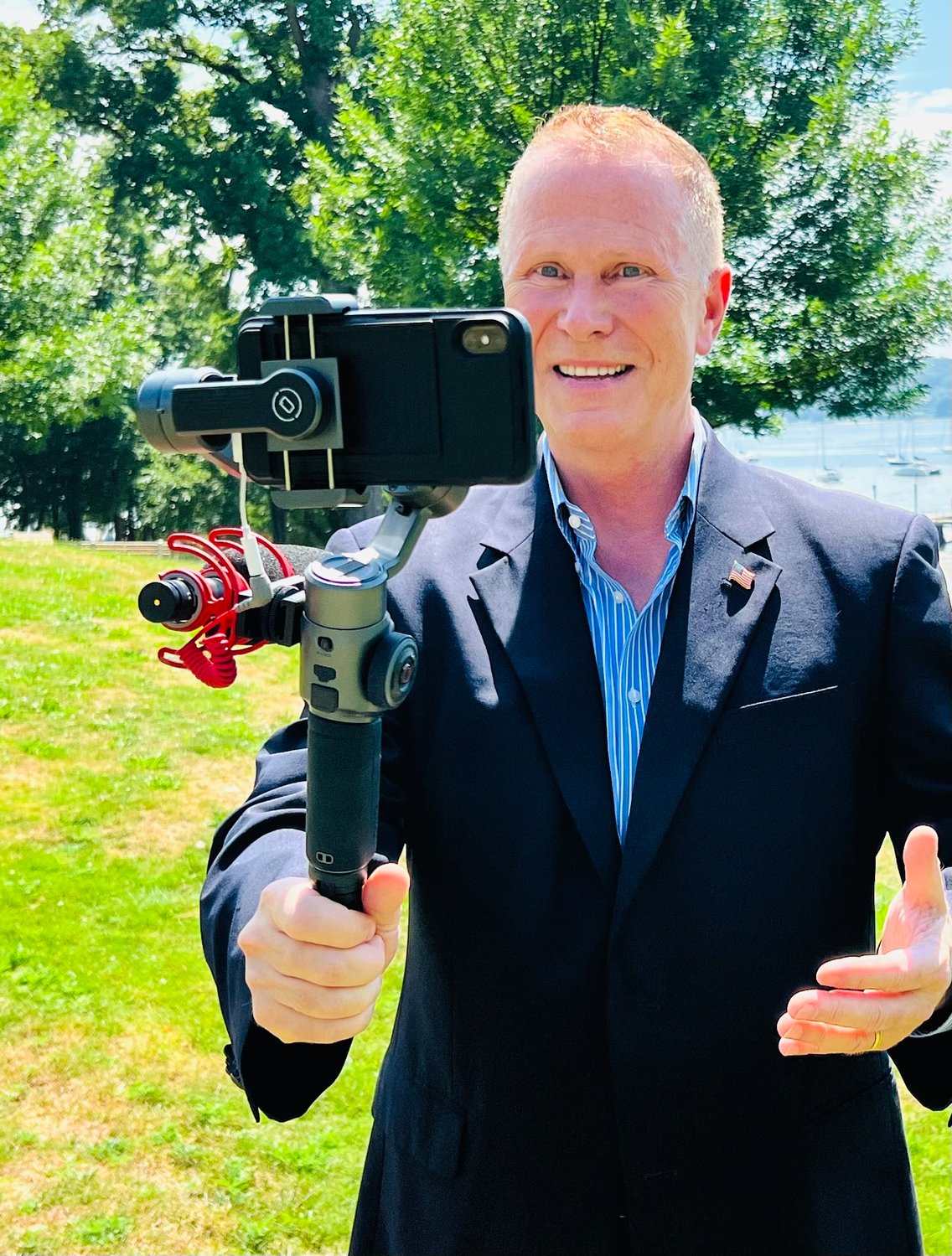 Gaitley Stevenson Mathews, a voice and speech coach for more than 30 years, who was also a Glen Cove City councilman, is committed to helping his fellow residents. Although the 61-year-old is a founding member of NOSH, a program of the North Shore Soup Kitchen, is a board member of the North Shore Historical Museum and serves as an elder at First Presbyterian Church of Glen Cove he wanted to do more.
The idea to create a YouTube channel, “This Week on the North Shore” came about from his own frustration. Like many in the community, Mathews is busy, and often must carefully pick and choose what events to attend. He kept finding it hard to locate events that were being offered in one convenient spot.
Possessing a background as a former theatre producer, he figured he might be able to offer something that would serve the community by way of social media — a listing of sorts of what’s happening in Glen Cove each week. “Nothing makes me happier than shining light on the best that our community has to offer,” Mathews said.
His YouTube channel, “This Week on the North Shore,” offers weekly updates of community events and he’s often at the locations where the events will take place.
He posts daily on his Facebook page, where under the guise of his company, GSM Communications, he also helps bring the community together through a combination of text, images, and video.


Mathews keeps an eye on events offered at Morgan Park, Deep Roots Farmers Market at Garvies Point and events benefiting Cove Animal Rescue to name a few.
Glen Cove residents like Paula Frome think that Mathews provides a service the community needs. The North Shore is often unrecognized, she said, for its many vibrant events organized by locals.
“Gaitley really loves the community and is a great ‘booster,’” Frome, said. Boosting is a marketing tactic on social media that can exponentially increase the amount of people that see online content. “It’s a place where everyone can go and see what’s happening.”
Through Mathews’ efforts, Frome said she’s been able to attend concerts at Morgan Park and local farmers markets.
“I applaud Gaitley’s efforts reaching out to our community via social media,” Maryann Ward, of Glen Cove, said. “I personally find it quite helpful.”
Ward said although she keeps herself up to date with community activities, if she needs to quickly check on an event, she can count on Mathews, who finds his information by combing through various local social media avenues, community calendars and press releases. Information is also sent to him by residents.
After he gathers his information, Mathews often starts his day piecing together scripts for his YouTube channel. Then during his lunch break, he edits his videos using iMovie. Although deadlines can be stressful, he said he loves the challenge that his projects bring. And he likes interacting with his community.
“He does ask if he misses something or if he doesn’t know about it to please let him know so he can inform everyone,” Jo Ann Russo, of Glen Cove, said. “Bottom line — he is a big asset to Glen Cove and very involved because he cares about our city. I wish I had his energy to attend and be there at everything Glen Cove has to offer.”
Mathews can be found often updating community boards at places like Morgan Park. When asked why, he said he feels compelled to help to do so. “I come from a family that always asks what can you do for the community, and to me it is so important to serve,” he said.
Report an inappropriate comment