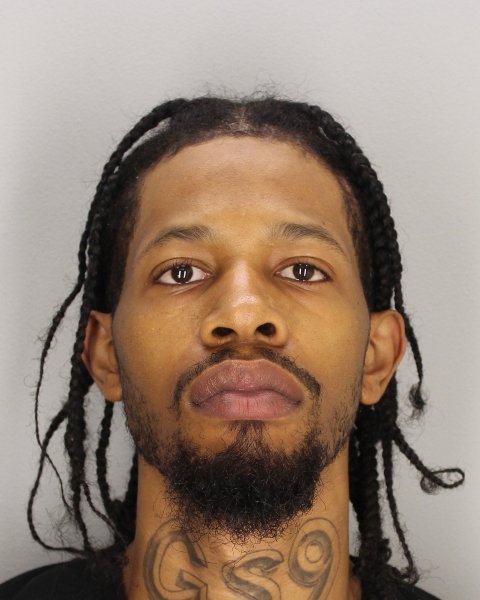 Police have confirmed that Brooklyn resident Remy Marshall, 26, the alleged Glen Cove Mansion shooter, turned himself in on July 21 at the Glen Cove Police station accompanied by his lawyer, Javier Solano, a Manhattan criminal attorney.

Marshall, a hip-hop Def Jam Recording artist who also goes by the name Fetty Luciano, is a member of DS9 crew. He’s being charged with attempted murder, criminal possession of a weapon and reckless endangerment — all felonies, for the shooting at Glen Cove Mansion on July 10. Police said he has been arrested before.

“This is a good thing for Glen Cove,” Pam Panzenbeck, Glen Cove’s mayor, said. “People were worried. The Glen Cove Police are the greatest police department.”

Helen Whitehead, assistant director of business development for the Mansion, said at a July 12 news conference that the shooter attempted to gain access to the “Big Fendi Celebrity Pool Party,” but was turned away at the door. The party had been advertised on social media and drew between 150 and 250 people.

Police say Marshall allegedly shot a security guard and two partygoers in the lobby of the Mansion who were taken to Glen Cove Hospital. They did not sustain life threatening injuries.

"We identified him the day after the shooting and were actively seeking him," Deputy Chief Christopher Ortiz said. "He heard we were looking for him. He's a very well-known individual."

“It was a lot of long hours to identify and locate the suspect,” Nagle said. “You don’t want this type of case to stay open. We want to keep the Glen Cove community safe.”

Panzenbeck said the city had denied the Mansion a permit for the party, but promoters held it anyway. The Mansion’s attorney Michael Finkelstein would not comment regarding the permit.

Two days after the incident, the New York State Liquor Authority suspended the Mansion's liquor license and charged it with 10 violations of the Alcoholic Beverage Control Law. The charges include failure to conform to the application by operating as a nightclub and failure to obtain local permits for an outdoor event with amplified music.

According to the SLA, when police arrived partygoers were running and pushing to leave the building while employees attempted to mop up blood from the crime scene … patrons, employees, and promoters were throwing boxes of alcohol in their cars and running off with bottles of liquor.

Ortiz, who was one of the responding officers that night, said there were a lot of people there and the scene was chaotic.

"The arrest is important for our community," he said, "and I'm very happy we were able to get him and get justice for the victims and this entire city."

The SLA held a special board meeting on July 22 to consider the Mansion’s “Conditional No Contest” offer of $50,000 to settle the charges. “The board rejected the CNC offer and countered with a $50,000 fine, in addition to mandating that the licensee report monthly to the local (police department) on any planned events, in addition to having recorded music only at the pool area of the premises,” William Crowley, spokesperson for the SLA said. “The licensee accepted the counteroffer. Once the SLA receives payment the license will be reinstated.”

In the meantime, no alcohol can be served at the Mansion.