Blakeman ahead in race for county exec, Donnelly elected D.A. 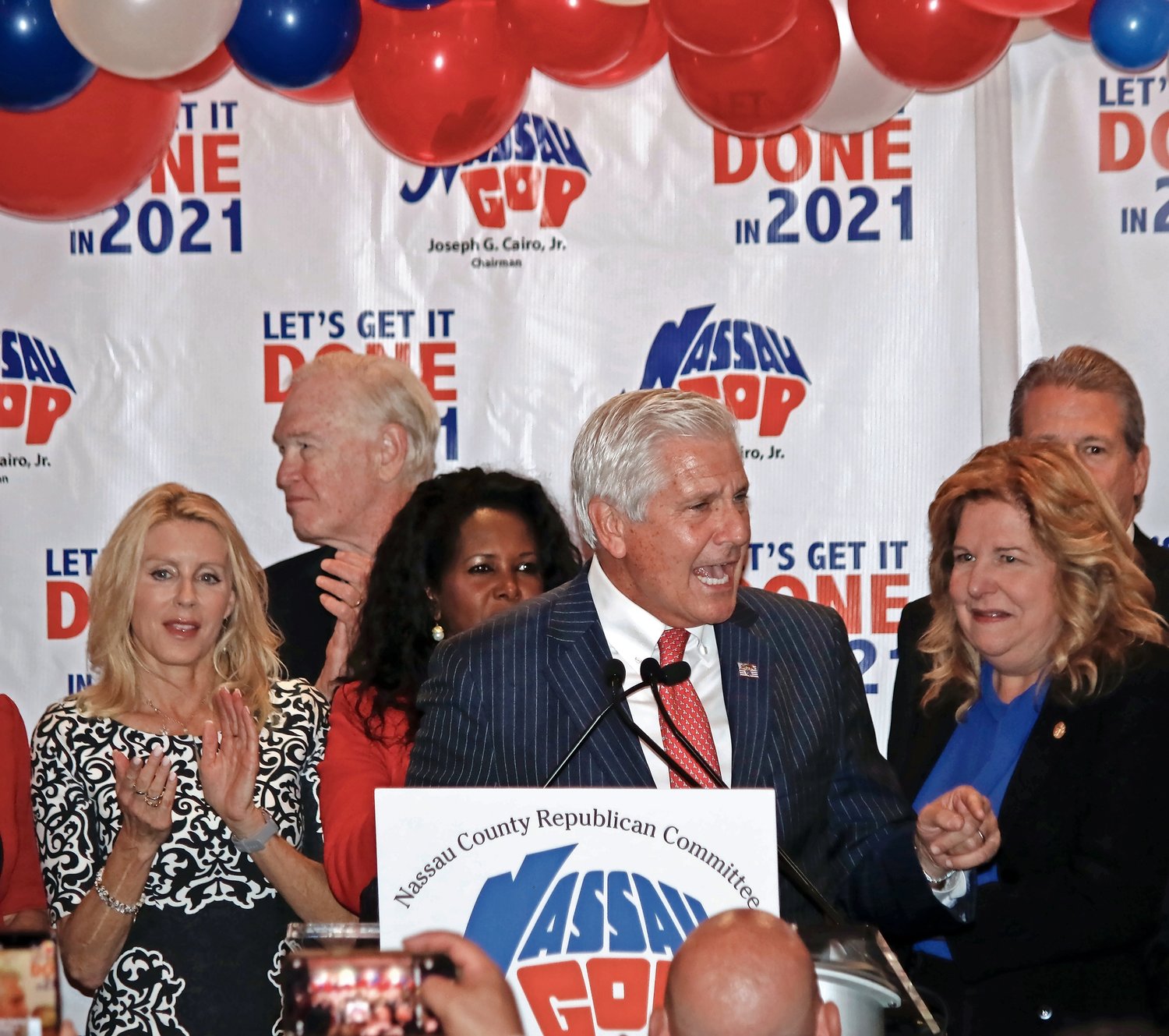 Town of Hempstead Councilman Bruce Blakeman was ahead in the race for Nassau County executive in what could very well be an upset victory over incumbent Laura Curran.
Christina Daly/Herald
By Herald Staff

At press time, Bruce Blakeman, the Republican Town of Hempstead councilman, had surged past incumbent Democrat Laura Curran in the race for county executive, with nearly all precincts reporting. An official winner had not been declared in the race, but Blakeman had 52 percent of the vote to Curran’s 47 percent. Close to 20,000 absentee ballots remained to be counted, however.

Democrat Claudia Lovas, who challenged longtime Republican County Legislator Denise Ford in Legislative District 7, but lost, said: “I learned you just got to keep going. It was a very tough race, but I’m glad I did it.”

Absentee ballots were yet to be counted. All results remain unofficial until certified.