More than 50 businesses promoted that night 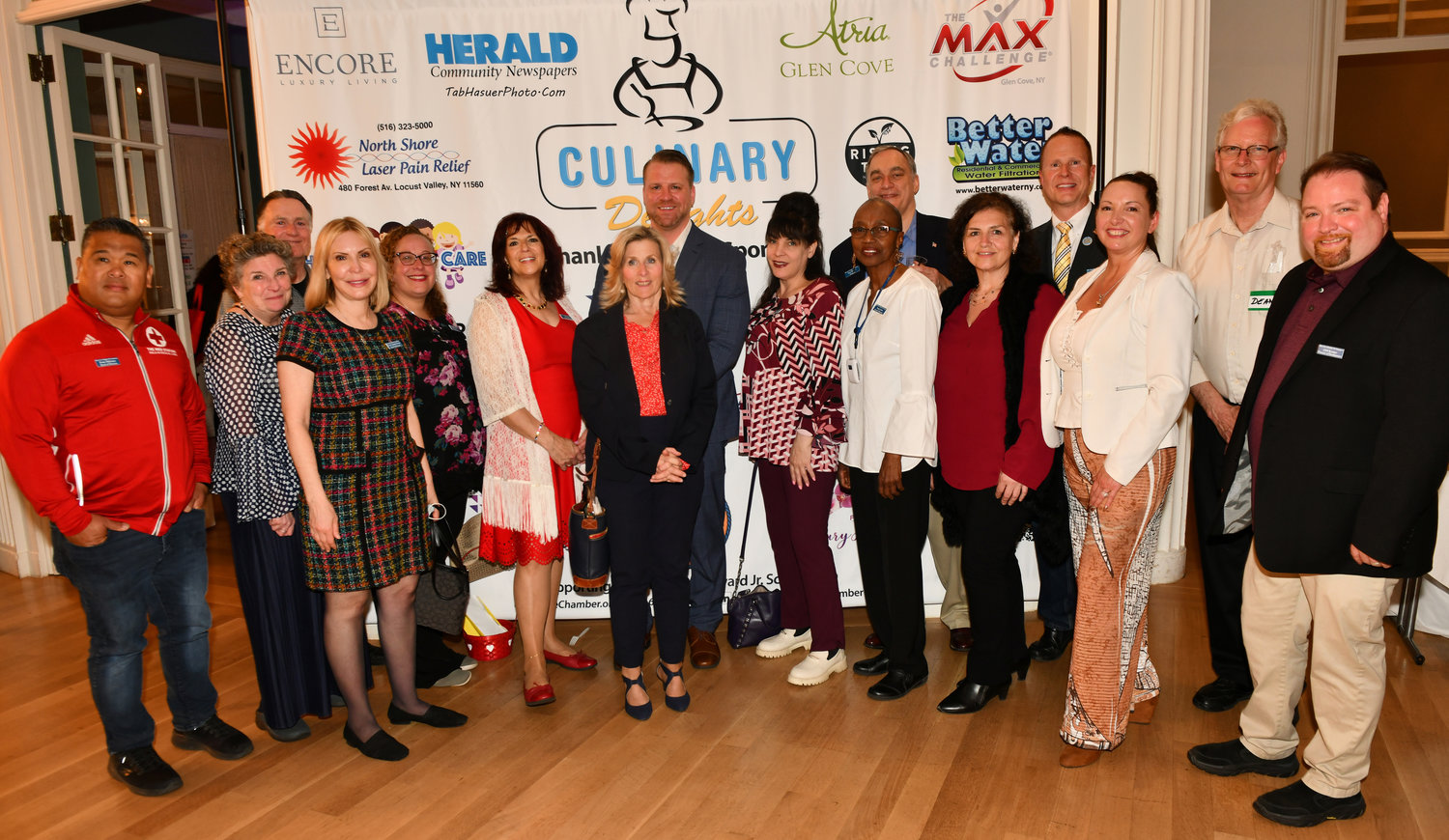 The Glen Cove Chamber of Commerce Board of Directors with Mayor Pamela Panzenbeck, center, supported local businesses at Culinary Delights at The Mansion.
Tab Hauser/Herald 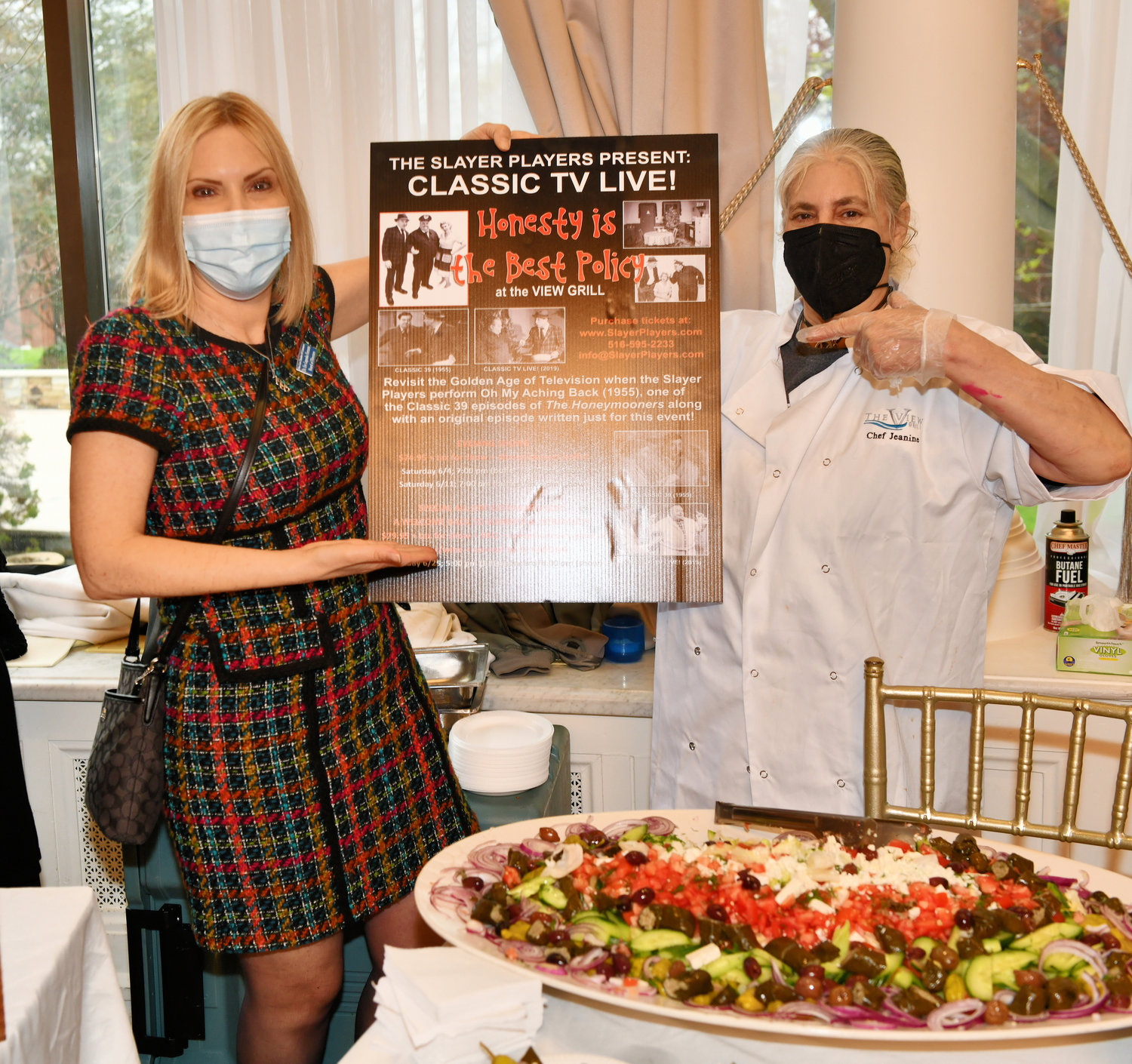 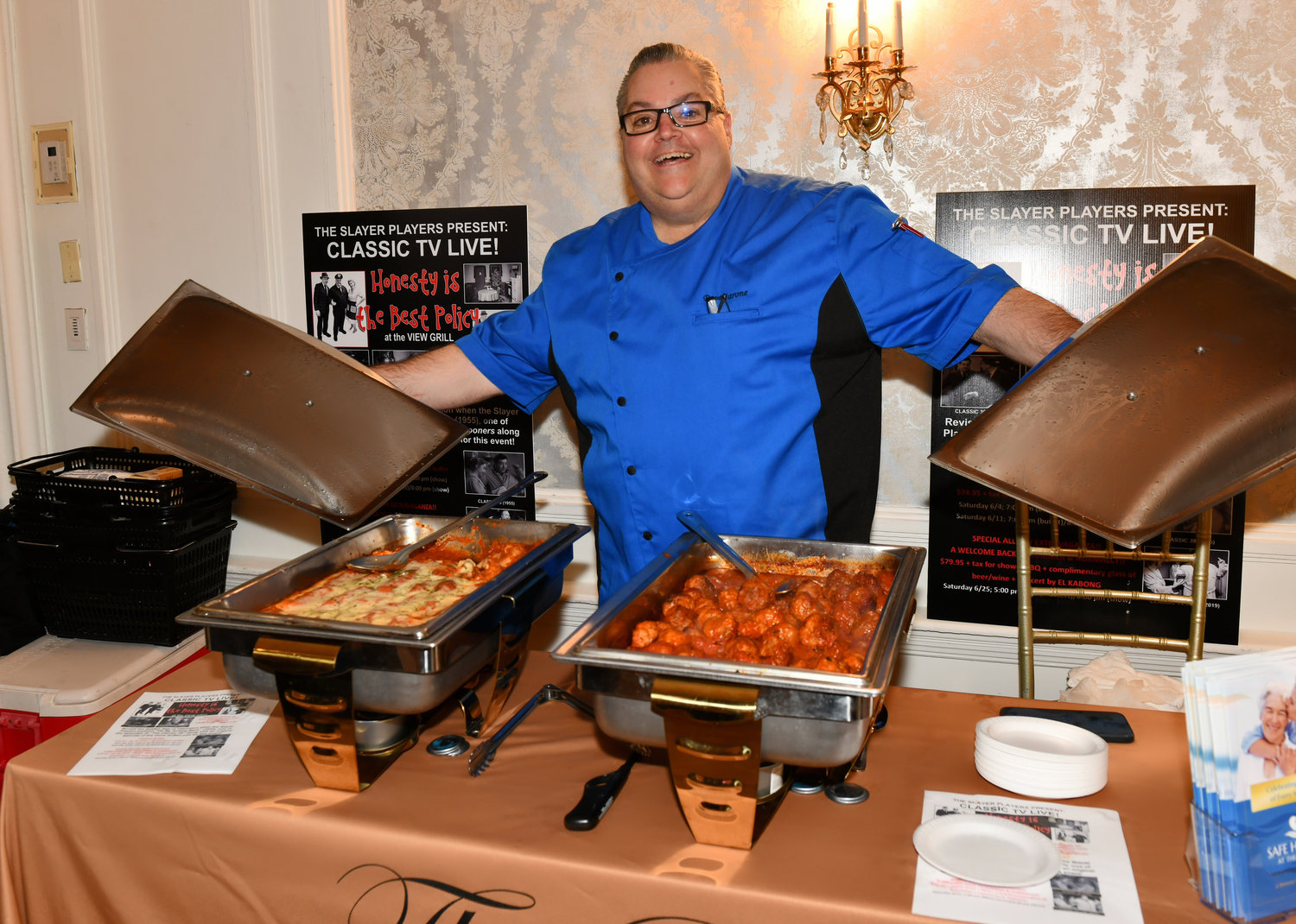 Chef Pat Marone, left, of the Regency enjoyed every minute of plating his culinary creations for guests.
Tab Hauser/Herald 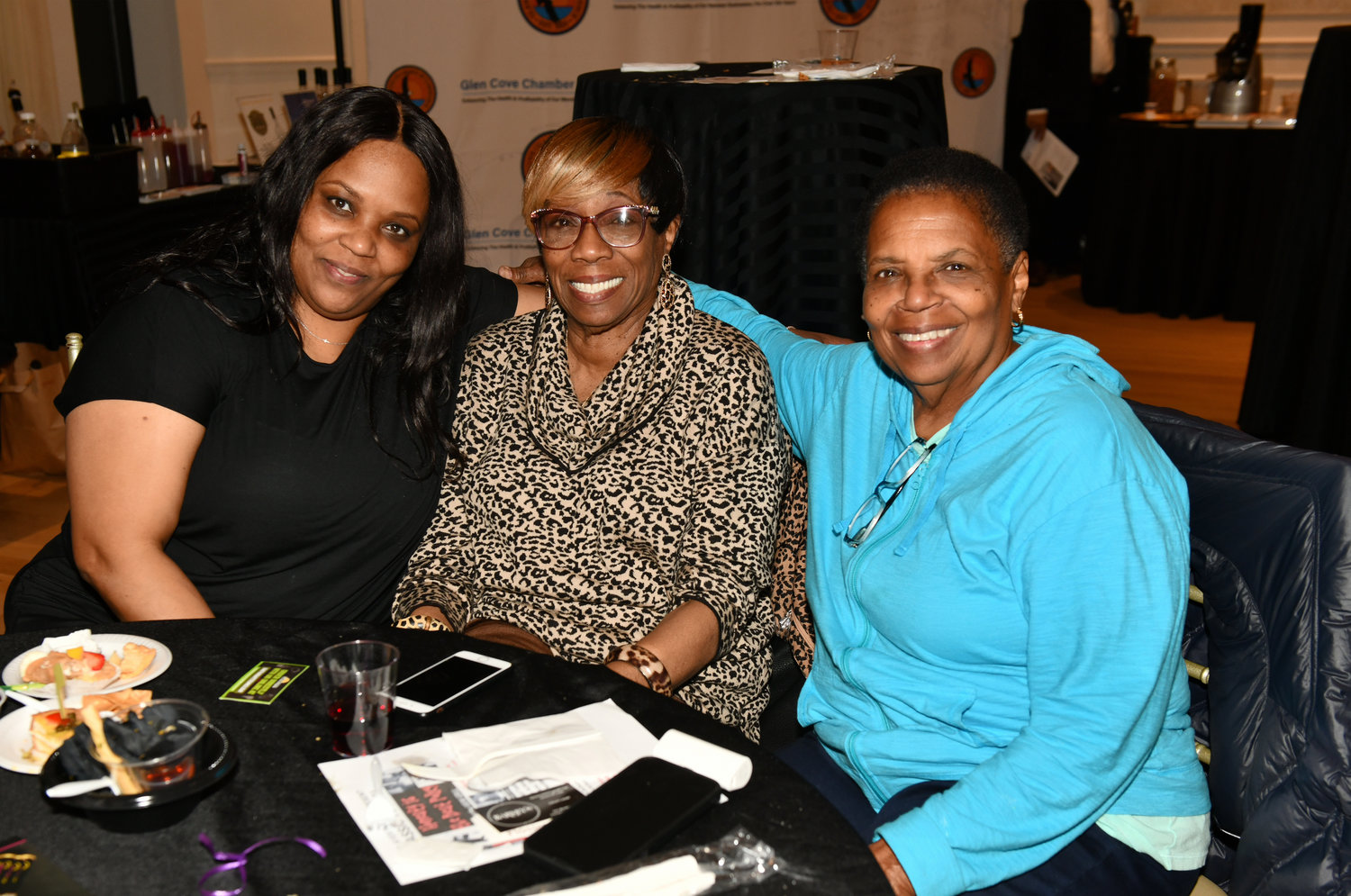 Over 300 people attended the 24th annual Culinary Delights at the Mansion, including, from left, Diane and Lexy Morgan and Cathleen Mealing. They were there to support area restaurants and the Dr. Glenn Howard Jr. Scholarship Award for high school students.
Tab Hauser/Herald 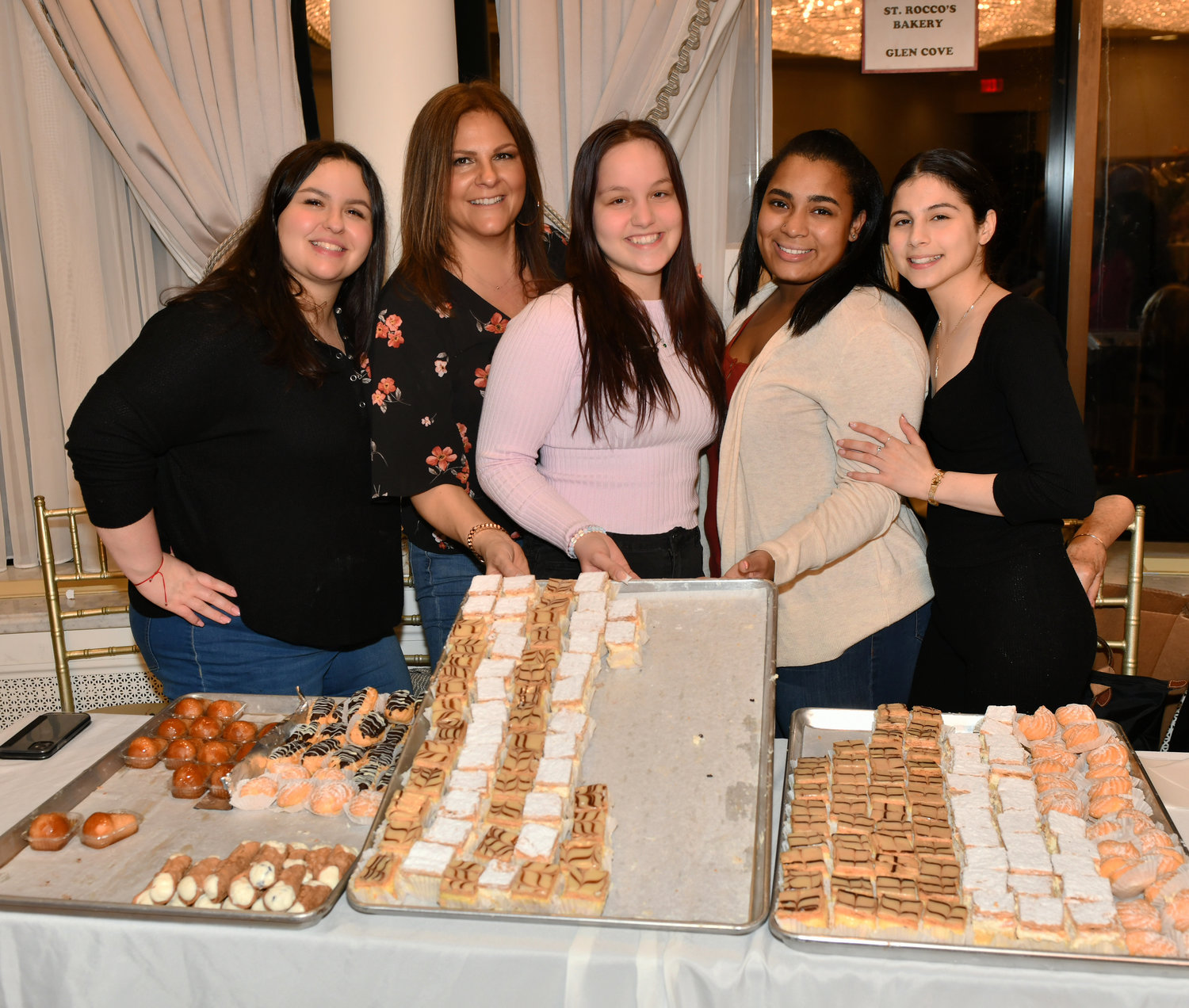 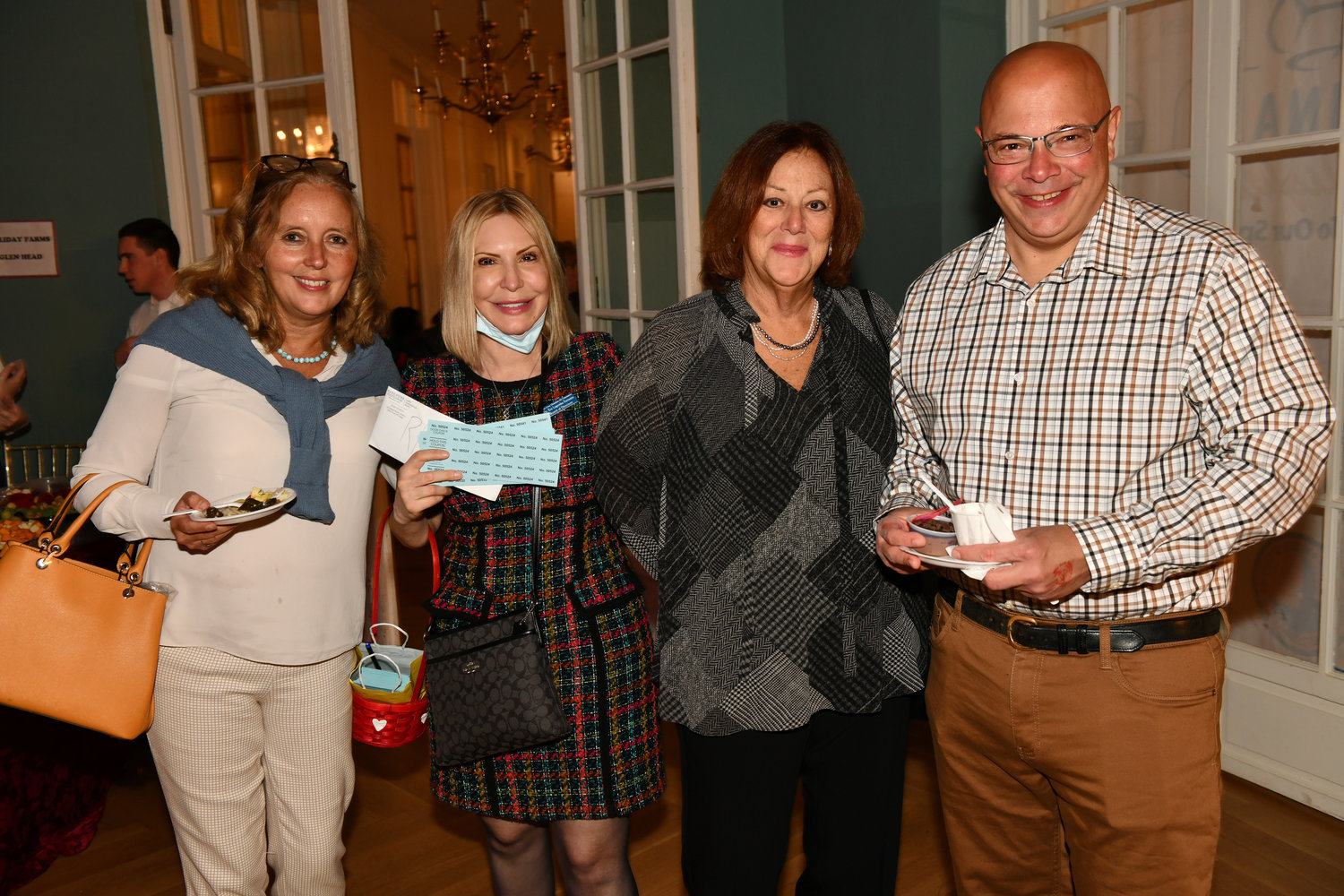 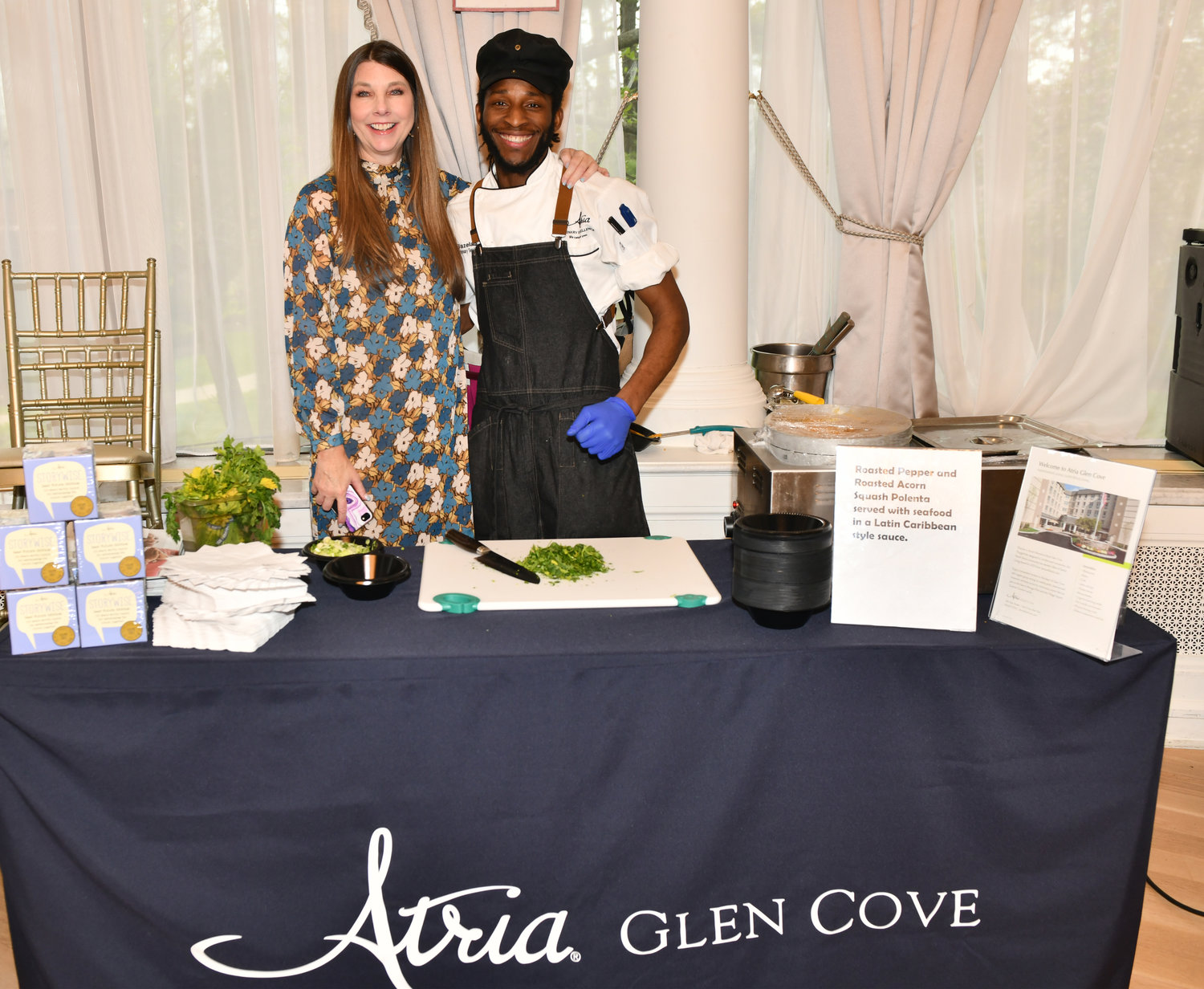 The 24th annual Culinary Delights on April 25 held at The Mansion, was a major success for the Glen Cove Chamber of Commerce. After two years of being on pause due to Covid, the chamber was able to assemble over 50 vendors to promote businesses that have survived and opened during the pandemic.

“We’re very happy with the results,” Matt Nartowicz, president of the Chamber said.

Before the event began at 6 p.m., a line formed out the door as guests registered for the chance to taste local delicacies. Once inside, roughly 350 attendees sampled offerings from the vendors and socialized with their neighbors.

Representatives from Vito’s Ristorante and Pizzeria, which has been open for eight years in Glen Cove, was there. While owner Vito Marchese was at the restaurant working, his nephew Nick Logozzo and some employees served up samples.

“Covid has been a mess for all of us, and it’s nice to see everybody here,” Logozzo said. “[The room] is filled with plenty of people, so I’m really excited to see it come back.”

Logozzo, who has helped by working at Culinary Delights in past years for his uncle, enjoyed the chance to promote the restaurant’s dishes.

“It’s just great publicity,” he said. “It’s a great way for everybody to try our food and see what our community has to offer.”

People’s United Bank had a table set up as well to share their financial services with Glen Cove, although they do not currently have a branch open in the city. Mimi Howard, a branch manager and member of the chamber, along with her coworkers were happy to return to Culinary Delights. “We really believe in the chamber and the mission of the chamber,” Howard said.

Along with supporting and promoting small businesses, guests were able to participate in raffles for gift baskets. Part of the proceeds from tickets were contributed to the chamber’s Dr. Glenn Howard Jr. Scholarship Award for college-bound high school students.

The chamber has experienced a surge of new members, with at least 15 joining in the past month, the most they have ever had in such a short time.

“We attribute that to the online presence that we’re doing on Facebook [and] LinkedIn,” Matt Nartowicz, the chamber’s president said. “Everything’s kind of coming together.