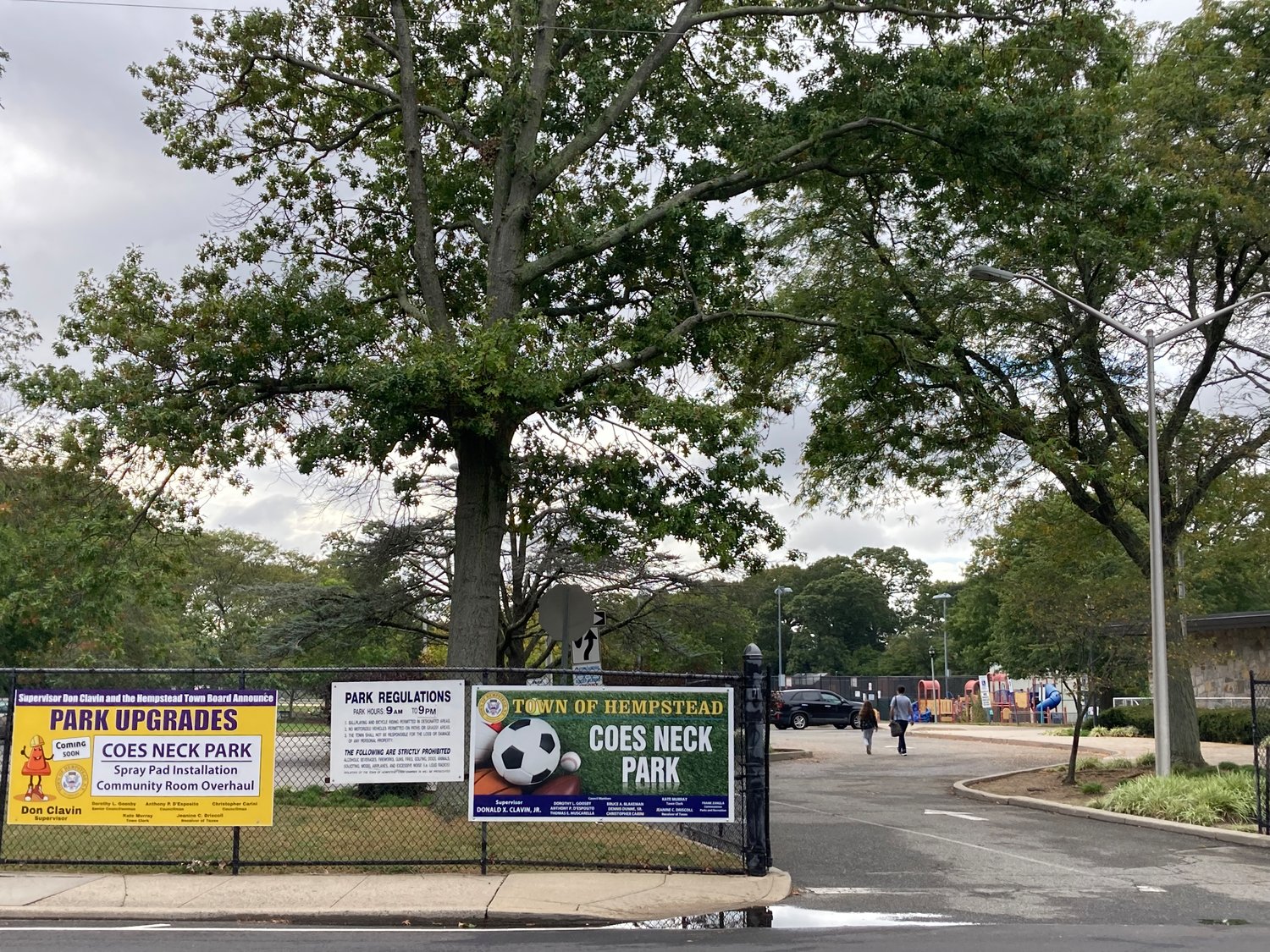 The Town of Hempstead board unanimously voted to accept a roughly $34,000 proposal from Rimkunas Engineering to rehabilitate the spray pad at Coes Neck Park in Baldwin.
Cristina Arroyo Rodriguez/Herald 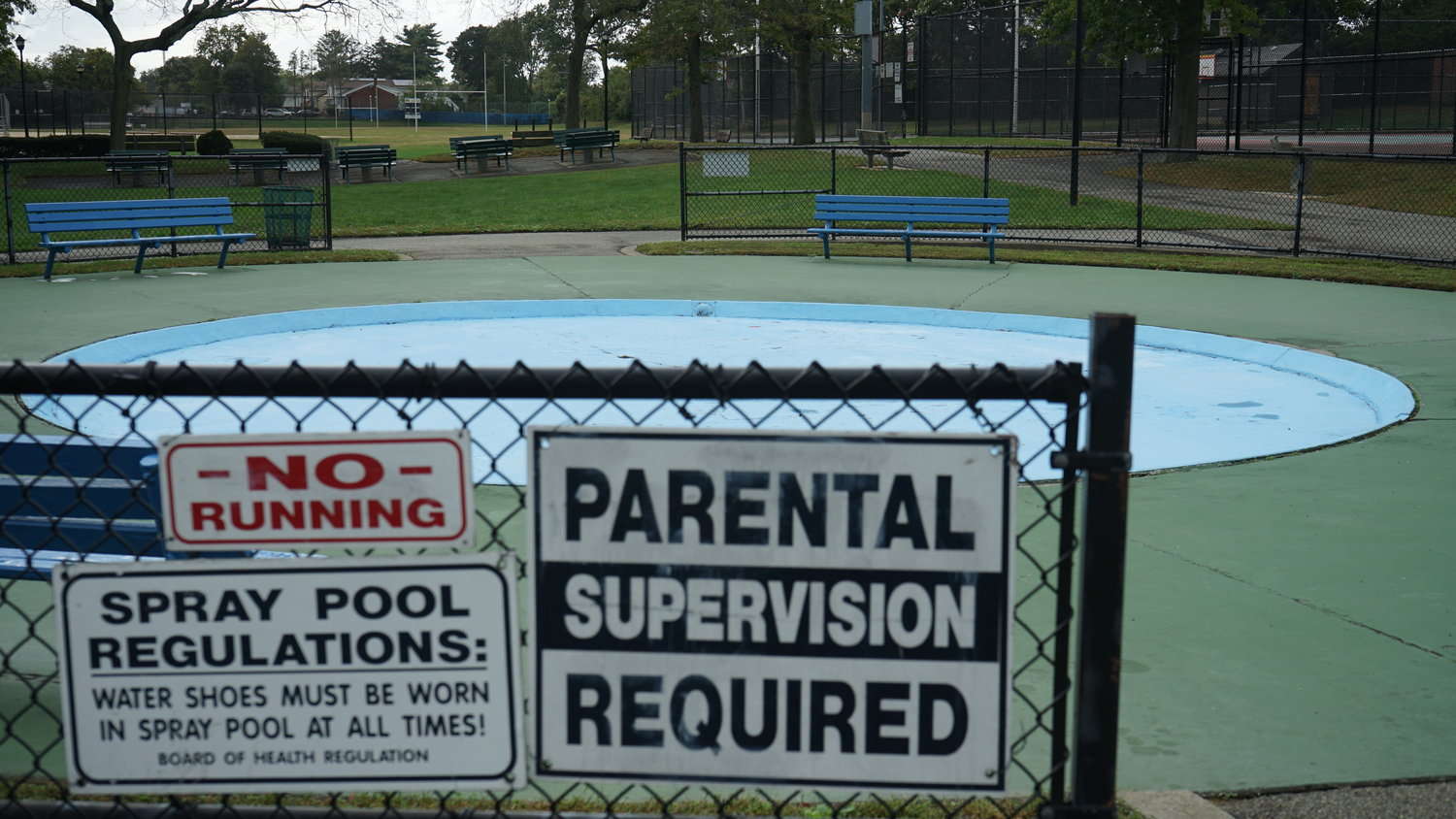 The spray pad at Coes Neck is currently run down and not well attended by young residents.
Cristina Arroyo Rodriguez/Herald
Previous Next

During hot summer days, our children are in need of a local gathering place where they can play in the sun while staying cool.”
Elizabeth Douje, Baldwin
Hempstead Park Improvement Projects

The Town of Hempstead board unanimously voted Oct. 5 to accept a roughly $34,000 proposal from Rimkunas Engineering to provide engineering services to rehabilitate the spray pad at Coes Neck Park in Baldwin, a project expected to be completed by the summer of 2022, elected officials said.

This project is one of the park improvement projects approved by the board Aug. 3, to be financed through $5 million in serial bonds. Besides the spray pad, the Coes Neck Park community room will also be overhauled, and Baldwin Park will get a new pathway and a half-pipe for skateboarding.

Currently, the spray pad at Coes Neck is run down and not well attended by young residents. In 2016, the park underwent an $817,500 athletic field reconstruction, including $70,000 in change orders due to unforeseen conditions in irrigation, drainage and water mains.

Baldwin resident Elizabeth Douje has been rallying the community and elected officials to address the lack of water facilities for children since 2018, saying, “No kid wants to go near” the sprinkler at Baldwin Park.

Douje took to social media this past summer to state, “During hot summer days our children are in need of a local gathering place where they can play in the sun while staying cool, meet their friends from school, for parents to enjoy, and including our seniors to have family time picnics.”

Rimkunas was one of three bidders who responded to a request for proposals issued Aug. 17. Parks and Recreation Commissioner Frank Zangla recommended the firm, not only because it was the lowest bidder, but also because it was a member of the town’s Panel of Architectural, Engineering and Surveying Consulting Firms.

On Oct. 1, 2020, the town board added Rimkunas to the panel, which was originally established in 2019 for use by the Parks and Recreation Department. Rimkunas joined 14 other firms, including de Bruin Engineering, LiRo Engineering, H2M Architects and Lucchesi Engineering.

Town officials met some resistance from members of the public when first establishing the panel, as residents voiced their concerns regarding transparency in the selection process and a lack of minority- and women-owned businesses on the panel. Currently, it has one minority- and one woman-owned business.