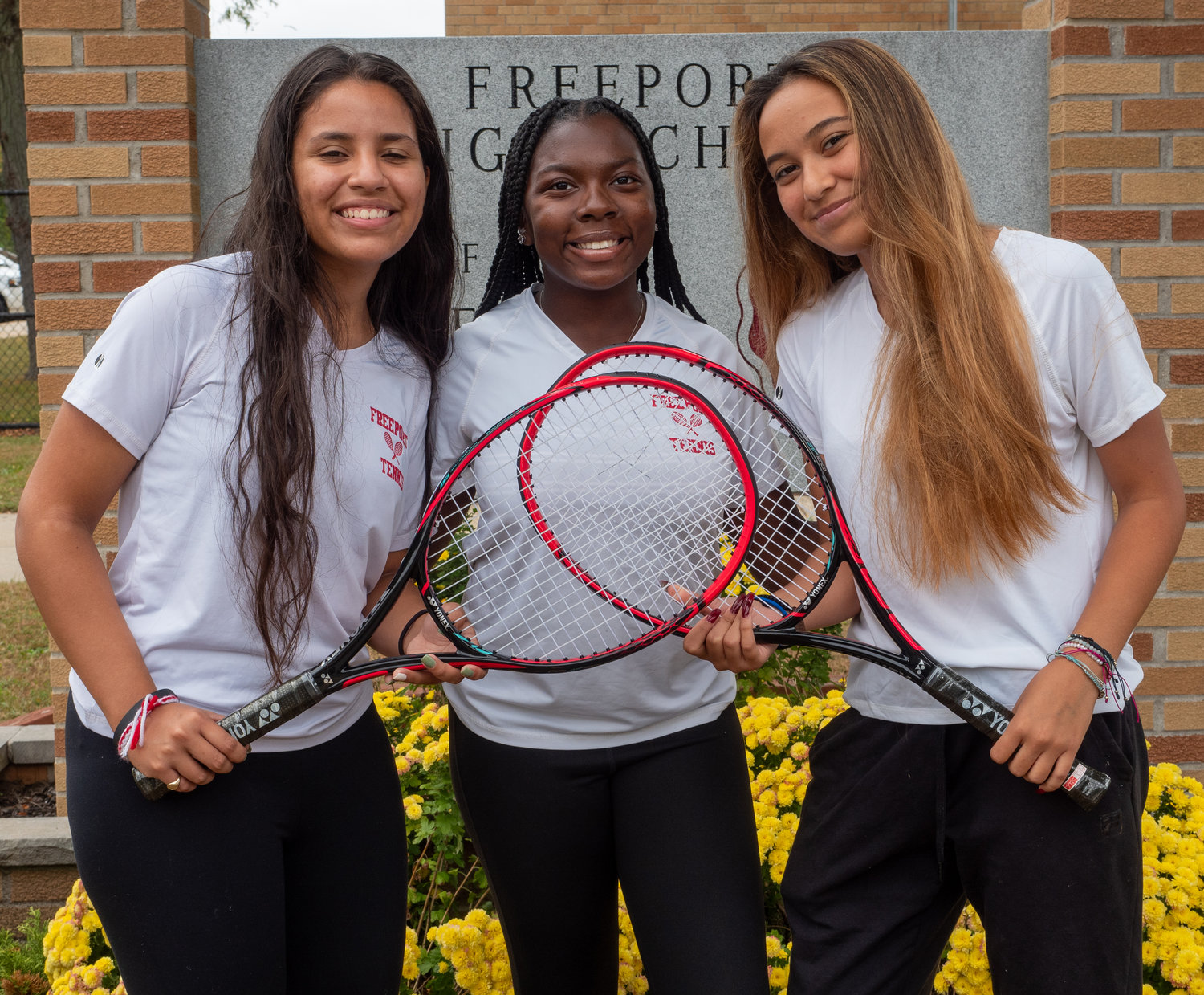 Only four years after going winless in Nassau Conference 3, the Freeport girls’ tennis team – in proto-dynastic fashion – has become unbeatable in Conference 4, extending its perfect record across two seasons to claim a second straight league title this fall.

And the Red Devils could just be getting started.

“We’re not the team now that we were a few years ago,” said fifth-year Freeport coach Jennifer Lawlor. “I remember thinking last season at tryouts, ‘Oh, my goodness, we’re going to have a good team. The new girls coming in, I couldn’t believe their skills. Those girls came in and we started gaining momentum.”

Adding sophomore tandem Naomi Belgrave and Clohie Clark at fourth doubles, and pairing ninth-grade newcomer Bryana Quiros with senior mainstay Yomara Ramirez Vasquez at third – with Arieta moving to third singles – Freeport’s spring crew, with modifications, hardly broke stride in returning to roll 14-0 this autumn. The entire squad, minus graduating Ramirez Vasquez, is slated to return next season – much to the delight of Lawlor, who was not at a loss in handing out praise up and down the Red Devils’ roster.

Said Lawlor, running down Freeport’s singles lineup: “Maria’s an excellent first singles player. Lots of grit, very determined. She worked hard on coming to the net, and it worked out well. Nia has a quick serve, and she was able to place it and angle it better this season. She also whips the backhand, which keeps opponents on their toes. Tatiana’s incredible. It’s a tough transition from doubles to singles, to go from having someone out there with you to being all alone. She handled it well.”

On the duos of McCarty and Bueno at first doubles for Freeport, and Sewer and Boco at second: “Deja and Amanda were our third-set wonders,” Lawlor said. “Always going three sets, but never giving up. They don’t let the mental game beat them, which is something you don’t see often. Delaney and Sarah are a very strong team. They’re both excellent net players, and they communicated very well.”

On Freeport’s third doubles duo of Quiros and Vasquez, and the first-year fourth doubles team of Belgrave and Clark: “Even though Bryana was new, she and Yomara were a good partnership,” Lawlor said. “Bryana plays back well, and Yomara plays net. They really played well together. Naomi and Chlohie also worked well with each other, even though both were new to the game. Clhoie’s good at serve, Naomi’s good at net. A very spirited team.”

Added Lawlor: “This is the kind of team that you don’t see often, the most athletic team I’ve ever had. These girls are very special. I’m excited to continue with them.”