Is global warming the reason for heat waves? 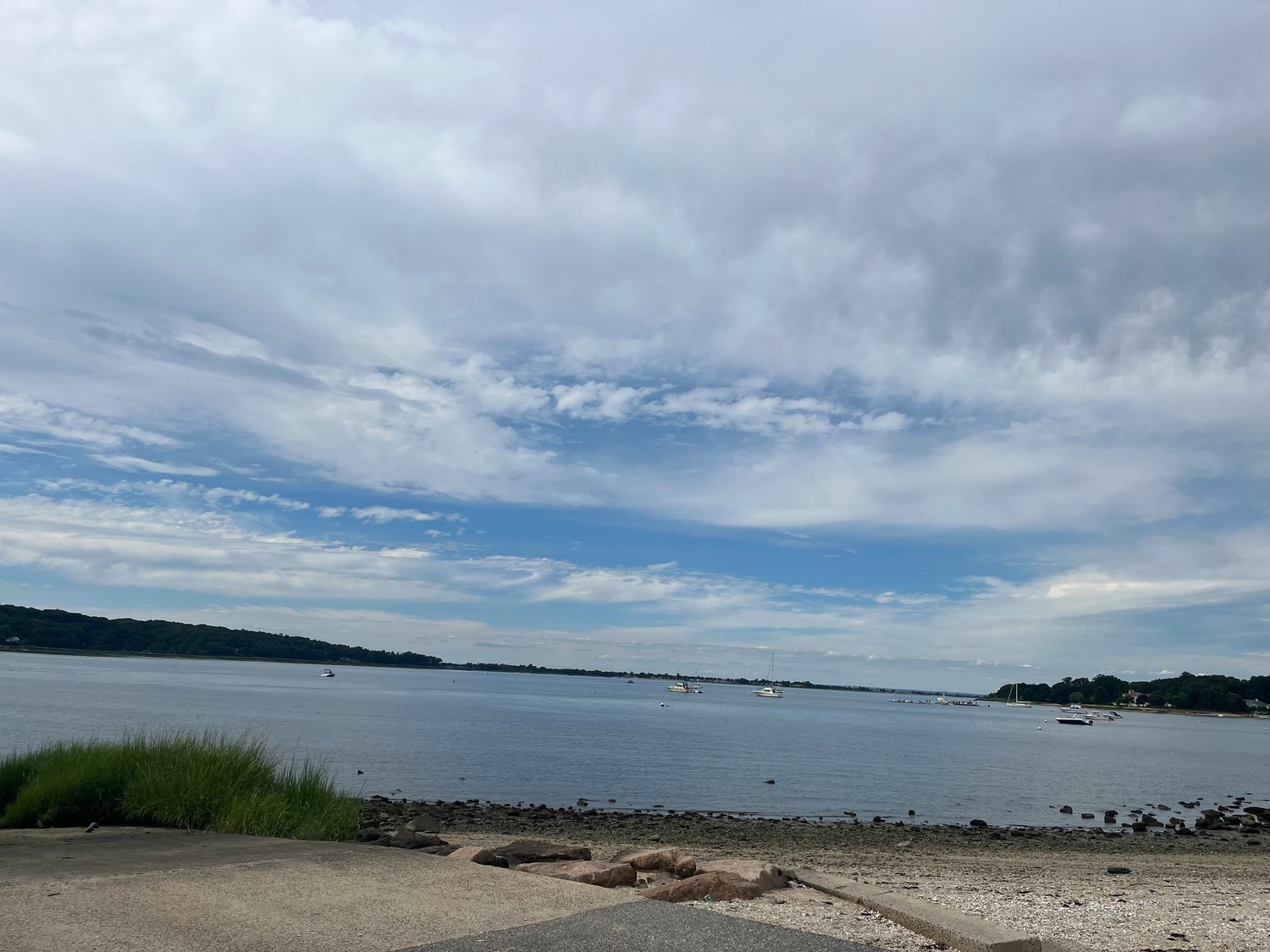 The Long Island Sound is warming at a rate of .45 degrees Fahrenheit per decade, more than four times faster than the Atlantic Ocean.
Will Sheeline/Herald
By Will Sheeline

A heat wave has blanketed Long Island in recent days, and it is becoming more apparent that extreme weather patterns are here to stay.
The Herald spoke to residents of the North Shore and members of local environmental groups, seeking their perspective on the extreme weather, and what they think should be done about it.
For decades, climate change was denied and denigrated as a pseudoscience, accepted only among environmental groups and some scientific institutions. But as summers continue to feel hotter and more storms continue to strike Long Island with greater force, most residents of North Shore communities agree that this is a larger trend than just flukey weather.
On average, the world’s temperature has increased by roughly .32 degrees Fahrenheit per decade since 1981, according to Climate.gov, a climate science and information website operated by the government’s National Oceanic and Atmospheric Administration. While that may sound insignificant, tiny changes in the global average can spell ecological disaster for humans, wildlife and the planet itself.
Ann Marie Carlson, a dog-walker in Sea Cliff, highlighted the fact that the extreme heat has caused her to reduce the amount of time she spends walking canines. Carlson pointed out that local business owners had noticed the heat as well and had begun putting out water bowls for dogs.


“It’s just terrible, but luckily in Sea Cliff there are many store owners who have been so kind to leave water out, because they noticed the rise in the heat,” Carlson said. “It’s just unbearable, and the dogs are having a really hard time.”
Dogs aren’t the only animals affected by changing climate. Increasing temperatures can have a serious impact on aquatic life in the Long Island Sound, which is warming at a rate of .45 degrees Fahrenheit per decade, nearly four times faster than the Atlantic Ocean, according to a study done by the University of Connecticut.
The study points out that the temperature increase drove the American lobster out of the sound almost entirely. Other creatures adapted to warmer waters, like the spider crab, which have moved into the Long Island Sound in large numbers. Spider crabs eat many native aqua-fauna and are a poor commercial substitute for lobster.
Peter Lindroth, director of water quality at Save the Sound, a non-profit environmental group which works to protect and raise awareness for the Long Island Sound, explained that invasive species are just one of the worries that a warming Long Island Sound presents.
“So you know harmful algal blooms can occur at almost any temperature in the Sound, but as we see more and more warm weather, there seems to be more and more instances of harmful algal blooms, specifically the ones that are harmful to aquatic life, as well as shellfish farming,” Lindroth pointed out. “With climate change as a whole, we’re also starting to see more long-term, frequent and intense rainstorms.”
Long Island residents are aware of the issue, even if everyone doesn’t agree on a solution. Koorosh Liebowitz and Cassandra Maya of Glen Cove and Keara McNamara of Glenwood Landing spoke to the Herald while the three were walking through Sea Cliff on Monday. Although they all acknowledged the heat wave, they had different thoughts on what the government and people could do about the issue.
“I don’t think that we’re addressing this issue at all,” McNamara said. “I think that we’re taking little leaps, but I think that there needs to be a lot more done to rectify this problem. And the question at this point is, is it reversible?”
“I think people need to accept that it’s a problem first, because we still have a large number of people who don’t believe in global warming,” Maya said. “So I think we have concrete evidence and need to act.”
“I’m on the other side of the coin, where I don’t necessarily believe in climate change and global warming, because it still gets cold in the off-season,” Liebowitz said. “I think that weather is cyclical, and this stuff naturally happens. I would obviously say humans do have an impact on climate, but I wouldn’t blame this week of hotness on that, and I don’t think there’s any government or person that can do anything about that.”
Some, such as Oyster Bay resident Wallace Matthews, are staunch in their belief that the recent weather is part of a larger trend, and that the battle against climate change needs to be a top priority.
“I believe it definitely has to do with climate change, because it’s not just happening here, it’s happening in a lot of places where you don’t see this kind of weather, like in Great Britain,” Matthews asserted. “I think the current national administration is committed to it, the problem is they get a lot of resistance from Congress and from some people who continue to deny it’s happening.”
Report an inappropriate comment