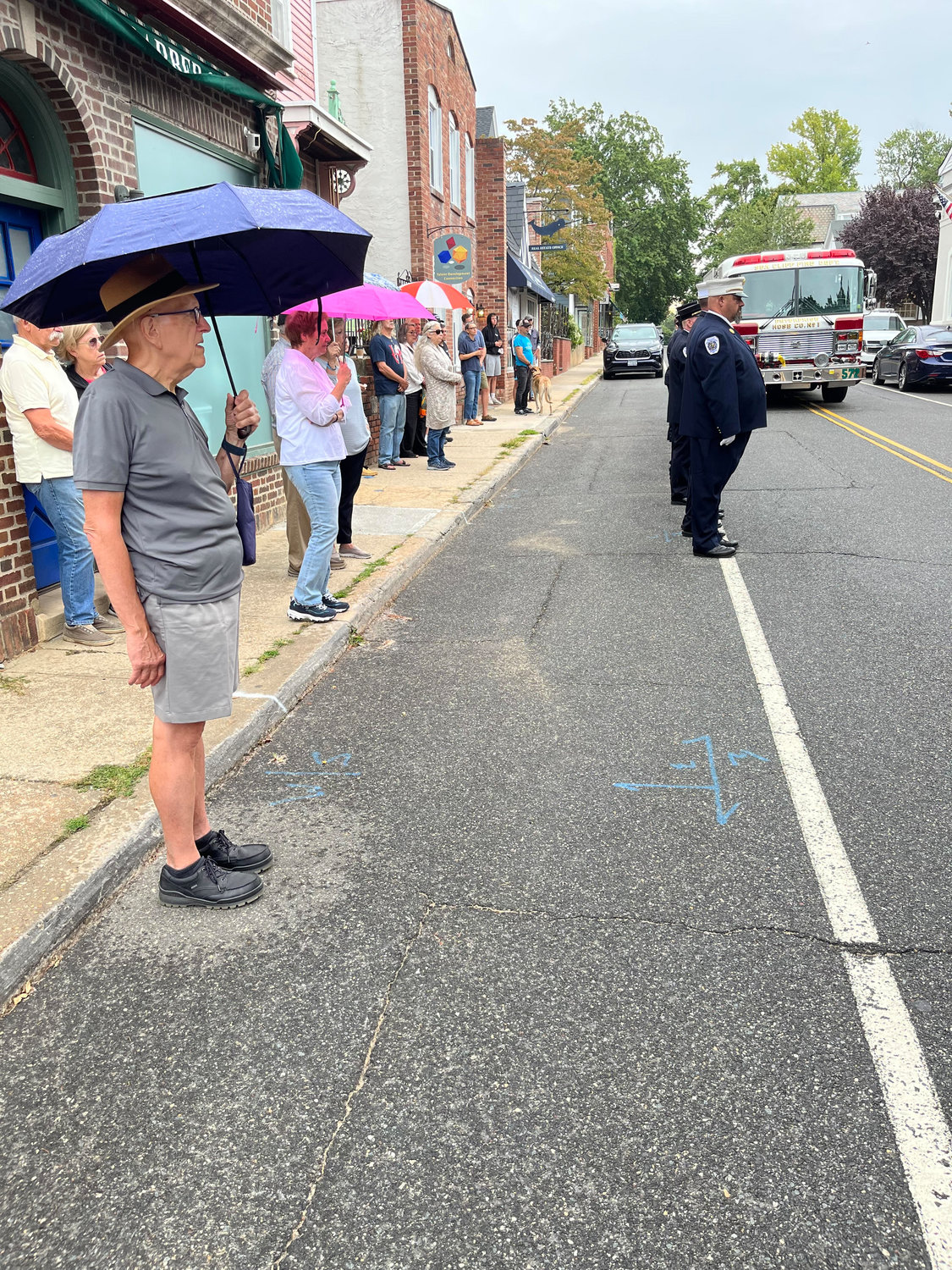 Residents gathered despite the poor weather to pay their respects to the lives lost on Sept. 11, 2001.
Will Sheeline/Herald 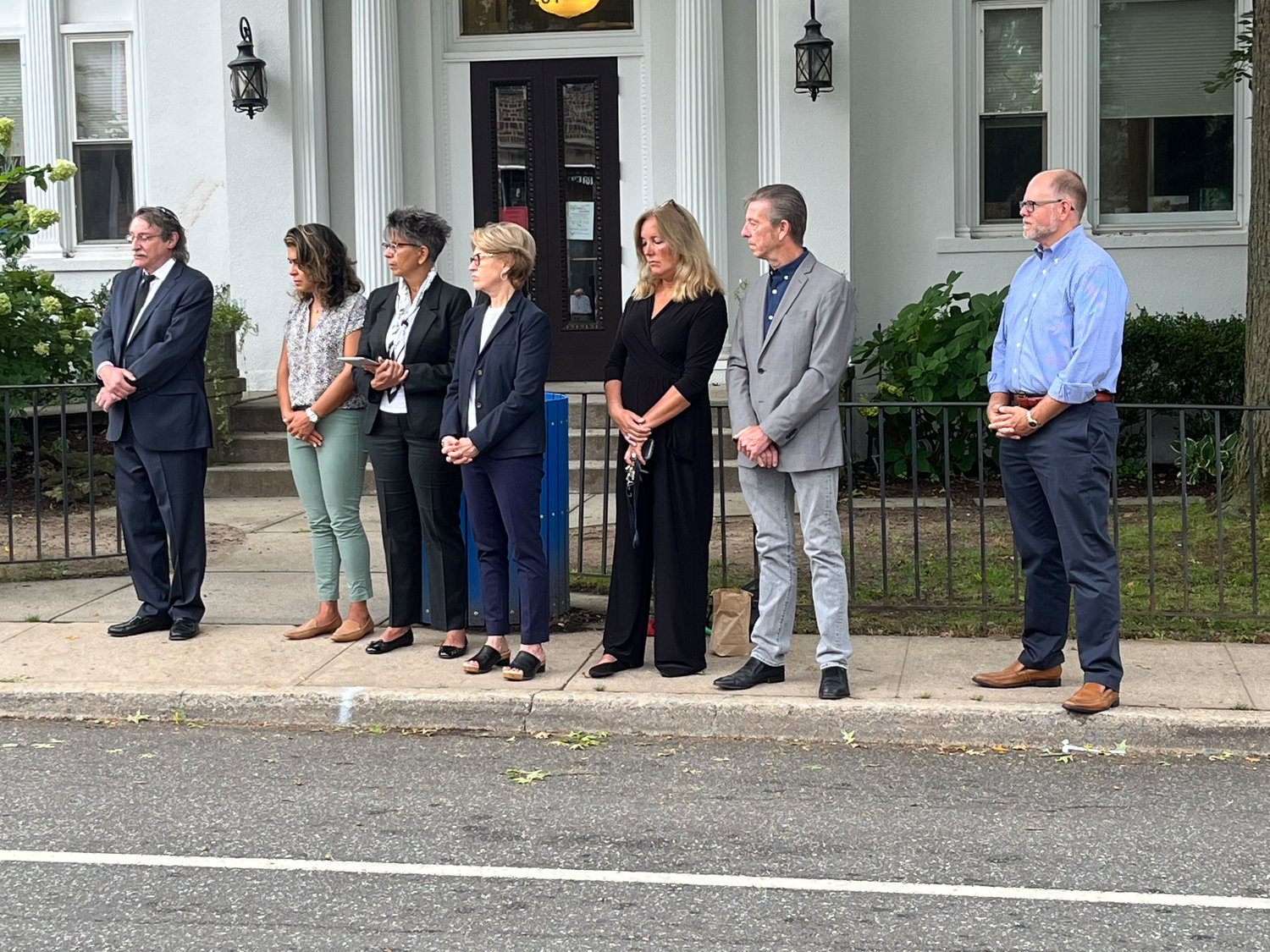 Religious leaders and village and county officials stood together throughout the ceremony in front of the children’s library.
Will Sheeline/Herald 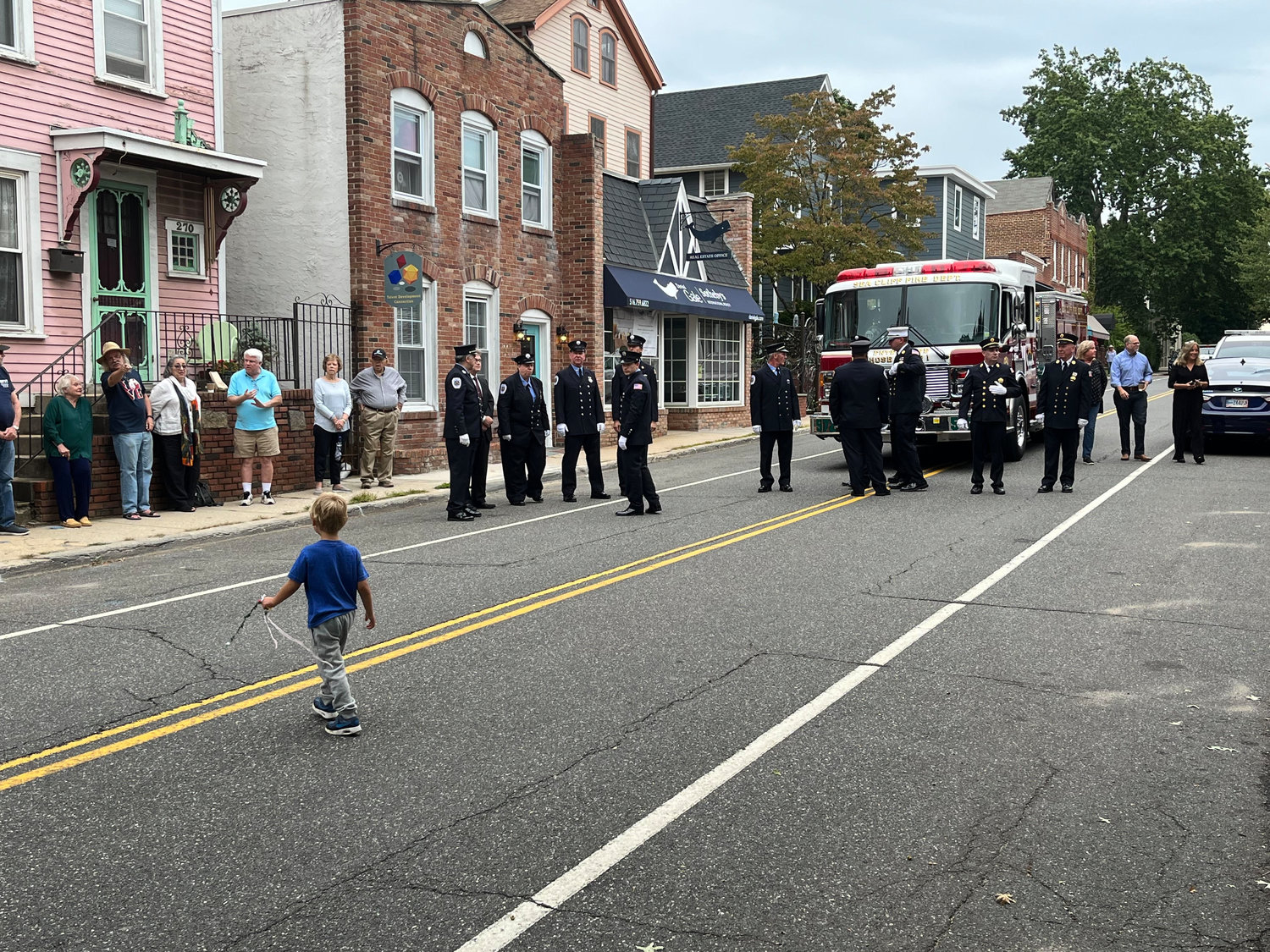 Residents gathered before the memorial began, some reflecting on their memories of Sept. 11, 2001 when the United States came under attack.
Will Sheeline/Herald 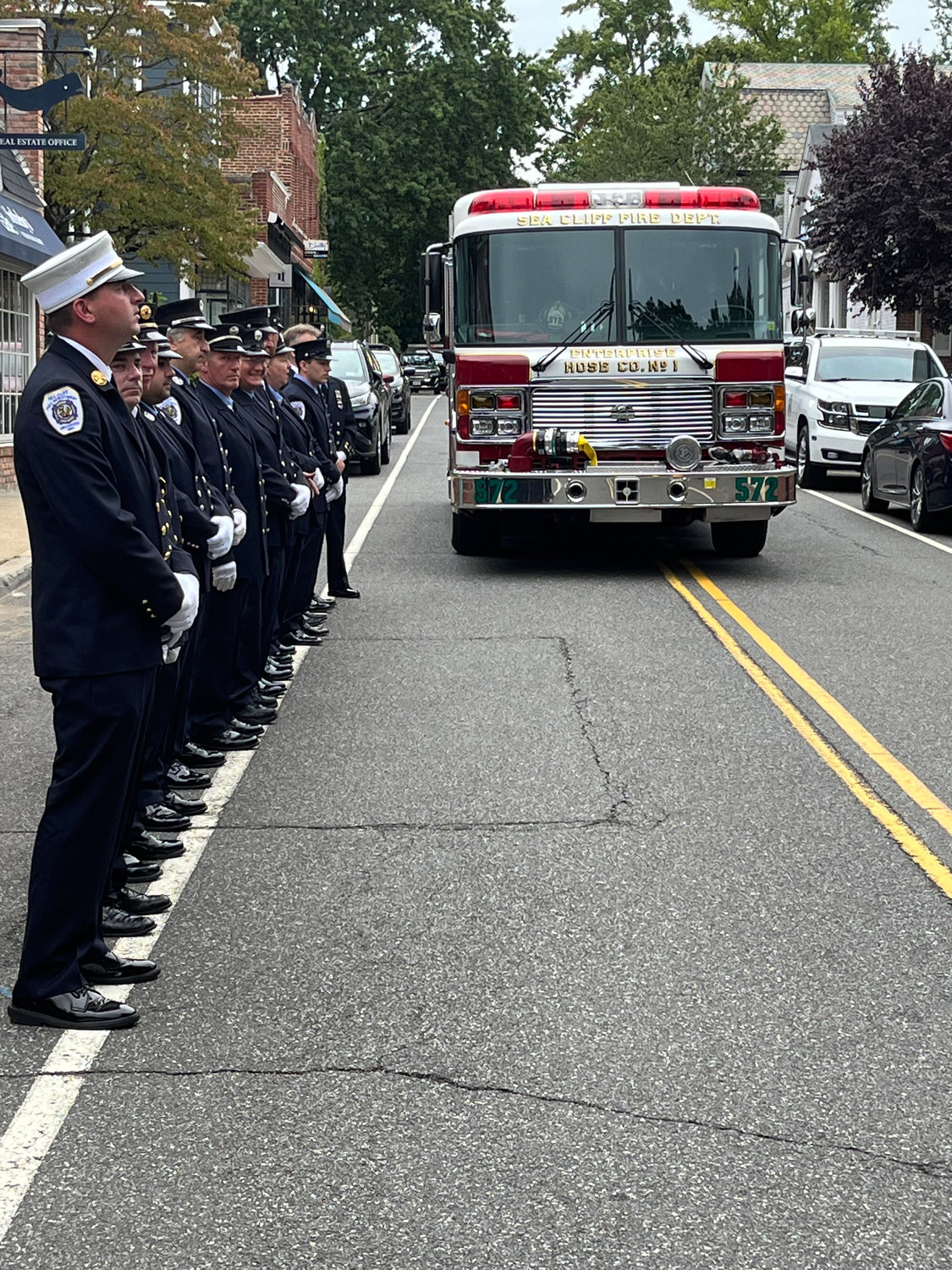 Members of the Sea Cliff Fire Department proudly stood by their company firetruck, highlighting the heroic efforts and sacrifices of first responders following the attacks.
Will Sheeline/Herald
Previous Next
By Will Sheeline

It was a solemn day on Sunday in Sea Cliff as residents gathered to remember and mourn the tragic massacre that occurred on September 11, 2001. Residents, public officials, firefighters and religious leaders gathered outside the children’s library to honor the memory of the Americans who lost their lives in the senseless terrorist attack 21 years ago.
The memorial kicked off with a loud siren horn from the local Sea Cliff Fire Department and Fire Medic Unit. Phil Como, commander of James F. Brengel American Legion Post 456 in Sea Cliff, led the memorial with a reminder to consider the individual lives lost, the pain of those left behind and the shock Americans nationwide experienced from the senseless attacks that day.
“The personal tragedy, the lives that did not continue to live, the children not born, the achievements not noted,” Como said, “(it was) a sad day, and we take note of that, because, if we didn’t, that would be to our detriment.”
Como was followed by Talia Smilowitz, a cantor soloist at Congregation L’Dor L’Dor in Oyster Bay and resident of Sea Cliff. Smilowitz performed the initial blessing and later sang a stirring rendition of “God Bless America.”
Mayor Elena Villafane then gave an emotional speech to the assembled crowd as a light drizzle poured down, leading one to mark that the weather reflected the somberness of the day. She reminded Sea Cliff residents that these were not the loss of just lives, nor symbols, but what felt like the very soul of America.


“There was before, and now there is after, and after is forever,” Villafane said. “We will never recapture that feeling of invincibility, and innocence if you will, that was at the core of being American. We realized we were vulnerable as a people, and as a country.”
Como then drew residents’ attention to the clock which stood behind them, directly in front of the children’s library. Como told the story of how the clock was dedicated to the innocent people who lost their lives on the planes hijacked by terrorists and in the World Trade Center towers and Pentagon.
The memorial concluded with a few words from Rabbi Irwin Huberman of Congregation Tifereth Israel in Glen Cove. Huberman, who had become an American citizen only a few months prior, urged everyone to remember and take courage from the growth and rebuilding of the nation following the attack.
“Because of what happened on this day, we doubled down on democracy, on freedom, on love for each other,” Huberman said. “We have chosen life.”
Report an inappropriate comment