Sea Cliff gathers to salute its veterans at Clifton Park 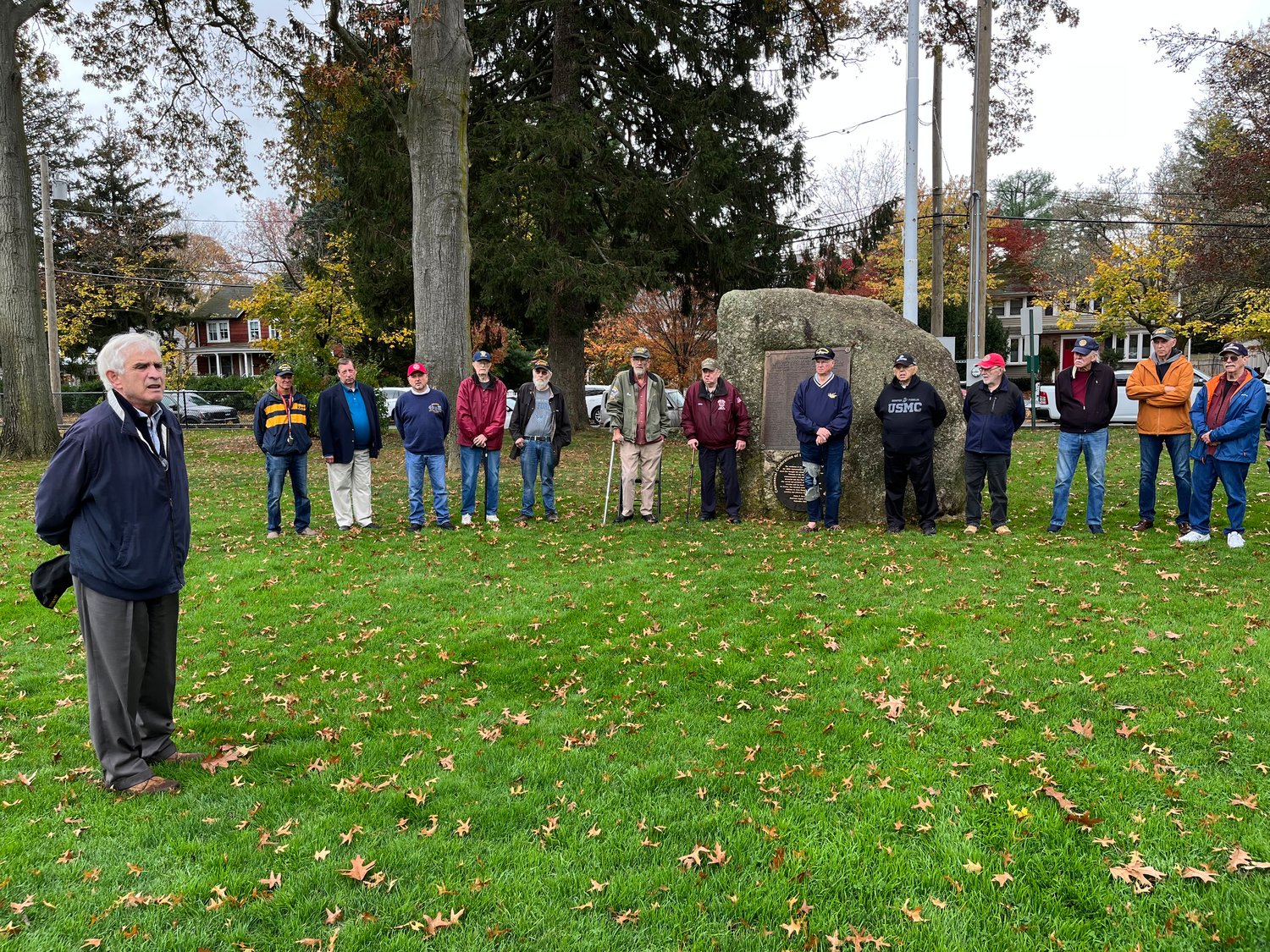 Veterans, village officials and residents gathered at Clifton Park on Friday to pay homage to the community members who served in the United States Armed Forces. Roughly 14 veterans from Sea Cliff were in attendance, despite the drizzle and clouds.

The ceremony was brief, led by Phil Como, a Vietnam War veteran who is the commander of James F. Brengel American Legion Post 456 in Sea Cliff. Como briefly discussed the life of a former comrade-in-arms, Paul Gibbs, pointing out how his friend’s story has been largely forgotten, while the country instead gushes over the lives of celebrities.

“I think John Kennedy said it best when he said, ‘Life is unfair,’” Como said. “I want to thank everyone for being here, and to my fellow veterans, if you’ll pardon the expression, Semper fidelis.”

Como was followed by Sea Cliff resident Catherine Virgilio, who sang a stirring rendition of the “Star Spangled Banner.”

While none of the board members spoke in an official capacity, they did speak with several of the veterans after the ceremony, thanking them for their service to the United States.

While Memorial Day honors the men and women of the armed forces who lost their lives during a war, Veterans Day celebrates those who managed to make it home and serves to honor them for their service and the sacrifices they made for American freedom. Veterans Day was originally known as Armistice Day, and was founded as a national holiday in 1919, to celebrate the service of veterans of World War I.

By 1945 World War II veterans led by Raymond Weeks asserted that the holiday should be expanded to honor the veterans of all wars. Although the first National Veterans Day would be celebrated in 1947, it did not officially replace Armistice Day as a public holiday until 1954, when President Dwight D. Eisenhower, famous for his command of Allied forces in World War II, signed the bill into law.