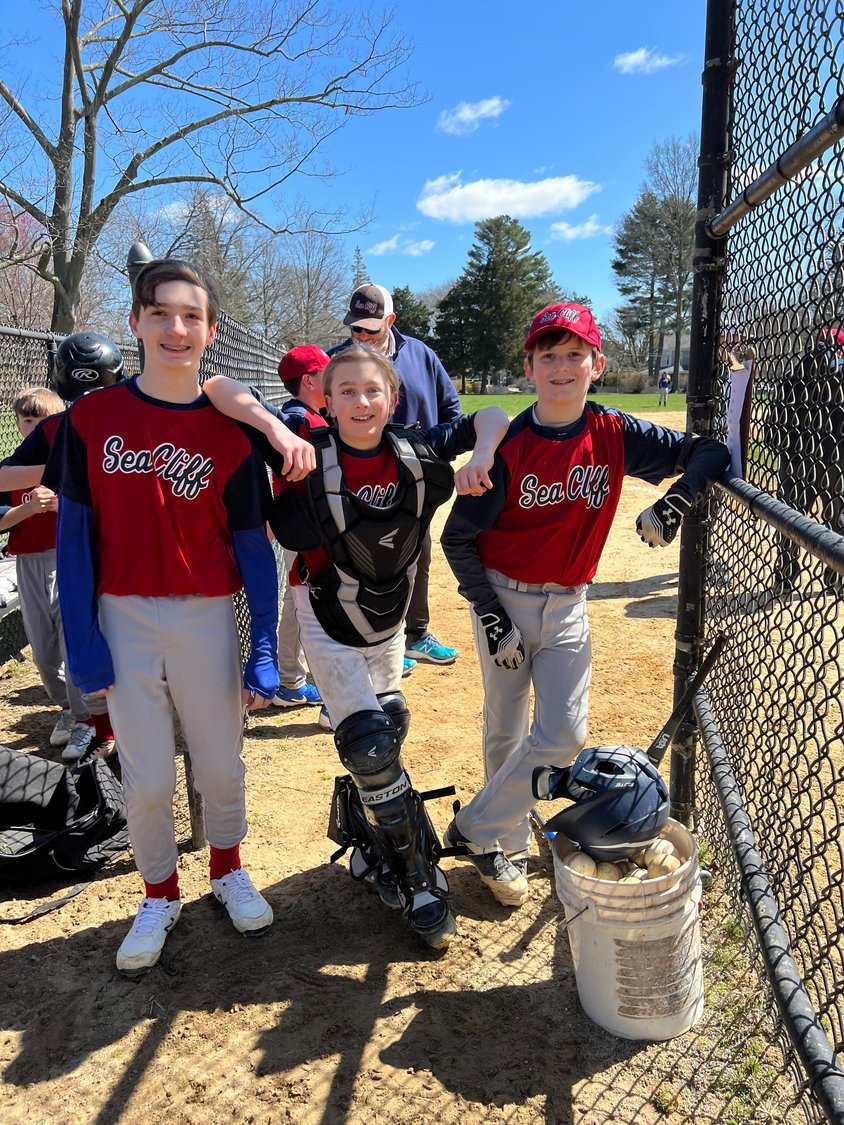 For many in the North Shore Schools District, in his brief tenure Interim Superintendent Dr. Thomas Dolan has been a mentor, leader, stalwart advocate for the district, and friend. What people may not know is that he is an avid fan of America’s pastime, and has sponsored a team in the Sea Cliff and Glenwood Glen Head junior baseball leagues.

Dolan’s history with baseball goes back decades, having played Little League as a child. He’s also umpired for many years, including once in Yankee Stadium for a High School All Star game. “I’ve always had a spiritual attraction to baseball,” Dolan said. “I love baseball, love everything about it, warts and all.”

But his favorite team is one that most people won’t know about. In fact, they only played one season, back in 1969. The Seattle Pilots were a Major League Baseball team that for one year, had one of the most chaotic seasons in sports history. With a stadium that was in disrepair, including having no water pressure when crowds were too large, the franchise fell apart and lost hundreds of thousands of dollars. They moved to Milwaukee, rebranded as the Brewers.

One of the players, pitcher Jim Bouton, kept a diary of the season, which became the book “Ball Four.” In addition to the wild experience of playing with the Pilots, the book detailed the seedier side of professional baseball, causing quite a stir at the time. Dolan said, it was this book which begat his obsession with the Seattle Pilots. “As an eighth grader I read it voraciously, way back in 1970,” he said. “I had my dad buy me my first edition copy, which I still have. Fifty years later and I still love the team.”

Since reading “Ball Four,” Dolan has kept the memory of the Seattle Pilots in numerous ways. He’s collected the team’s memorabilia, from baseball cards to pennants to hats, and sponsored Little League teams throughout his educational career, each one bearing the name Seattle Pilots.

Now, with the Sea Cliff and Glen Head teams, Dolan has contributed to four different Little Leagues and squads. Sea Cliff Junior Baseball and North Shore Softball League Commissioner Jason Bader, said contributions like this are important. “Sponsorships like this are hugely important for leagues like us,” Bader said. “For him to do this is just amazing. I’ve never met Dr. Dolan, but to sponsor a team like this, it’s very, very nice.”

Jim Meilinger of Glen Head, a member of the Glenwood Glen Head Junior Baseball League board of directors, agreed. “It really warms my heart that he did this,” he said. “He’s only been here a little while, but to see him make the effort to be a part of the community like this, it’s just wonderful.”

So far, neither Pilots team have played enough games to make their mark. The Glenwood Glen Head baseball season doesn’t start until April 30. In Sea Cliff, their branch of the Seattle Pilots has played three games, two league losses and one exhibition win against a Glen Cove team.

Coach Dan McDermott, is optimistic that after the Easter break the team will come back with a vengeance. Although he initially was unaware that Dolan had made the donations, McDermott said he is honored he did. And he said he thought the Sea Cliff Seattle Pilots would do a little better than their namesake.

“I’d like to think we’re certainly a better run organization,” McDermott joked. “And I’m hoping we won’t have a season that ends in shame and us moving towns.”