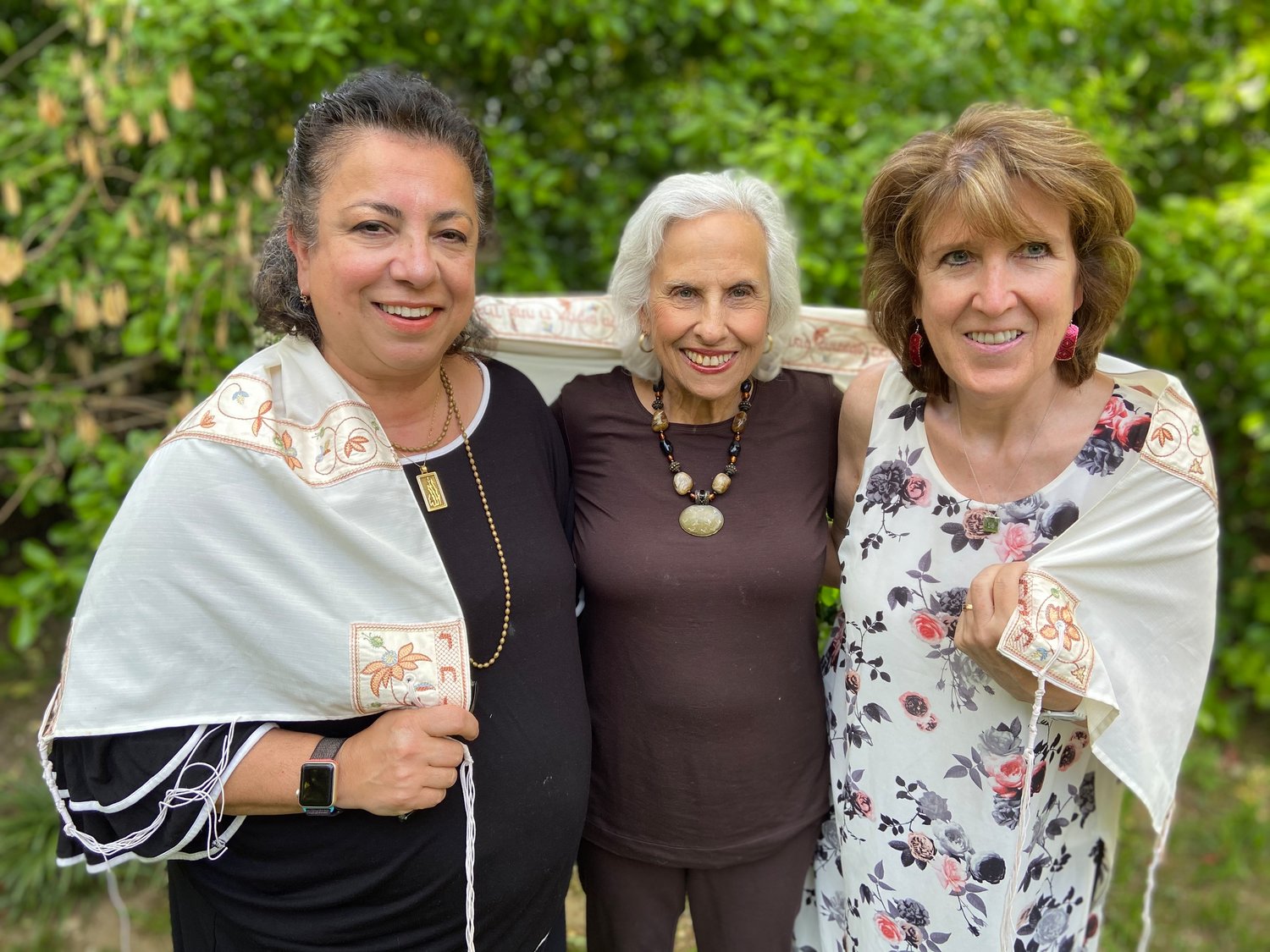 Seeds of Faith for Women, and its sister organization, Daughters of Abraham, enters its third year of on the North Shore with a firm sense of purpose, a solid base of membership and an expanding vision of its role in fostering similar groups around Long Island, say its members, a number of whom are from Sea Cliff and Glen Cove.

Seeds of Faith has four branches:

A branch for public speaking and women’s retreats.

Daughters of Abraham, which includes more than 30 women from Christian, Jewish and Muslim faiths.

Seeds of Faith, a nonprofit, was founded in 2017 after one of its co-leaders, Lisa Larsen Hill, read a book by Tessa Afshar, entitled “Pearl in the Sand,” which retold as historical biblical fiction the story of Rahab, a prostitute who hides two Israeli spies who come to Jericho.

“I gave 15 copies to my church, Sea Cliff Methodist Church,” Larsen Hill, of Glen Cove, recalled. “What impressed me was she was a prostitute, would have been stoned, but she ends up marrying one of the Israeli lineage, which is the lineage of Christ.”

While there are some people who belong to both a Biblical Fiction Book Club and the Daughters of Abraham, each has its own mission and target audience.

The book inspired Larsen Hill to try her hand at historical biblical fiction too. The result was an Old Testament story about five women who changed the course of history. This quickly led to speaking engagements, sermons and the bigger idea of creating the Biblical Fiction Book Club, and from there, an interfaith group for women to share their religions’ stories.

“I wanted more than a book group; I wanted a way for women to share personal stories, what their faith means to them, how these stories connect to their lives,” Larsen Hill explained. “We wanted to create a safe space to tell each other our stories — a place where there’s sometimes tears, and sometimes laughter. We wanted an opportunity to plant seeds of faith.”

“I’m delighted that ‘Pearl in the Sand’ was seminal for her,” said Afshar, the author of the book. “I run into plenty of book clubs and book groups, but never one where they’re reading books not just to read, but to create meaningful community, to encourage each other and welcome each other on a deeper level.”

Two years later Daughters of Abraham was founded. “With Fredda and Mojdeh, we formulated a clear idea of our purpose, with some principles behind it, and launched Daughters of Abraham in 2019,” Larsen Hill said. “There was so much divisiveness then, we wanted a safe space to express our thoughts, to create respect and not prejudge, and honestly to build trust.”

Klopfer, who was principal of the Glen Head Elementary School until July 2019, recalled how the three came together to form Daughters of Abraham. In June 2019, Rabbi Irwin Huberman, from Congregation Tifereth Israel in Glen Cove, was leading a class where he shared the Bible story of Abraham and Sarah, which involves Sarah’s infertility, the surrogacy of Hagar, and the resulting birth of half-brothers Ismael and Isaac. When the two grow to adulthood, there is friction over inheritance, and Sarah asks Hagar to leave. The story goes that God said to Hagar, “You too will be father of a nation.”

“My friend Mojdeh Hassani, who I had hired as a special education teacher at Glen Head, and I talked about what the Quran had to say about that story, and we wrote and put on a biblio-drama at Tifereth  Israel, from Hagar’s point of view,” Klopfer said. “Lisa saw the play and came running over. She said, ‘I need to talk to you. I’d like to start a group for Christians, Muslims and Jews that explores each other’s stories.’”

Hassani, who lives in Sea Cliff, said that one of the things that binds them is the fact that all three are storytellers. “We wanted to tell our faith through storytelling,” she said. “Storytelling makes it non-judgmental. These stories may come from the Quran, or the Old or New Testament, but they were passed down to all of us from our parents and grandparents. It’s not about doctrine, it’s about understanding that we’re all one circle. Stories resonate.”

While there is something of education and mutual understanding to be gained from being part of the organization, the women said there is another important ingredient to its purposes.

“The main thing we’ve tried to do is to support each other through rough times,” Hassani said. “There’s a lot we’re all going through, and we can help each other by sharing our spiritual practices. It’s a sharing group, yes, but it’s a support group. We’re learning from each other how to deal with things.”

Dee Jae Diliberto, a member of Seeds of Faith’s board of directors and a recent law school graduate, took an interest in the organization after hearing Larsen Hill give a presentation on a Bible story that she found inspirational in her profession. “It was the story of daughters of Zelophehad, about the evolution of law and the legal position of women in society, specifically a woman’s right,” said Diliberto, of Manhasset. “I had heard a lot of sermons, but to hear a presentation that relates Bible stories to contemporary issues inspired my intellectual curiosity.”

Diliberto, who raised four children who went to local Quaker schools where they teach non-denominational celebration of all faiths, finds Seeds of Faith’s philosophy a natural fit. And she has seen plenty of enthusiasm and friendships evolve since day one, when she joined the group. “There’s plenty of desire to share, and hearing other people inspires people to share intimate and sometimes very painful experiences,” she said.

Nasrin Mesbah, of Oyster Bay, who became involved with the group through her friend Mojdeh, sings praises to its orientation toward sharing beliefs in an informative, personal way.

“While I have never been in a group exactly like this before, I have been part of Iranian groups that celebrate all the religions there — Muslim, Jewish, Christian, even Zoroastrian and Bahai,” she said. “This group is so nice — we learn a lot about each other’s cultures, celebrations, our shared beliefs. Since I’ve been involved, my interest has only grown.”

“This is not political. It’s not Democratic or Republican,” Mesbah said. “It’s just human.”