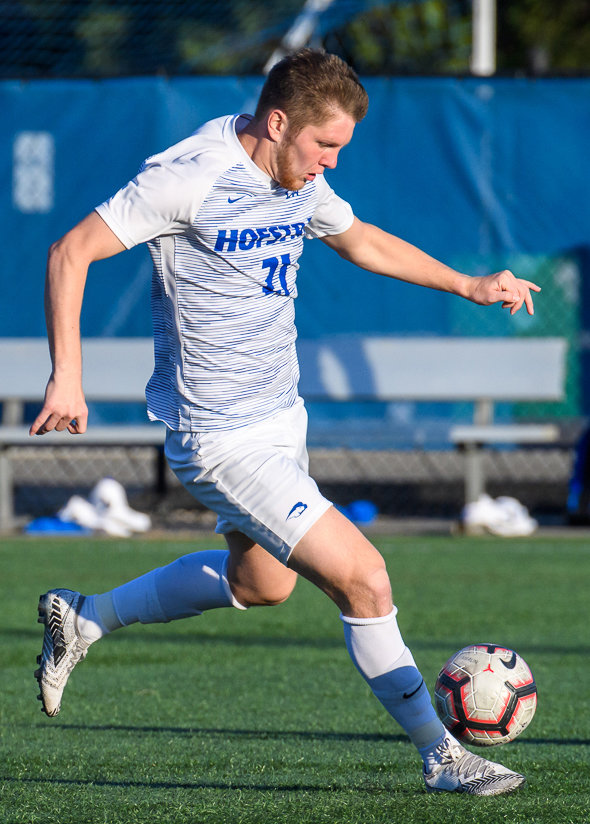 The Hofstra men's soccer team will look to get over the hump this fall of achieving its NCAA Tournament aspirations following three years of near misses.

The Pride were knocked off in the CAA finals by James Madison in penalty kicks last April making the third season a row its season ended in a shootout to the Dukes on the conference tournament stage.

"It is tough to take, but it makes you stronger," said 33-year head coach Richard Nuttall. "I feel like we have a well-balanced team this season."

Vowinkel enters his final collegiate season as a graduate student ranked sixth in program history with 29 career goals and was drafted in the third round of 2021 Major League Soccer SuperDraft by FC Cincinnati. The Chaminade High School graduate headed in a goal off a cross from Strongin in Hofstra's season-opening victory at Rhode Island on Aug. 26.

Strongin, a fellow grad student who began the season with 15 career assists, will be another key facet of the offense along with Stefan Mason, Ryan Carmichael and Jason Ramirez. Mason tallied the lone goal in Hofstra's 1-0 win at Stony Brook on a penalty kick.

O'Malley anchors the backline in his third season as team captain along with local defenders Mason Tatafu and Shane Salmon in front of Speel in net. Salmon, a junior from West Hempstead, was a two-time All-Catholic League selection at Kellenberg, while Infuso, a sophomore, hails from Merrick and played four years at Bellmore JFK.

Hofstra commences its CAA schedule at Northeastern on Sept. 11. Its first CAA home match is on tap for Sept. 18 versus Drexel. The schedule includes nine total matches at Hofstra Soccer Stadium highlighted by a CAA finals rematch against JMU on Oct. 23.