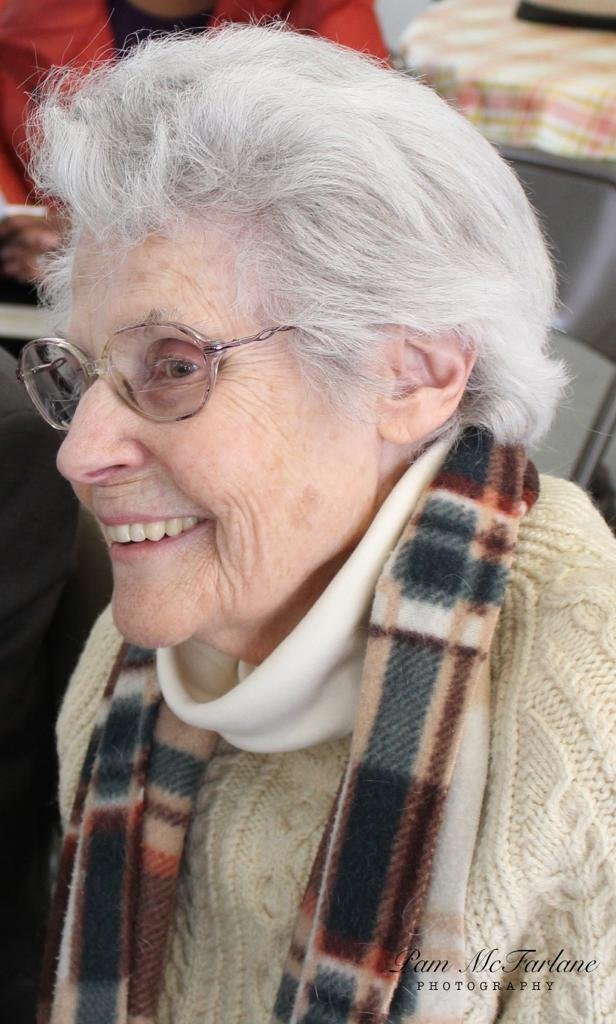 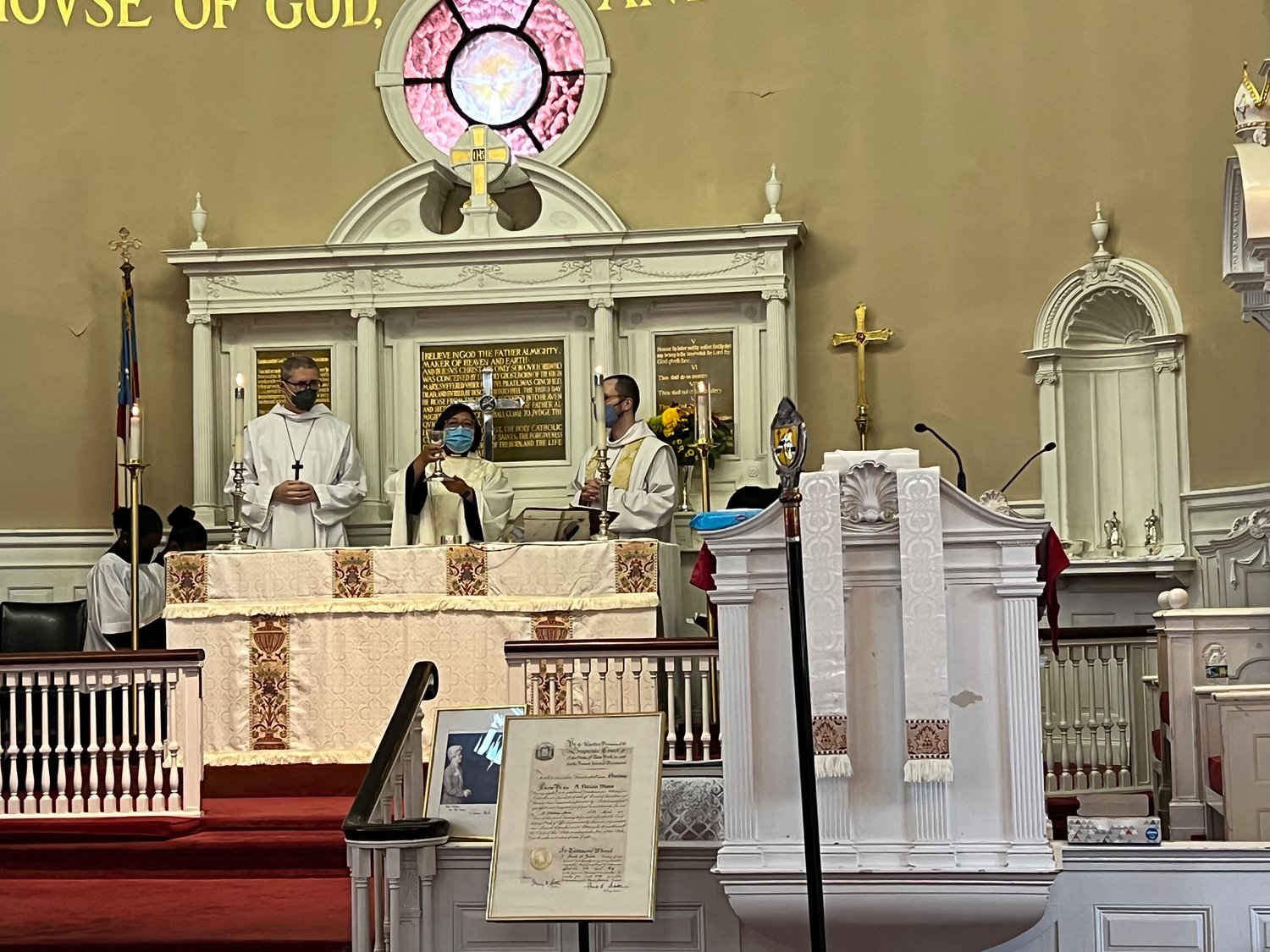 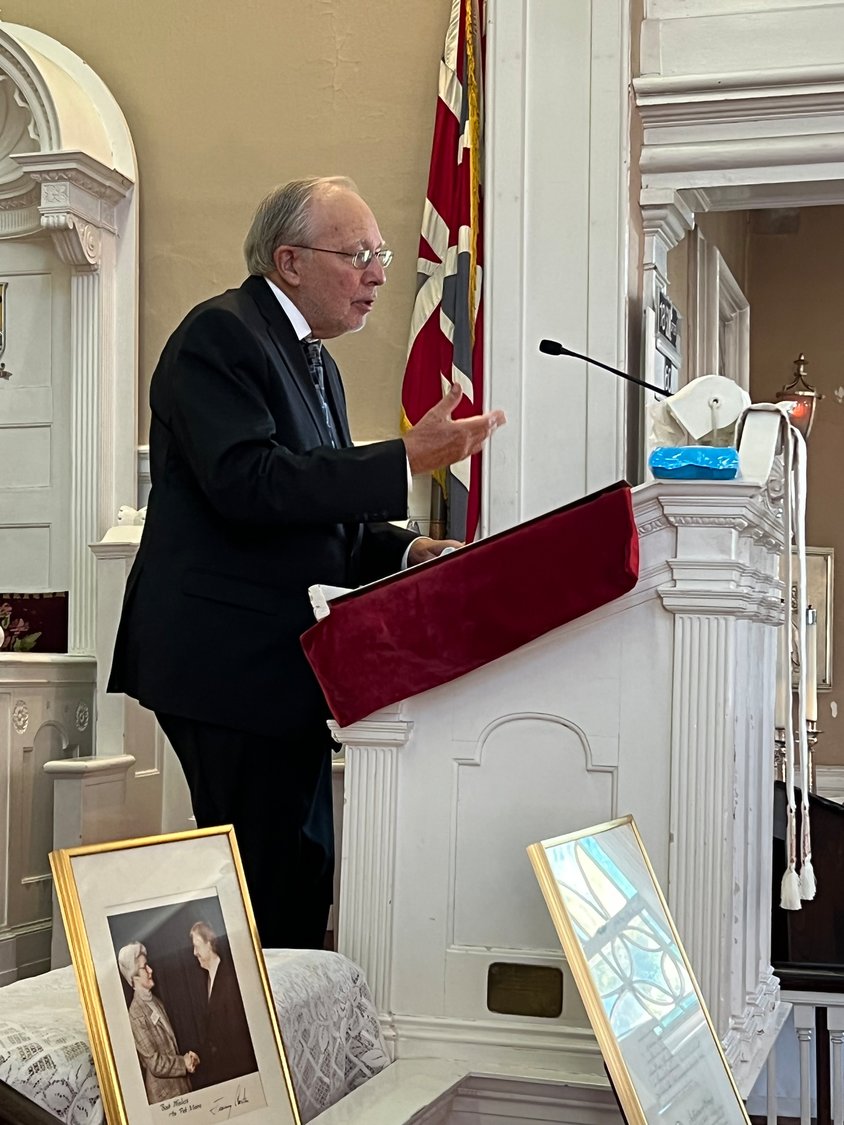 James Harding was Pat Moore’s colleague at the Legal Aid Society of Queens in the mid-1970s, as well as her law firm partner from 1977 until her death. Harding spoke movingly of Pat’s faith, intelligence, and compassion at the service on Saturday.
Courtesy Reine Bethany 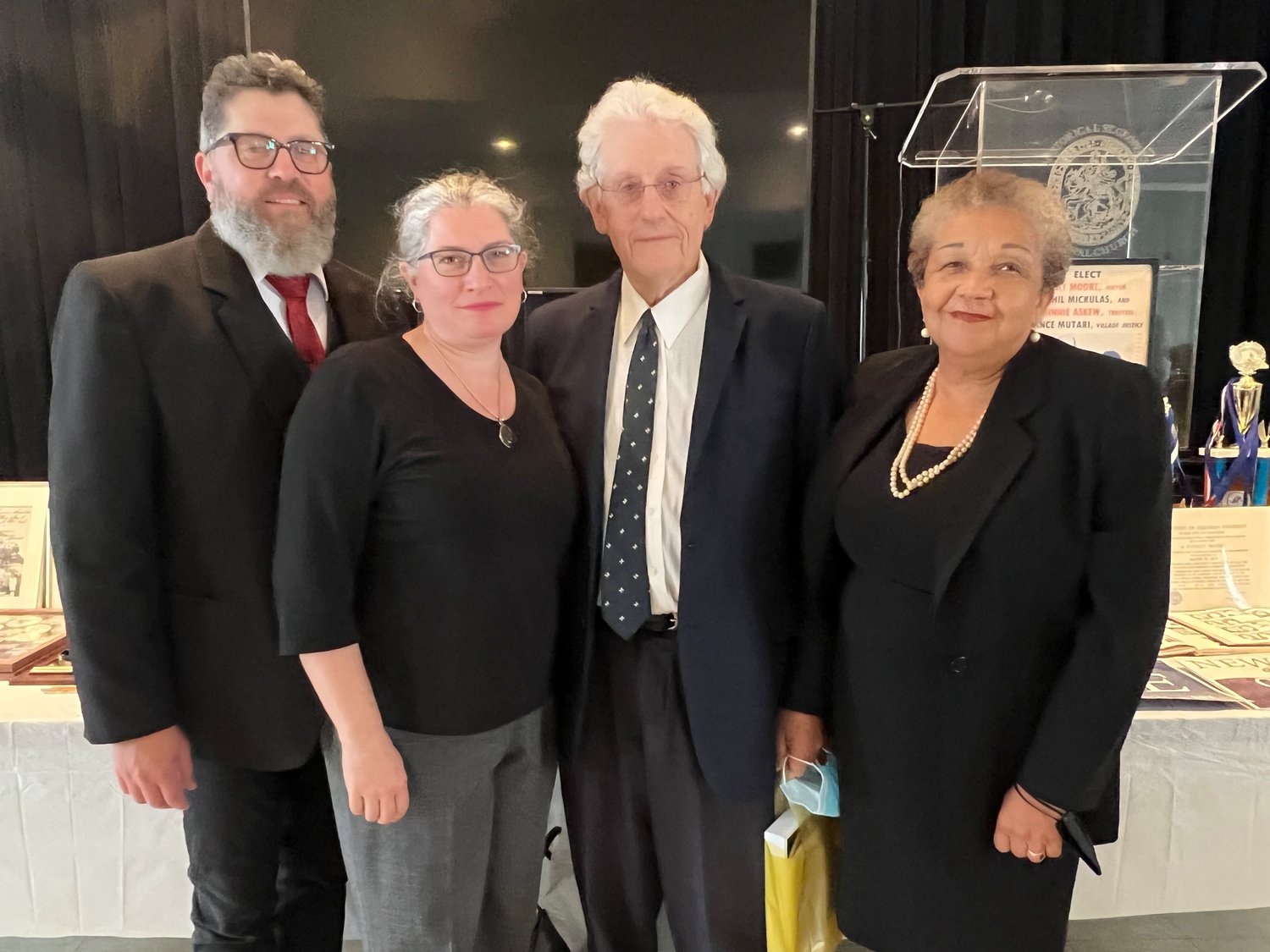 Pat’s Canadian relatives, Mark, Sarah, and Julian Vaughan-Jackson, met her Hempstead friends and neighbors at the memorial celebration. Shown with them at right is Christina Lightbourne, a warden of St. John the Evangelist Church in Lynbrook.
Courtesy Reine Bethany
Previous Next
By Reine Bethany

Alice Patricia “Pat” Moore never married or had children. But she built a vast network of friends and colleagues during her 89 years, many of whom gathered to commemorate her at St. George’s Episcopal Church in Hempstead last Saturday.

Former Mayor Don Ryan recollected Pat’s lively wit; she liked to greet him by saying, “Oh, the people you meet when you don’t have your gun.” But, he added, “The truth was that she was always very kind.”

James Harding, Pat’s law firm partner since 1977, said that both as a teacher and a lawyer, “Pat touched the lives of so many, and so many remember her, because she took a real interest in people — in their lives, in their troubles, in their accomplishments.”

Brother Aidan Owen of Holy Cross Monastery in West Park, NY, an important spiritual home for Pat, noted that though Pat did not become a nun, she followed the Benedictine pattern of a life faithful to God.

“She knew that God was calling her to act,” Brother Aidan said. “She canvassed, organized, and advocated for changes in the law that would support the rights of women and people of color to live lives of dignity and freedom.”

Christina Lightbourne, warden of St. John the Evangelist Church in Lynbrook, which Pat attended as devotedly as she did St. George’s, said Pat not only participated in church activities, but continually exhorted church members to vote.

Ena Taylor, of St. George’s, said she had met Pat over 40 years before.

“It was a time when there were a lot of West Indians coming into St. George’s,” Taylor said, “and we were not always welcome. Pat Moore welcomed us. In fact, I declare her West Indian Emeritus.”

Three blood relatives of Pat’s flew in from Canada for the memorial celebration: her cousin, Julian Vaughan-Jackson, and his two children, Mark and Sarah. Mark told the attendees, “Pat was my grand-cousin. … She didn't really think much about herself. She darn well thought about everybody else, whether it  was professionally, personally, or somebody she’d met on the street. That’s who she was.”

Rev. Ajung Sojwal, rector of St. George’s, concluded the service by commending Pat to God: “Receive her into the arms of Your mercy, into the blessed rest of everlasting peace, and into the glorious company of your saints in light.”

After the dismissal, accompanied by music from guest organist Kevin Gray and the choirs of St. George’s and St. John’s, the listeners progressed to a repast in St. George’s reception hall, where they viewed a display of Pat’s awards and citations. A video montage of Pat, created by village photographer Antonio Kelley, was received with cheers and applause.

Photos of the memorial service can be viewed by clicking on the gallery button at the St. George’s website, stgeorges-hempstead.org.