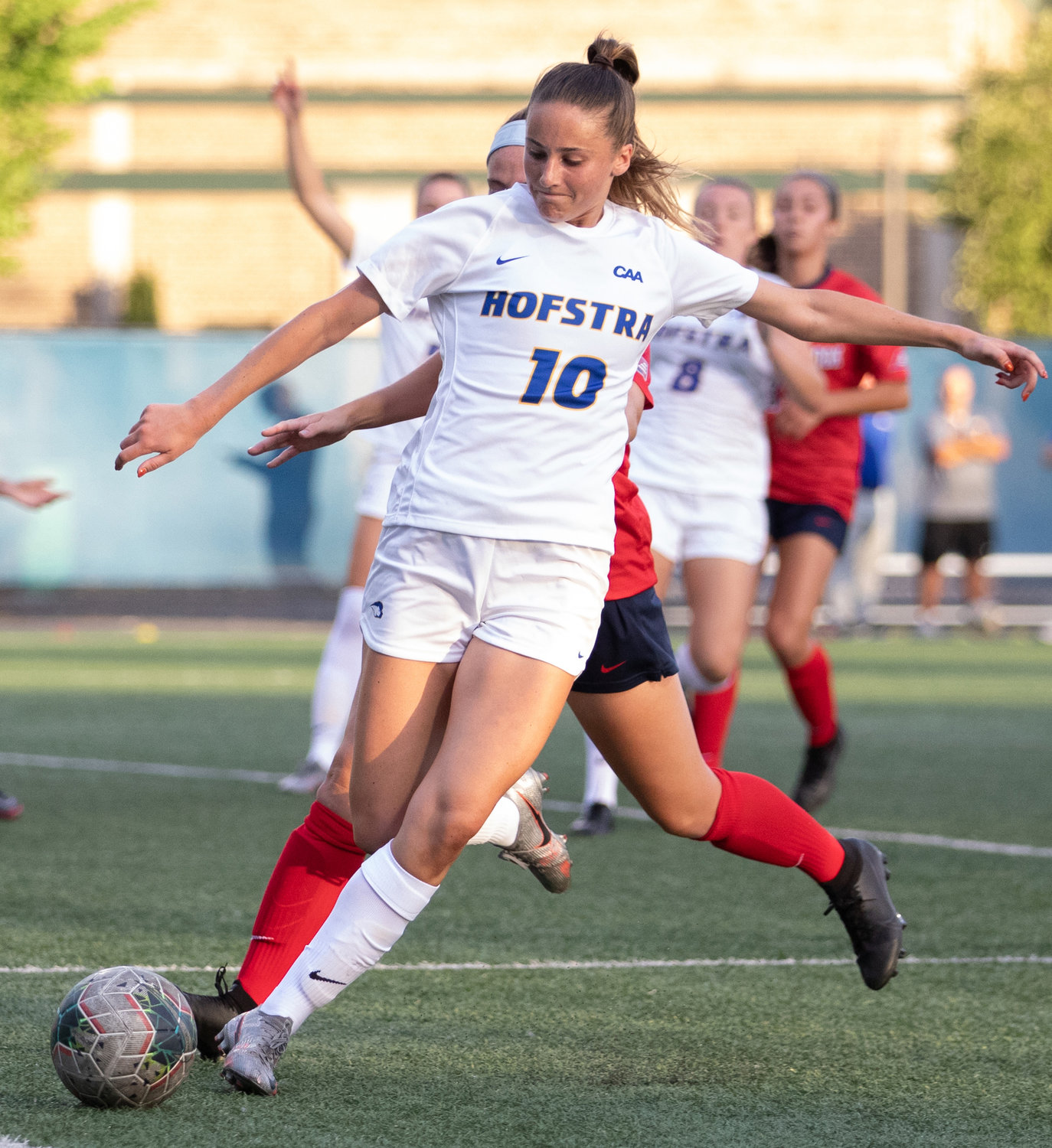 Lucy Porter ranks third on Hofstra's all-time goal-scoring list with 41 and is considered one of the top 15 collegiate players in the nation according to Top Drawer.
Courtesy Hofstra Athletic Communications
By Andrew Coen

A veteran-laden Hofstra women's soccer team is fueled for a return to the NCAA Tournament this fall after its abridged spring season ended in heartbreak.

Hofstra, which entered September ranked 25th in the national coaches poll, returned nearly every starter from a 7-1-1 team where the Pride led the nation in scoring per game, but were denied a chance to compete on the sport's biggest stage following a heartbreaking 1-0 loss to Elon in the Colonial Athletic Association (CAA) semifinals. The rare spring season due to the pandemic created a far shorter than normal offseason.

“Last season came to an abrupt end and were deeply disappointed, but the fortunate thing this year was it was a quick turnaround,” said 16-year head coach Simon Riddiough, whose team opened with a 4-1 start after wins against Stony Book, Albany, Brown and Columbia along with a near upset of seventh-ranked Penn State in 2-1 defeat. "It is good to get back at it."

Brown, a freshman from England, provides Hofstra with a bright future along with local newcomers Leah Iglesias (Carle Place) and Olivia Pearse (Seaford), who scored her first career goal in Hofstra's 4-0 win against Brown on Aug., 27.

"She is a supreme athlete," said Riddiough of Pearse. "We're excited about her future."

Another backyard product that Riddiough hopes makes strides this fall is junior forward Cailey Welch, a former standout at North Shore High School who has battled back from injuries.