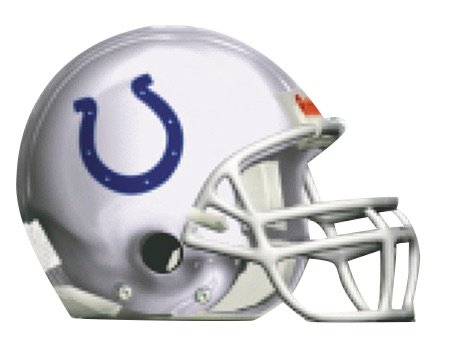 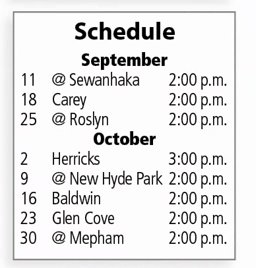 The dark cloud that has followed the Calhoun Colts appears to be lifting.

The lengthy losing streak that marred the past two seasons is finally over and there will also be a lot of new faces in the starting lineup to go with their already competitive spirit. All of that could result in a bounce-back season and a return to the playoffs.

Calhoun dropped 14 straight games since its semifinal playoff loss to Garden City in 2018 and almost stopped the skid twice last spring in close defeats to Long Beach (12-6 in double overtime) and Sewanhaka (7-0). But things finally went the Colts’ way in the season finale, when they jumped out a 21-point halftime lead over Kennedy en route to a 28-18 victory.

Head coach Brian Moeller is relieved the slump didn’t carry over to the fall.

“The kids played their best game of the season [against Kennedy] , which was great to see for them,” Moeller said. “There were kids who were juniors who went into that game going, ‘I haven’t won a varsity football game in my career.’ We were just not getting it done. That was a big win and we tried to parlay that into momentum for this season.”

Unfortunately, the players directly involved in the scoring that day are no longer with the team. But the school’s JV squad went a perfect 6-0 last season and there could be some potential stars coming through the pipeline.

“That was the best JV team we’ve had record-wise since I’ve been at Calhoun,” Moeller said. ”That says something about the kind of kids who were down on the JV and played together as a team. We have some kids coming up that we think are going to be able to help us.”

There is a quarterback competition at training camp between last year’s backup, senior Wyatt Knowles, and sophomore Danny Goodman. Knowles can “throw the ball 50 yards”, according to Moeller, while Goodman was under center during the JV’s undefeated season.

“We’re going to see what happens the first two weeks of camp, where jobs are won and lost,” Moeller said of the quarterback competition.

Athletic junior Peter Thomann is back after missing the spring campaign and is poised for a big season at tailback, with senior Max Smith providing the holes at fullback. Senior Matthew-Jayson Edouard and junior Isaiah Hernandez could also receive some carries with junior Josh Bailey providing relief at fullback.

Receiver Joe Guastafeste Jr. will also be relied on to move the chains. Awareness is his strong suit, a trait he may have learned from his father, Joe Sr., who is the varsity coach at Valley Stream South. “He’s a really smart receiver,” Moeller said. “He gets the game, understands how to get open [and] knows where he has to be and how to get there.”

Cunha, Gretch and nose tackle Kranmas will flip to the defensive line and Moeller is hoping for continued production from Patti there as well. Smith will retain his starting middle linebacker spot with Josh Bailey, Luke Paolillo and Thomann manning the outside.

Speedy Kyle Auty will start at safety in addition to his receiver duties and should to line up next to fellow junior Adian Higgins. Hernandez, Guastafeste, and Alexander Chen are among the cornerback candidates.