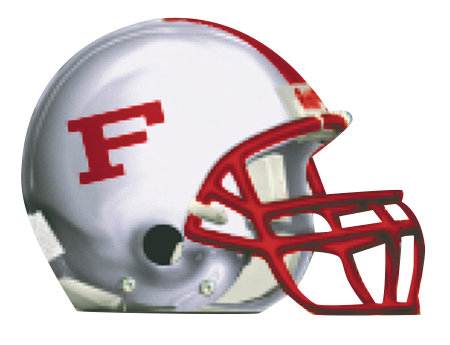 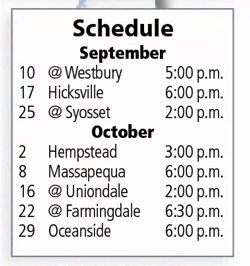 Coming off a rebuilding season that saw it go 1-4 on the heels of back-to-back undefeated Long Island championship runs, Freeport is banking on growing pains and a strong offseason to get back into contention.

“The good news is we’ve got a lot of kids returning,” head coach Russ Cellan said. “We had a great summer and the opportunity for playing time is wide open in many cases. We’re not what we were in 2018 and 2019, but the kids are working extremely hard and who knows how good we can be by the end of the year.”

Seeded fifth in the 12-team Conference I, the Red Devils face some unfamiliar opponents out of the gate with No. 12 Westbury in the opener and No. 11 Hicksville a week later. Cellan said the vast majority of playing time could be determined by its three-way scrimmage with Plainedge and Baldwin. Over the final six games, Freeport faces each of the conference’s top four seeded teams — Syosset, Massapequa, Farmingdale and Oceanside.

Then-freshman D’Angelo Gordon led Freeport’s offense in the spring as its starting quarterback and showed plenty of flashes of brilliance while learning the varsity ropes. He had four rushing touchdowns, including a pair to lead a 20-8 victory over Baldwin. “He’s not the biggest kid, but he’s certainly strong and brings a tremendous work ethic,” Cellan said. “He’s a wrestler and I love that mentality. He can throw the ball and he can really run it. He’s a year better and his confidence is growing.”

The offensive front returns three starters and one reserve ready to assume a bigger role. Cellan said he’s still experimenting with senior tackle Angel Arroyo, who is athletic enough to contribute at a skill position. Also a defensive end, Arroyo brings a high level of toughness and can put pressure on quarterbacks. Senior Kobe Valdez Jaquez made big strides during the short offseason, Cellan noted, and entered camp in great shape and primed to be a leader on both sides of the ball as a center and linebacker. Senior Luca Gentile is a returning starting guard and defensive lineman, and senior Justin Hopkins is slated to move into a key role at tackle and defensive end. At least one spot in the trenches is up for grabs.

The running game could rely on the legs of junior Martese Davenport, who was used strictly on defense last season as a cornerback and “thrown into the fire,” Cellan said. “He filled a need on defense but didn’t get a good look on offense,” he explained. “But, he’s getting one now and looks like he has what it takes to be our top back. He’s very powerful and physical.” Also in the mix for some carries is senior Donte Lloyd.

The plan is to move senior Andre Wilkes around on offense to keep defenses from tracking him. He’s a receiver/tight end type who moves well and can make difficult catches. On defense, he’s a hard-working and physical outside linebacker with a nose for the ball. Junior Evan Neas has a lot of potential at tight end/receiver. Senior Tahliel Simpson is a returning two-way starter at receiver and in the secondary who’ll be counted on for leadership. Juniors Jaheem Clement (wideout) and Nazair Jean-Lubin (cornerback) are up from JV, and freshman Jayden Gordon is another talented young target.

If the Red Devils are involved in tight games, Cellan likes the idea of senior kicker and new punter Dillon DeBourg getting a chance to be the difference. “He’s one of the better kickers in the county,” Cellan said.