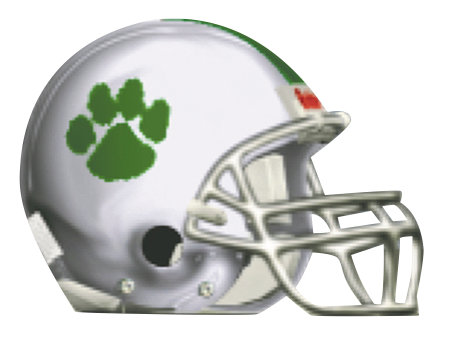 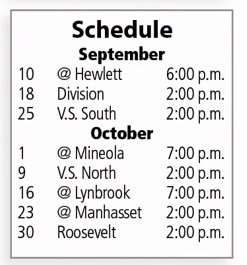 Wins have been few and far between for the Kennedy football team in recent seasons, but a move to a new conference and a seemingly favorable schedule could put the program back on the road to respectability.

The Cougars struggled through a winless season last spring - scoring just 37 points in the six games - after going 1-7 in 2019. Kennedy will now be competing in Conference III this fall and, despite being ranked last in the group, head coach John McGuire is embracing the challenge.

“Last year, the conference was just a banger,” he said. “But not much has really changed going to Conference III unfortunately. You have some of the best coaches who have ever coached in Nassau County. Do we have our work cut out for us? Absolutely. But I’m excited for the kids because they don’t have the notion of looking at the schedule and saying, “Oh, we always lose to them.’”

The eight-game schedule includes games against teams that also failed to win a game last season (Lynbrook, Mineola) and three others that were either at or below .500. Included in that group is Hewlett (2-4), whom Kennedy will face in the opener on Sept. 10. But despite all that, McGuire is not taking any foe lightly.

“It’s tricky,” he said. “We open up with Hewlett. Their record might not have showed, but they were in most of those games and ahead in a lot of those games. They’re a really well-coached team.”

Senior Ethan Katz is projected to be the starting quarterback against Hewlett, but “rising junior” Joe Vaccaro could also see some time at the position, according to McGuire. Katz saved his best performance for last in the spring, when he completed 14-of-23 passes for 192 yards and three touchdowns in a 28-18 loss to Calhoun in the season finale.

“He is one of the smartest football players that I’ve been around,” he said. “He bought into the [summer] weight program and has gotten stronger and faster.”

McGuire is “excited” to see sophomore newcomer Ray Torcia in the backfield this season. A football junkie, Torcia is a strong runner with a keen field awareness who is shaping up to be a future captain with his leadership skills and positive attitude. Senior Thomas Osborne should also see time as a change-of-pace power back.

The wide receiving corps will be more inexperienced than last season, but it has a lot of potential. Adam Schmitt is a smooth route runner who can grab a pass with his height and strength and fellow senior Matt Cohen can haul in the ball wherever it’s thrown, an attribute that earned him the nickname “Good Catch” during his JV days. Six-foot-four junior Leo Gerunda is a hybrid wide receiver/tight end who can also contribute on offense.

The offensive and defensive lines will also be sporting new looks this season. Senior Brad Lieberman is moving from center to tackle, but remains the leader of the group that will also include the “Crunch-N-Munch” guard tandem of sophomore Brandon Goldstein and junior Josh Amiel and junior center Tyler Casesi.  The same group will flip over to the defensive line side along with end Osborne.

The linebacking corps is taking shape, but Vaccaro and Girunda could see time there with Nick Larsen. Brad Rowe returns after an injury-marred junior season and will split time between outside linebacker and safety.

The secondary could be one of the Cougars’ strengths this season. Speedy Peter Kourkoumelis will man one cornerback spot and will form a tandem with rising senior Thomas Sweeney. Torcia will be one of the safeties.