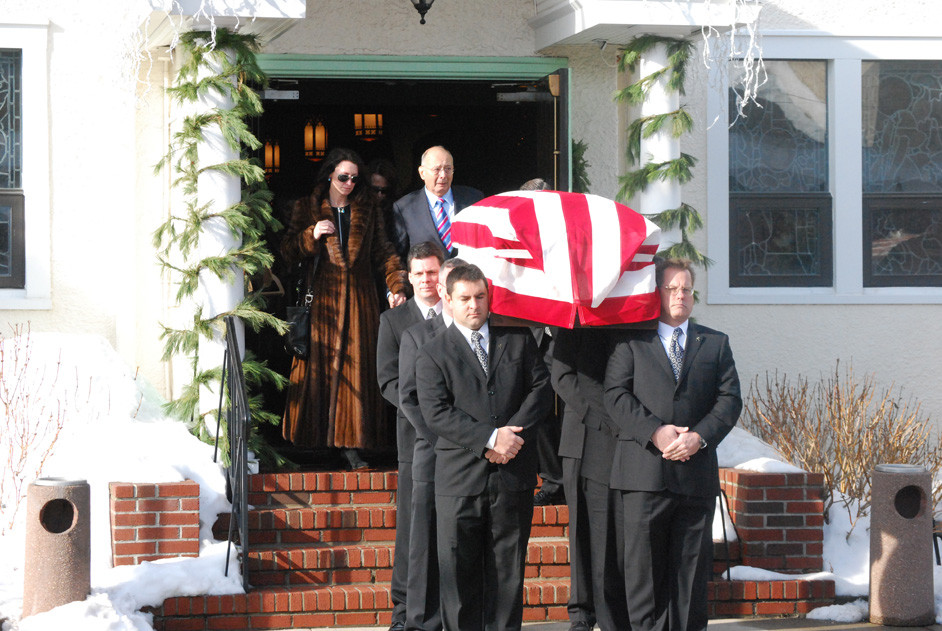 Alfonse D’Amato, center, with his wife, Katuria, followed his father’s casket out of the Sacred Heart Church in Island Park on Dec. 31.
Bill Kelly/Herald 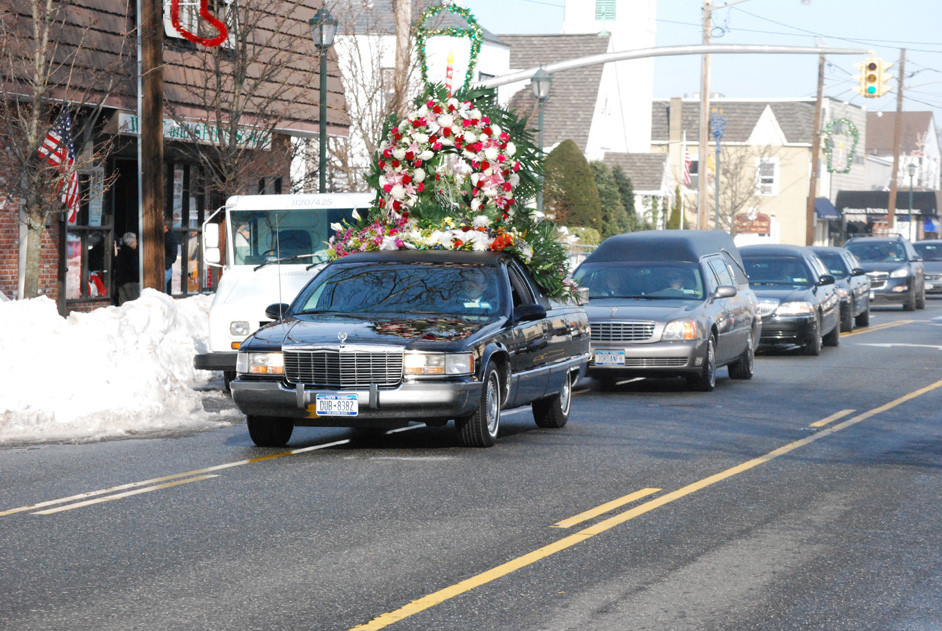 A funeral procession down Long Beach Road in Island Park followed the services at Sacred Heart on Dec. 31, which Representative Peter King and Bishop William Murphy attended, among others.
Bill Kelly/Herald 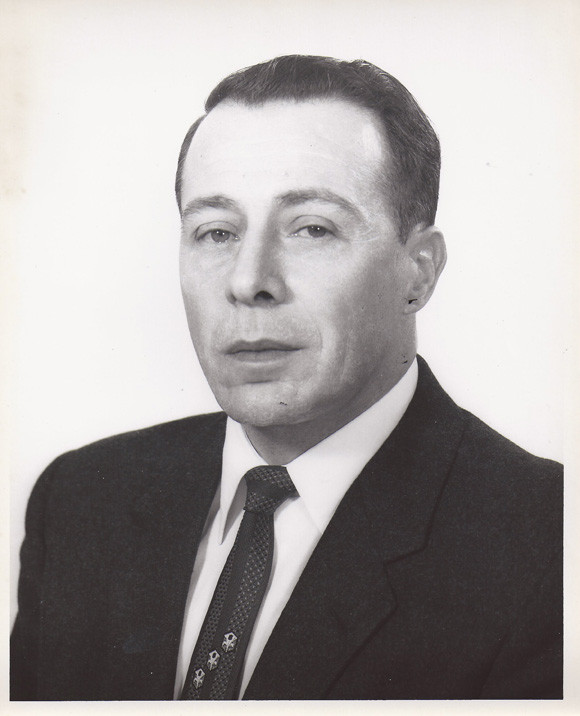 D’Amato was a fixture in Island Park, where he lived for 65 years. He and his wife, Antoinette, moved there in 1945, buying a house on Ostend Road where Antoinette still lives. Armand founded an insurance business with an office in Rockville Centre.

He was one of the founders of the Island Park Chamber of Commerce and was elected its first president in 1947. For decades afterward, he remained active in the organization, advising chamber presidents and attending meetings.

“He maintained his activity in the community as long as he could,” said Barbra Rubin-Perry, the chamber’s current president. “He attended meetings regularly, as well as our dinners and award ceremonies and everything else. He came to store openings. He was a very active member of the Chamber of Commerce, as well as being a really nice guy.”

D’Amato’s kindness was also remembered by Larry Elovich, a longtime friend of his son Alfonse. “The D’Amato family was one that welcomed people into their home,” Elovich said. “And if you were in their home on a Sunday, you would be serenaded by Mr. D’Amato playing the piano and his wife cooking a great Italian feast.” The D’Amatos once welcomed President Reagan to their home “for a good pasta dinner,” Elovich said.

D’Amato was born on May 29, 1913, in Newark. The son of Italian immigrants, he grew up speaking no English until he started grade school. “He flunked English,” said former Senator D’Amato. “He flunked it all through grade school.”

The second-oldest of nine children, Armand dropped out of grade school to help support his family. He eventually continued his education at Montclair State Teachers College, where he majored in English, “using his presence and bearing to overcome,” his son said.

He used his skills as a pianist to pay his way through college. Even though he only had 18 months of lessons, he played piano at bars and restaurants in the 1930s, making $5 or $10 a week.

He made the most of his “presence and bearing” when he first moved to Island Park, helping to bring home mail delivery to residents. Those same qualities helped him become a successful member of Alcoholics Anonymous, according to his son.

“He was in AA for well over 53 years, and saved a lot of people, helped a lot of people,” said the former senator. “He lived by the principles of trying and taking one day at a time and extending a hand to people whenever he could. And he did.”

D’Amato was one of the founders and the president of the Council of Nassau County Chambers of Commerce, and district governor of the Lions Clubs in the area — an organization he deeply loved. He also helped found the Island Park Public Library.

“He was a pillar of our community,” said Rubin-Perry. “He was a real mover and shaker in the Island Park community, and this is a great loss for us.”

Alfonse D’Amato fondly recalled his father taking his grandchildren down to the Long Beach boardwalk on weekends for ice cream. “On Sundays he would say, ‘You boys want to go down to the boardwalk?’” Alfonse said, imitating his father’s deep voice. “And of course they loved it, and he could get out and smoke his cigar.”

D’Amato was a model and inspiration for his son, showing him that people could accomplish anything if they tried hard enough. “He was a great example to people of what you could do,” Alfonse said. “He gave me inspiration that you could do just about anything you wanted if you were willing to pay the price and make the sacrifice.”

D’Amato is survived by his wife; Alfonse and another son, Armand; a daughter, Joanne; two sisters, Gilda and Dora; a brother, Albert; 13 grandchildren and 11 great-grandchildren.

In lieu of flowers, the family asked that donations be made to the Five Towns Lions Club or the Lions Club International.