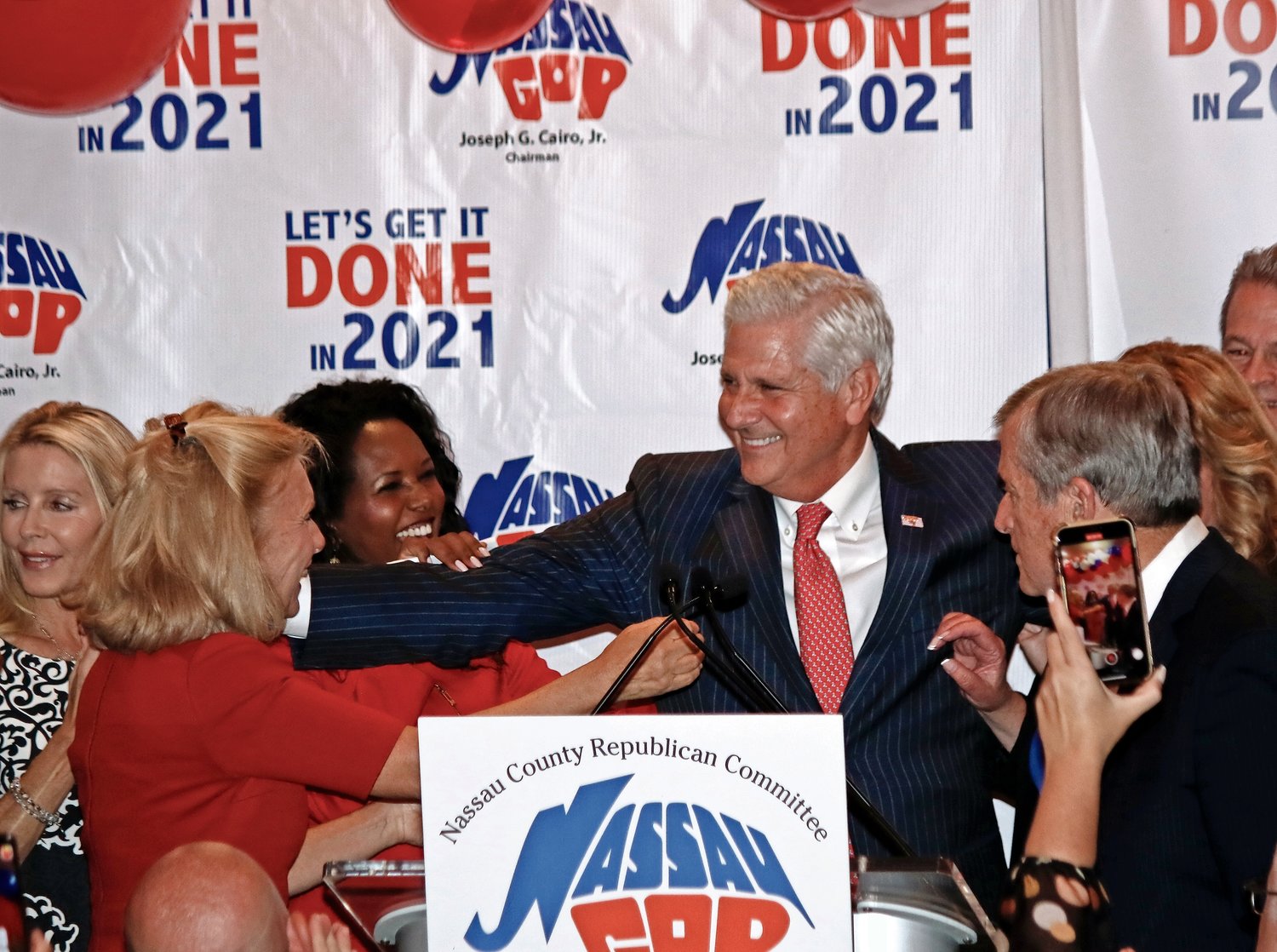 Though the race for county executive is not officially called, Town Councilman and Republican Bruce Blakeman had surpassed Democrat incumbent Laura Curran with 52 percent of the votes so far.
Christina Daly/Herald 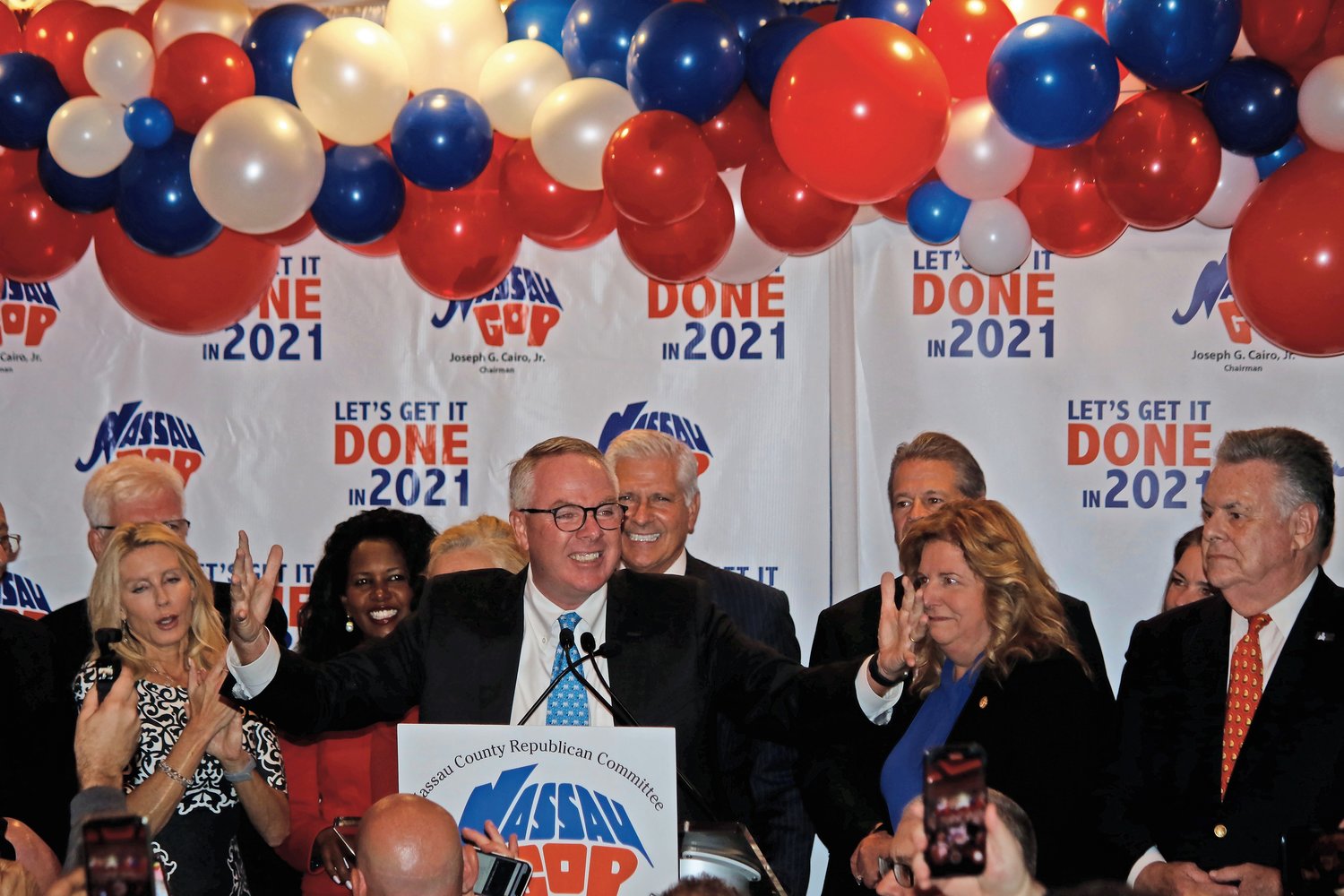 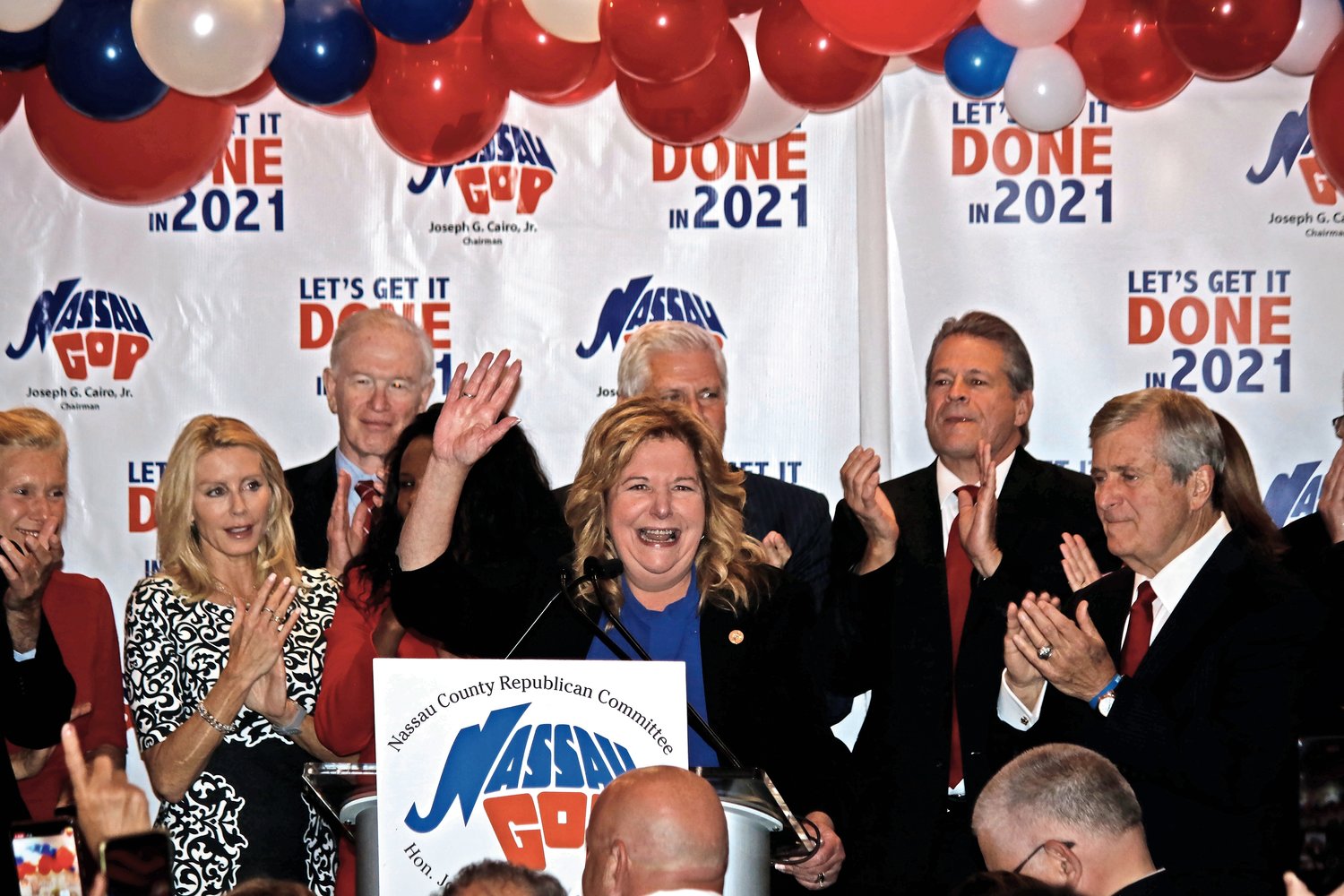 Republican Elaine Phillips, a former state senator, was declared the winner in the race for county comptroller, with over 60 percent of the votes, besting Democrat Ryan Cronin. And Republican Maureen O’Connell, with over 67 percent, appeared headed to victory over Democrat Justin Brown in the race for county clerk. Brown had almost 37% of the votes.

In the three Nassau County legislative districts that together cover Freeport, Democrat and Freeport resident Kevan Abrahams was holding the 1st Legislative District with 85 percent of the votes over Republican challenger Elton E. McCabe Jr.

Democrat Debra Mulé, also of Freeport, retained her seat in the 5th Legislative District, with more than 58 percent of the vote over Republican challenger Brian J. McEvoy’s 41 percent.