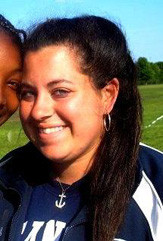 Debbie Pearsall was 21 when a pulmonary embolism lead to her death.
Courtesy Pearsall Family
Alex Costello

Oceanside resident and Oceanside High School graduate Deborah Pearsall died in the evening on Jan. 28 due to complications caused by a pulmonary embolism. She was 21 years old.

Pearsall, a 2008 OHS grad, was attending Lehigh University — a small, private school in Bethlehem, Pa. — where she was majoring in journalism.

Always an athlete, Pearsall played softball in both middle and high school. She also played in the Oceanside Fastpitch Softball League. In high school, she also became involved in track and field, where she was a discus thrower and shot putter. She was a two-time Nassau County Ladies Shot Put champion. She was recruited to Lehigh as a shot putter and competed on the university’s Division I track team.

Other than sports, Pearsall’s other passion was journalism. “Deborah was, as a junior, the editor-in-chief of the Lehigh [student newspaper,] The Brown and White,” said Pearsall’s father, Keith. “She was a Dow Jones Scholar in Journalism. She had internships at Cablevision, Newsday, The St. Petersburg Times [of Florida] and Men’s Health Magazine.

According to Pearsall’s own website, her love of journalism began when she was a girl. “In the seventh grade, I first watched Alan Pakula’s ‘All the President’s Men,’ starring Robert Redford and Dustin Hoffman as Bob Woodward and Carl Bernstein, the two reporters at The Washington Post who broke the Watergate scandal through their investigative reporting,” she wrote. “It was a story of how journalism, when put in the right hands, could change the course of the world — the fall of a president.”

At Oceanside, Pearsall was the founder of the Oceanside High School Powder Puff football game.

“About six years ago, they redid the football field [at the high school],” Keith said. “It really pissed her off that she wasn’t going to get to play on it. So she went to the athletic director at the time and said, ‘We want to have a junior/senior girls touch football game under the lights, and we’ll raise money for breast cancer.’ She went up to Dr. Brown’s office and got permission to do it and organized it and got the T-shirts printed and got the officials. She pulled this out of the air when she was 15. And they still do it.”

Pearsall’s presence was felt everywhere around the campus of Lehigh University. In her early years, she wrote an article after a ride-along with the campus police, which helped to change the negative perception that many students had of the police. Members of the campus police will serve as pall bearers at her funeral.

She was also very active in her sorority, Zeta Tau Alpha, and was a founding member of the Lehigh University chapter.

“When you walked across the Lehigh campus, everybody said hello to her,” said her father. “It was like it was important to them to say hello to her. She knew every athlete and every club member — she was that kind of person.”

Her list of awards was impressive. She was the Herald’s award winner for Excellence in Journalism at OHS in 2008, a two-time winner of the Lehigh University Williams Prize, a two-time Ann Siegel Journalism Scholarship Award winner and a Phi Eta Sigma honor society member, among others.

Pearsall was a determined person with an indomitable spirit. “Nobody ever starts at the top, and nobody ever gets to the top by being apathetic,” she wrote on her website. “So, I’m ready for whatever is thrown my way. Even if it’s Roy Halladay’s curve ball.”

Services will be held at 10 a.m. on Feb. 2 at Gutterman’s Memorial Chapel, at 175 North Long Beach Road in Rockville Centre. The family asks that, in lieu of flowers, people be checked for blood clots of the lung in Debbie’s memory.