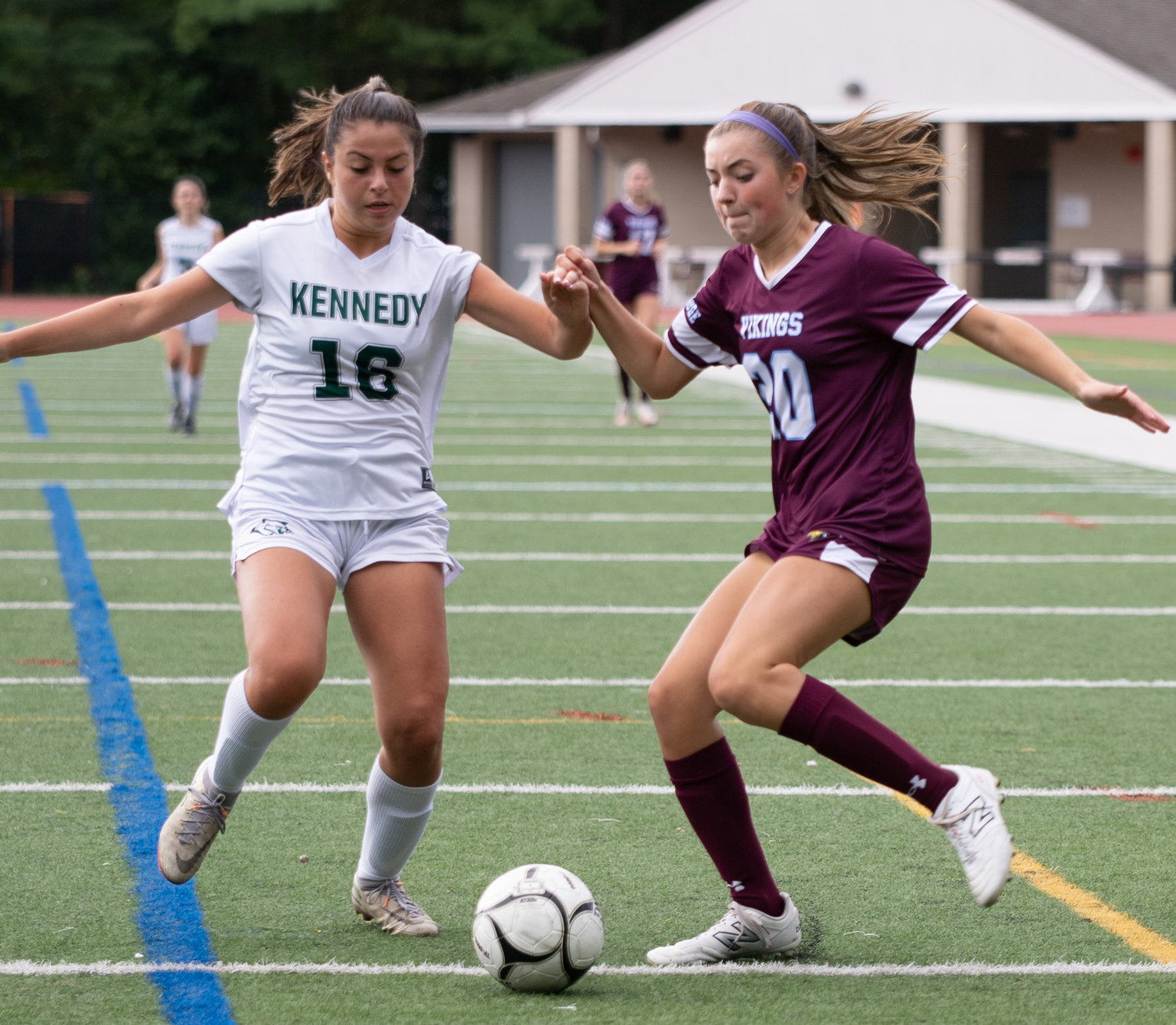 In her 10-year stint on the Glen Head/Sea Cliff campus, coach Lauren Gotta hasn't seen as long a list of capable performers.

The makeup is such that opponents can’t key on one or two stars, making the Vikings dangerous once the postseason rolls around in late October.

Plus, North Shore can withstand injuries. Gotta has the best bench since the Queens College soccer alum has piloted North Shore.

“We have so many (threats),’’ Gotta said. “It’s not exactly one person. We have a bunch of kids who can score. It’s sprinkled all over the place. It’s a deep team and they’re young too.’’

Though North Shore boasts eight seniors, some of her elite players are underclassmen. North Shore is off to a 2-2-1 start - nearly halfway through Nassau County’s AA regular season.

In Saturday’s 2-0 win over Bellmore-Kennedy, senior Kylee Colbert notched both goals. But it could be anybody on any day.

It could be standout sophomore midfielder/striker Crystal Knoell, who rotates between each position. “She’s good anywhere we put here,’’ Gotta said.

Junior midfielder Sofia Martini is another reliable force. “She holds the midfield down,’’ Gotta said. “She really can serve balls, be aggressive, man mark and has great touch. She’s a workhorse.’’

Yet Gotta, when pressed, chose her most significant player as senior Ari Guss, who rotates from defense to midfield depending upon the opponent. “She’s probably my strongest, most soccer-intelligent,’’ Gotta said.

Plugging the gaps has been no issue. “I’m fortunate this year,’’ Gotta said. “I have bench I can go to. They’re all so even and it’s nice to have subs.  The first time I can get kids off the bench and know they’ll be fine.’’

Two senior reserves are Ava Bartoli and Gaby Basile. Neither played much last season, have shown a lot progress and the coach calls them “pleasant surprises.’’

Goalkeeping is in good hands with junior Meredith Papiro. One prospect whom the coaching staff is grooming for the future is Ally Basile, a sophomore centerback. Gotta feels Basile will be tasked with replacing the graduating Guss.

Gotta demands an aggressive style. Sometimes, she gets concerned about mental focus for a full 80-minute game.

“I’ve always been big on being aggressive for 50-50 balls,’’ Gotta said. “That’s always been my thing. You win the ball out of the air, you dictate the pace of the game. It’s something I instill in them. I try to be very simple. Nobody needs to take a million touches on the ball. Pass the ball around and create the space by moving off the ball.’’

She feels her deep squad will jell in the season’s second half. Gotta doesn’t like the  rules of just five practices before the opener. Gotta said Nassau County should implement longer training camps to duplicate Suffolk and calls it “super frustrating.’’

“In the second half, we will have it figured out,’’ Gotta said. “Our goal is to perfect our game going into postseason, then we’ll take it from there.’’