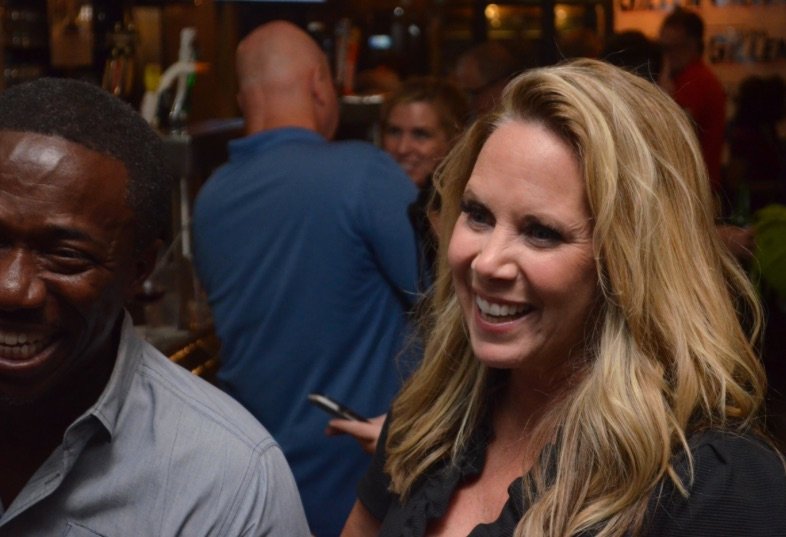 The former Hempstead town supervisor was projected to win the Democratic primary for the 4th Congressional District on Tuesday, with nearly 67 percent of the vote in early returns.

“Tonight, voters spoke loud and clear that they want a representative who will fight tooth and nail against GOP politicians in Washington,” Gillen said in a statement following the win, decrying Republicans “who want to pass a national abortion ban without exceptions to rape, incest, or even if the woman’s life is in danger.”

“Health care decisions —  including basic birth control — are between a woman and her doctor, not by Washington politicians trying to score political points with their extremist base.”

The 52-year-old Rockville Centre resident had been a favorite to win, endorsed by Rice as well as a number of major Democratic Party figures, including House Majority Leader Steny Hoyer and House Democratic Caucus chair Hakeem Jeffries.

She now faces Hempstead town councilman Anthony D’Esposito in the Nov. 8 general election. He ran unopposed on the Republican ticket.

“Laura Gillen tried to hike your taxes as town supervisor,” D’Esposito said on Twitter. “She would do it again in Congress.”

Gillen has stated that repealing restrictions to state and local tax deductions passed in 2017 is one of her immediate priorities. She also voiced support for universal background checks on gun purchases to help curb crime and violence, while calling for expanded voting rights.

Keith Corbett had 14 percent of the vote. The Malverne mayor  called for expansions to reproductive and voting rights while touting his experience in village planning and infrastructure.

Finally, physician Muzib Huq from Elmont captured a little more than 1 percent of the vote. He had campaigned on improving the American health care system, championing racial and religious tolerance, and investing in anemic local and national infrastructure.

While the fourth district is forecasted to safely lean Democrat by some, other pollsters — like McLaughlin & Associates — say D’Esposito had the best chance of claiming the seat if Gillen was his opponent.