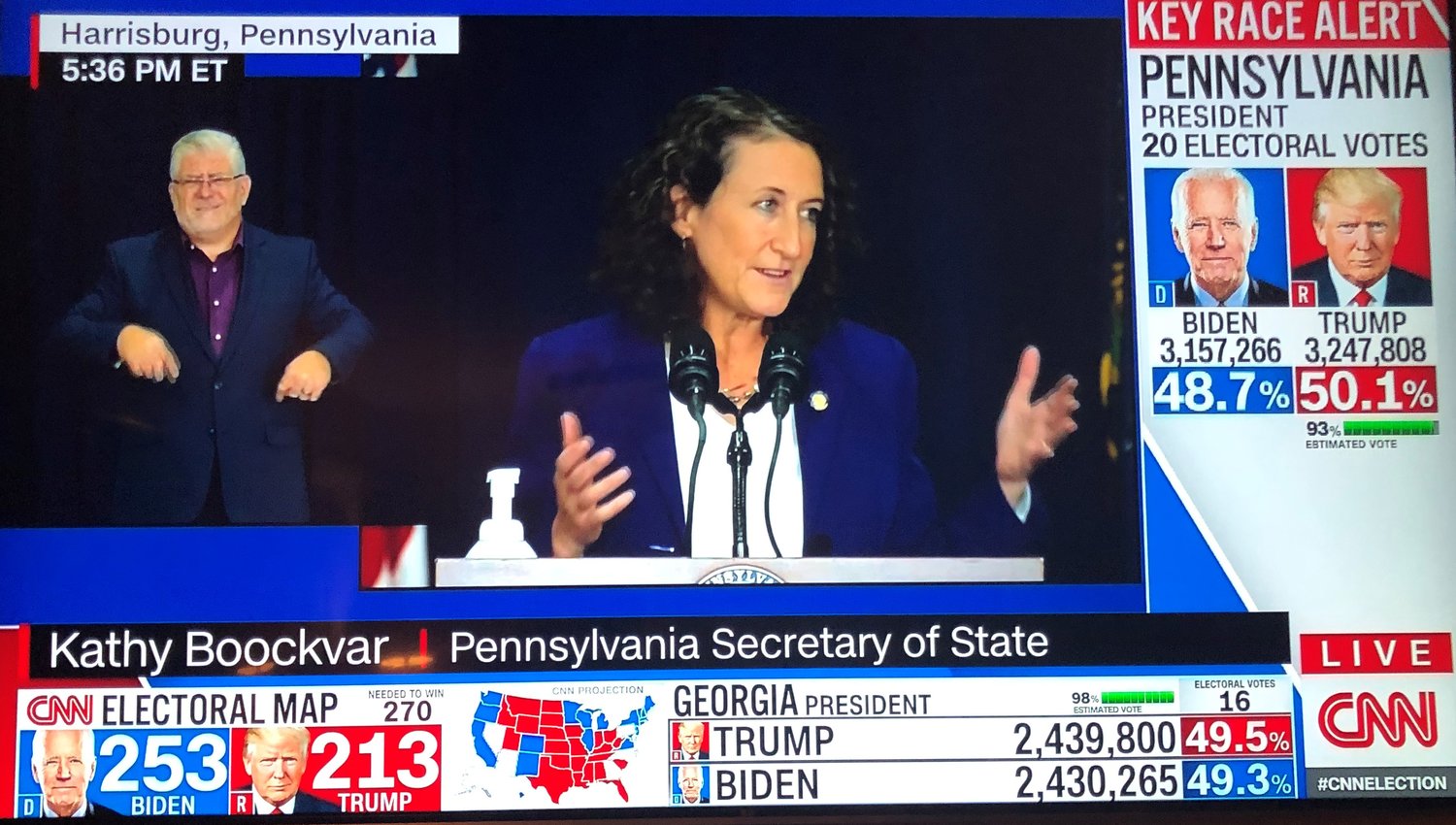 Five Towns native Kathy Boockvar in her position as the Secretary of State of Pennsylvania explained the ballot counting process that is being conducted under her watch.
Jeffrey Bessen/Herald
SUPPORT LOCAL JOURNALISM

Kathy Boockvar, a former Hewlett Neck resident who graduated from Hewlett High School class of 1986, and was appointed to be Pennsylvania Secretary of State by Gov. Tom Wolf last year is in the middle of the presidential election.

Boockvar, 52, oversees the ballot counting that had been  closely watched by both the Biden and Trump campaigns. Former Vice President Joe Biden  was declared the winner  of  Pennsylvania's 20 electoral votes and will be the natins 46th president.

During a Nov. 5 news conference, Boockvar said that, “The overwhelmingly majority of ballots have been counted but because it’s a close race it’s not quite clear who the winner is." She said that somewhere between 2.5 and 3 million ballots mail-in ballots were cast this year. In 2016 it was 260,000.

“That means it’s going to take longer to actually see who the winner is,” she said on Nov. 5. "But I can tell you that there’s several hundred thousand ballots remaining to be counted. You can track all that what counties [counting] remains in, look at our website and you’ll be able to see how we get to the conclusion.” It took nearly  four days after Elction Day to declare a winner in the presidential race.

Her experience is public interest law and policy, election administration and nonprofit health care administration. She ran unsuccessfully for a Pennsylvania Congressional seat in 2012 and for the Keystone State’s Commonwealth Court in 2011. A Democrat, Boockvar previously served as chief counsel in the auditor general’s office and worked as an attorney in private practice and a nonprofit executive.

Wolf said on Nov. 4: “We are going to accurately count every single ballot.”