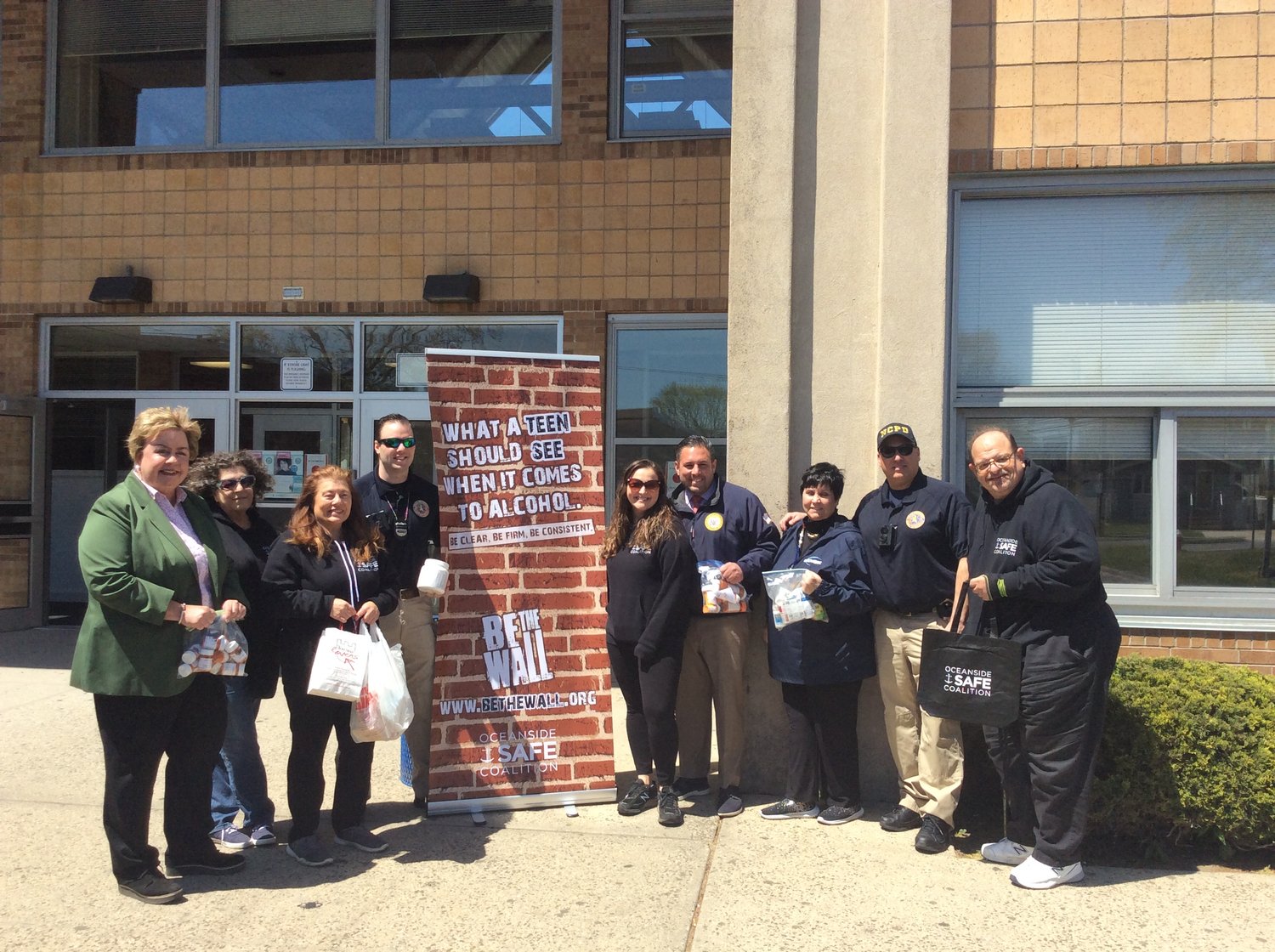 Town officials, at top, joined the organization to help take drugs off the streets.
Kepherd Daniel/Herald 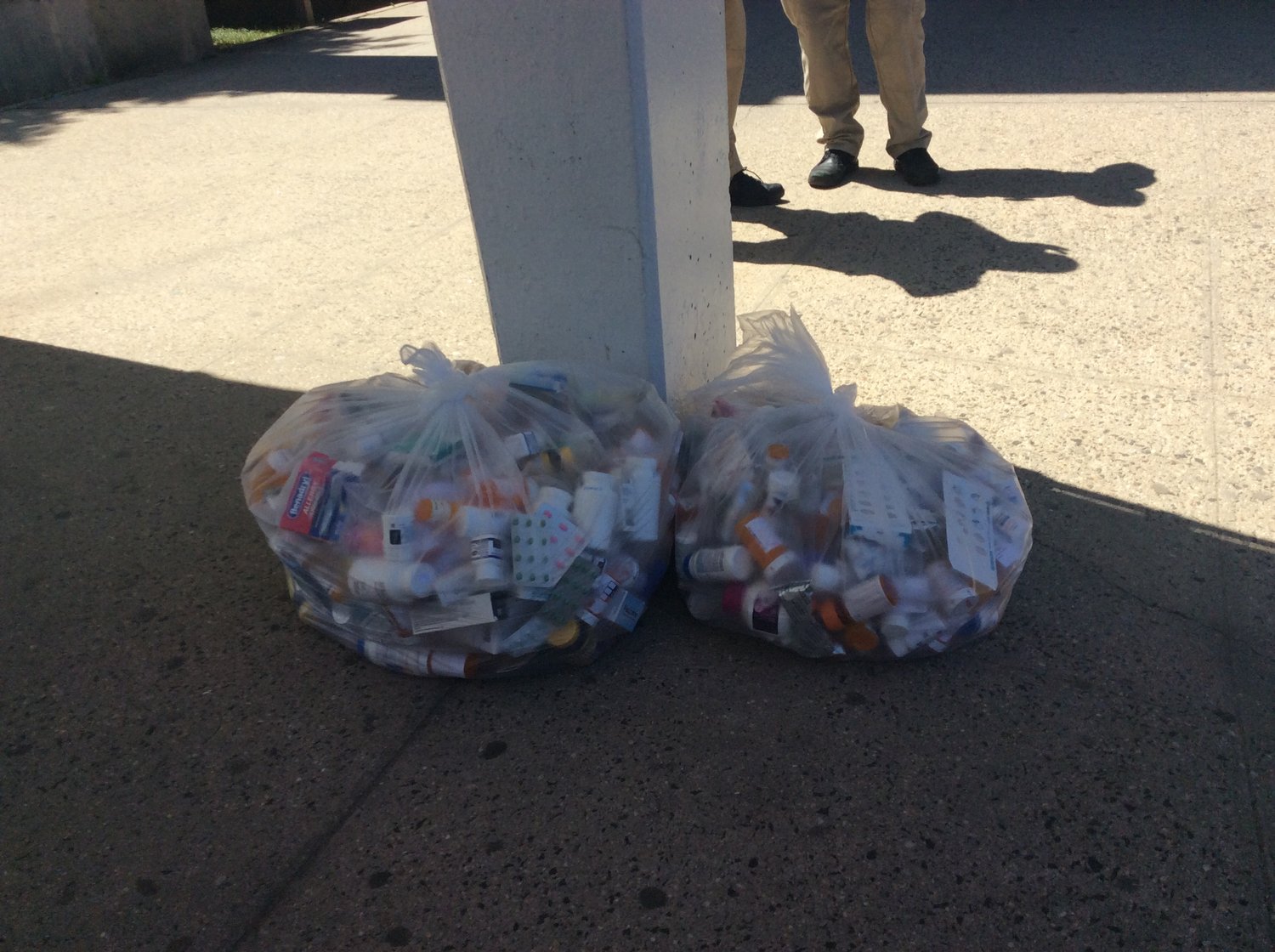 More than 70 pounds of drugs were collected during the recent drug take back day with the Oceanside Safe Coalition.
Kepherd Daniel/Herald
Previous Next
By Kepherd Daniel

The Oceanside Safe Coalition gathered at the front circle of Oceanside High School on Saturday, April 30, and collected hundreds of pills and other medications as part of Prescription Drug Take-Back Day.

Oceanside Safe Coalition has a drug take-back day twice a year and on Saturday, officials disposed of 78 pounds of prescription medication. The coalition gathered both prescription and over-the-counter medications from community residents, who brought them in, and members of the Fourth Precinct disposed of the medications.

Oceanside Safe also used the day to raise awareness about its newly launched “Be the Wall” Campaign. The campaign supports parents, along with community leaders, organizations and retailers, to keep the message clear to teens regarding underage alcohol use by promoting the importance of frequent prevention conversations.

It also aims to raise awareness of the root causes of teen drinking and change permissive attitudes that enhance social access to alcohol.

“It’s trying to educate parents on underage drinking and it’s more of a parent education between the child,’’ said Oceanside Safe member, Fran Gallin. “The parent is the wall between alcohol and the adolescent drinking.”

Alison Eriksen, project coordinator for Oceanside Safe, spoke more on the details of the campaign.

“It’s geared toward the community, but more so parents,” she said, “encouraging parents to have those conversations with their kids. Keep them firm, consistent and open. Make it a conversation and not just one conversation and done, keep it on-going.”

With the launch of the campaign, Oceanside Safe has reached out to the community to spread awareness with local real estate firm American Homes and the Oceanside Library being among the first to reach out to support the campaign with more community businesses showing interest.

“It’s early into the campaign so there is still time for people to get involved,” said Eriksen.