Sharing her talents for a cause 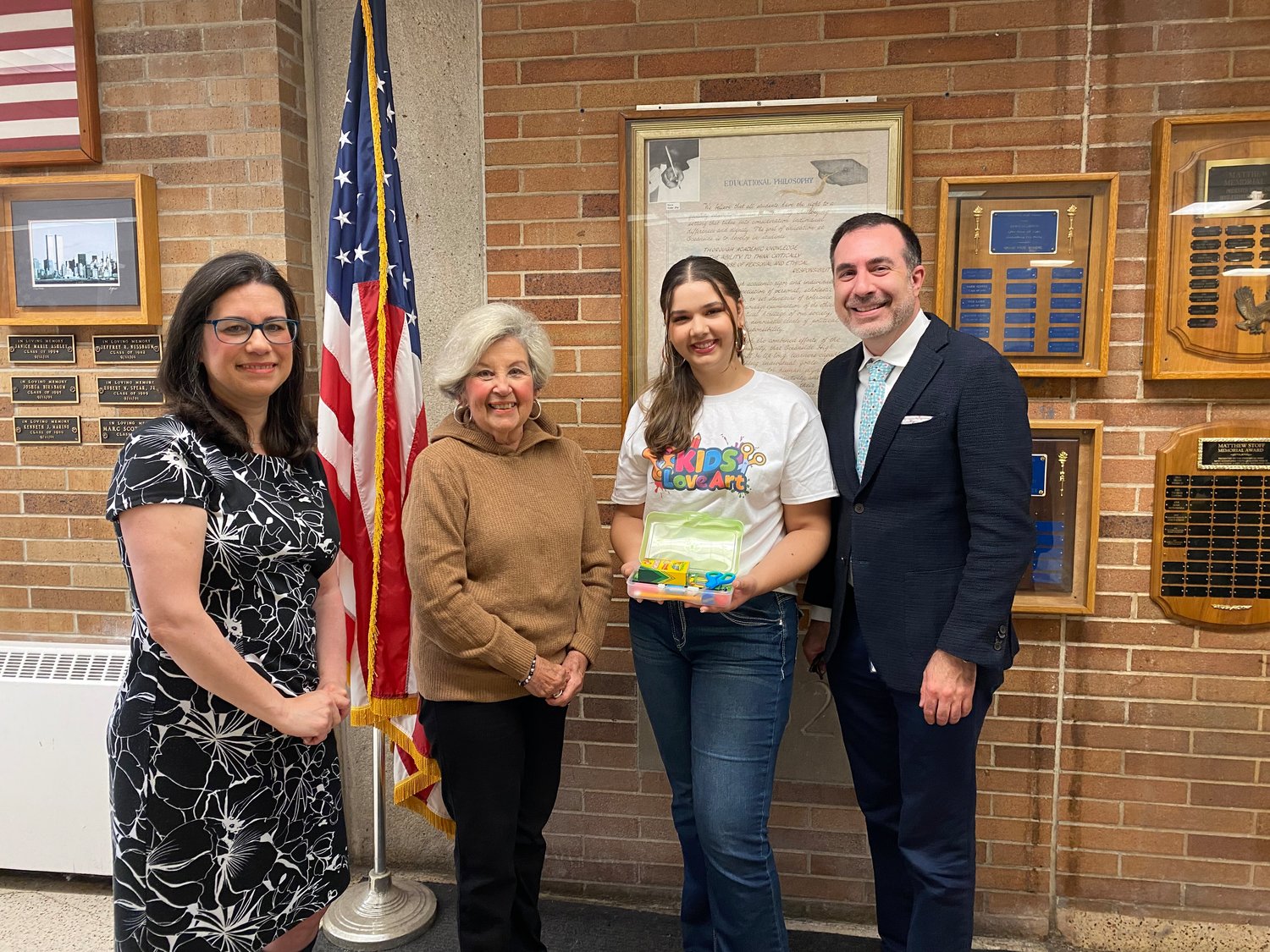 I just want to help every child, every little artist, and keep giving back and doing what I can.”
Lauren Oliver, Founder, Kids Love Art NY
By Tom Carrozza

Art seems to run in the Oliver family of Oceanside. Painting, drawing, playing music and even writing are something to soothe the soul and be shared. The coronavirus pandemic gave 17-year-old Lauren Oliver, a junior at Oceanside High School, an opportunity to share her love of the arts: She started her own charity, called Kids Love Art NY.

On April 6, Oliver’s one-woman charity made its first donation, when she met Marguerite Grasing, executive director of the Hispanic Brotherhood of Nassau County, and the organization’s co-director, Marguerite Keller in the lobby of Oceanside High. Oliver gave the brotherhood 75 art boxes filled to the brim with art supplies for the children they work with.

Oliver contacted the Hispanic Brotherhood, with the help of Dr. David Rose, director of world languages for the Oceanside School District, and Superintendent Phyllis Harrington, earlier this month. Since then, Oliver has made trips to local art stores with her parents and packed the 75 boxes herself. She put together an assembly line of colored pencils, crayons, markers, scissors and sharpeners, and packed all the boxes in one day.

“I think it’s wonderful that Lauren recognized that not all families can afford art supplies outside of school,” said Rose, who has coordinated district efforts to work with the brotherhood for over a decade.

Keller said the donated boxes would get much use in the brotherhood’s after-school child care program and summer programs for children ages 5 to 12 and 13 to 17. Oliver plans to teach an art class at the brotherhood headquarters in Rockville Centre this summer.

“People who volunteer and do things on their own and sometimes come up with ideas we could never even fathom are really helpful,” Keller said. “They’re the backbone of what goes on.”

Oliver said the pandemic gave her a chance to more deeply delve into art to express herself. It became a “spiritual” release that she wanted to share with the community. She found out that her neighbor, a teacher, had to buy all of the art supplies for her classes herself. Oliver was frustrated that art tends to be one of the first things cut in school budgets around the country, but that gave her the idea for the charity.

She started it last summer, but waited until things were nearly back to normal at school to embark on her first project. “I just want to help every little child, every little artist, and keep giving back and doing what I can,” she said after her donation last week.

Though her creativity came in a different form from that of her father, Jay, a former DJ, and her brother, Collin, who followed in their father’s footsteps, Lauren said she was excited about finding her own way to express herself and helping others do the same.

“We’d only recently found out that she even loved art or even could draw,” her mother, Debbie, said. Lauren is now a member of the arts honor program at the high school, and is hoping to major in art or education in college after she graduates from OHS next spring. Her parents have encouraged her daughter to share her gifts and generosity with the community.

Kids Love Art NY is on Facebook and Instagram, where Lauren hopes to keep spreading the word to help provide even more Long Island students with the supplies to express themselves.