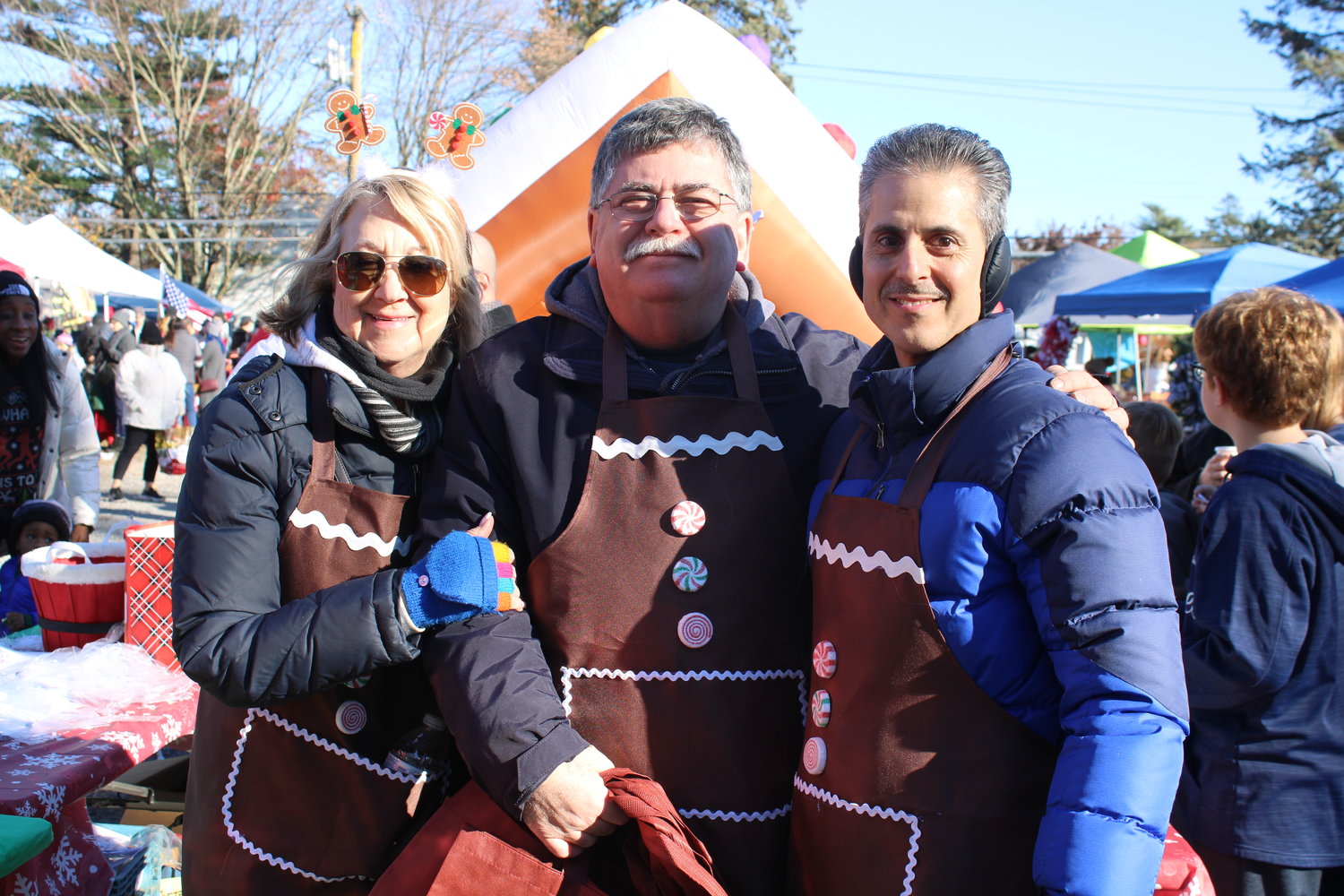 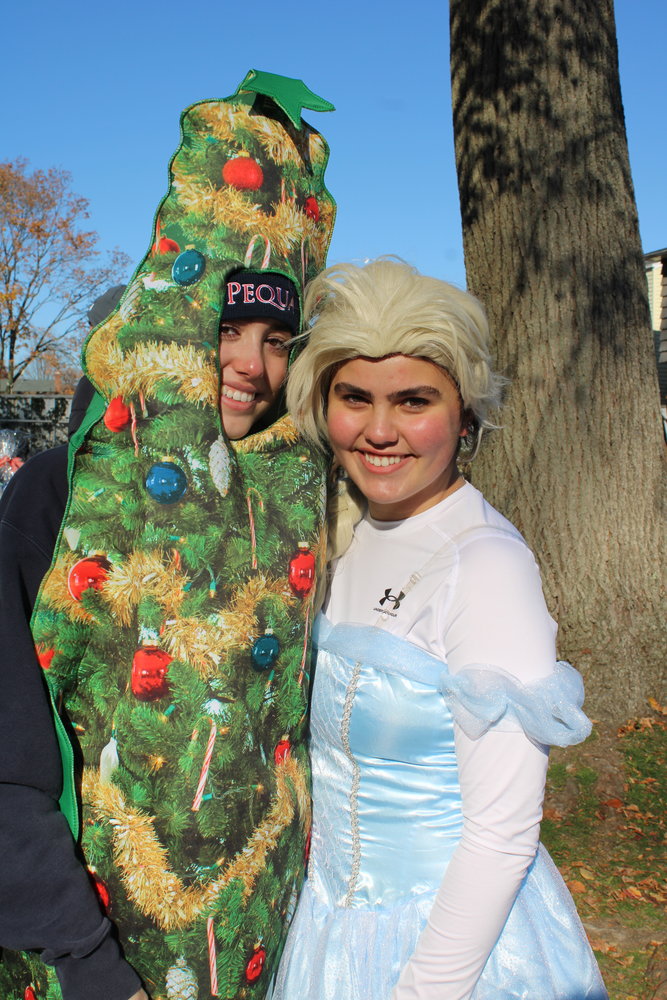 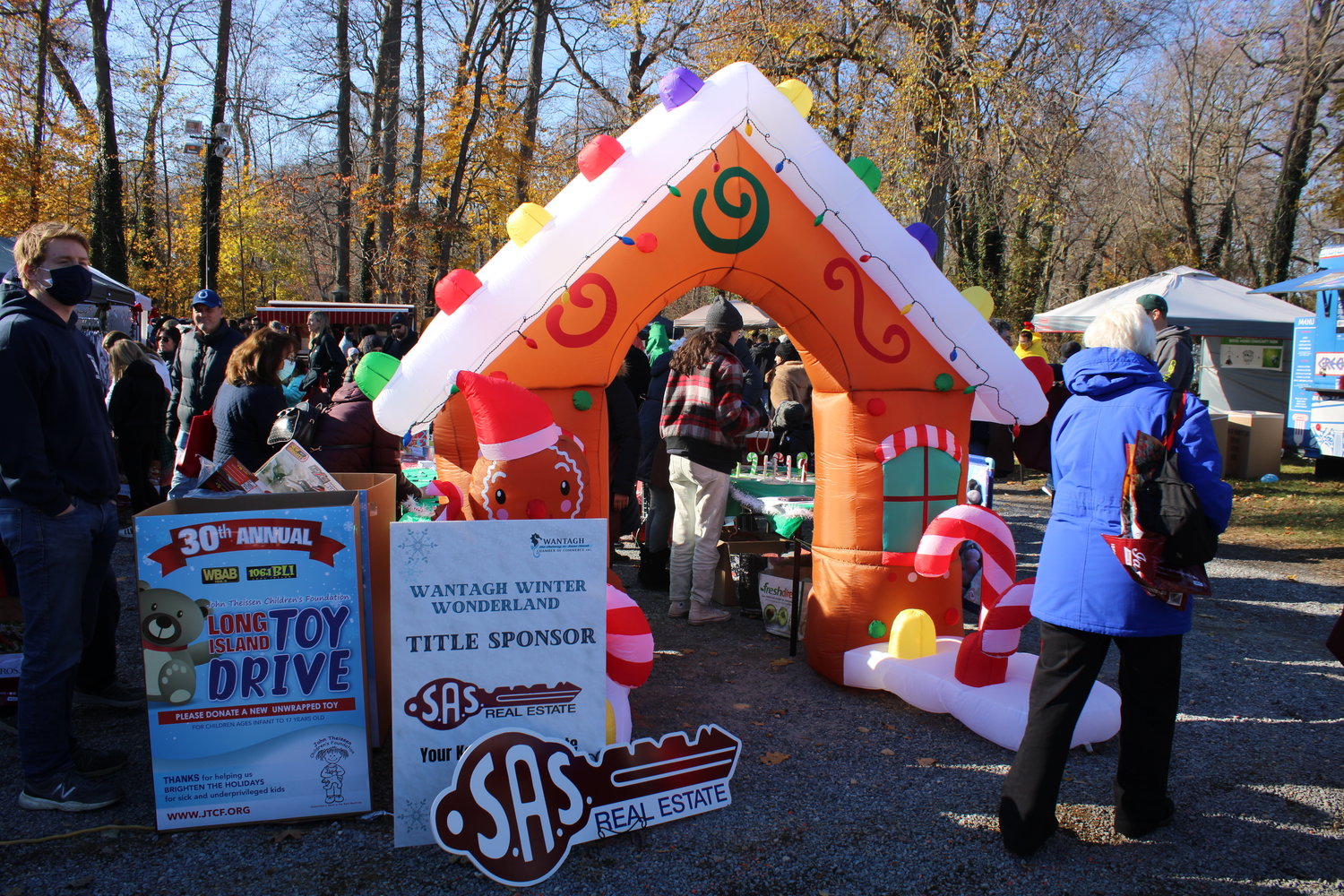 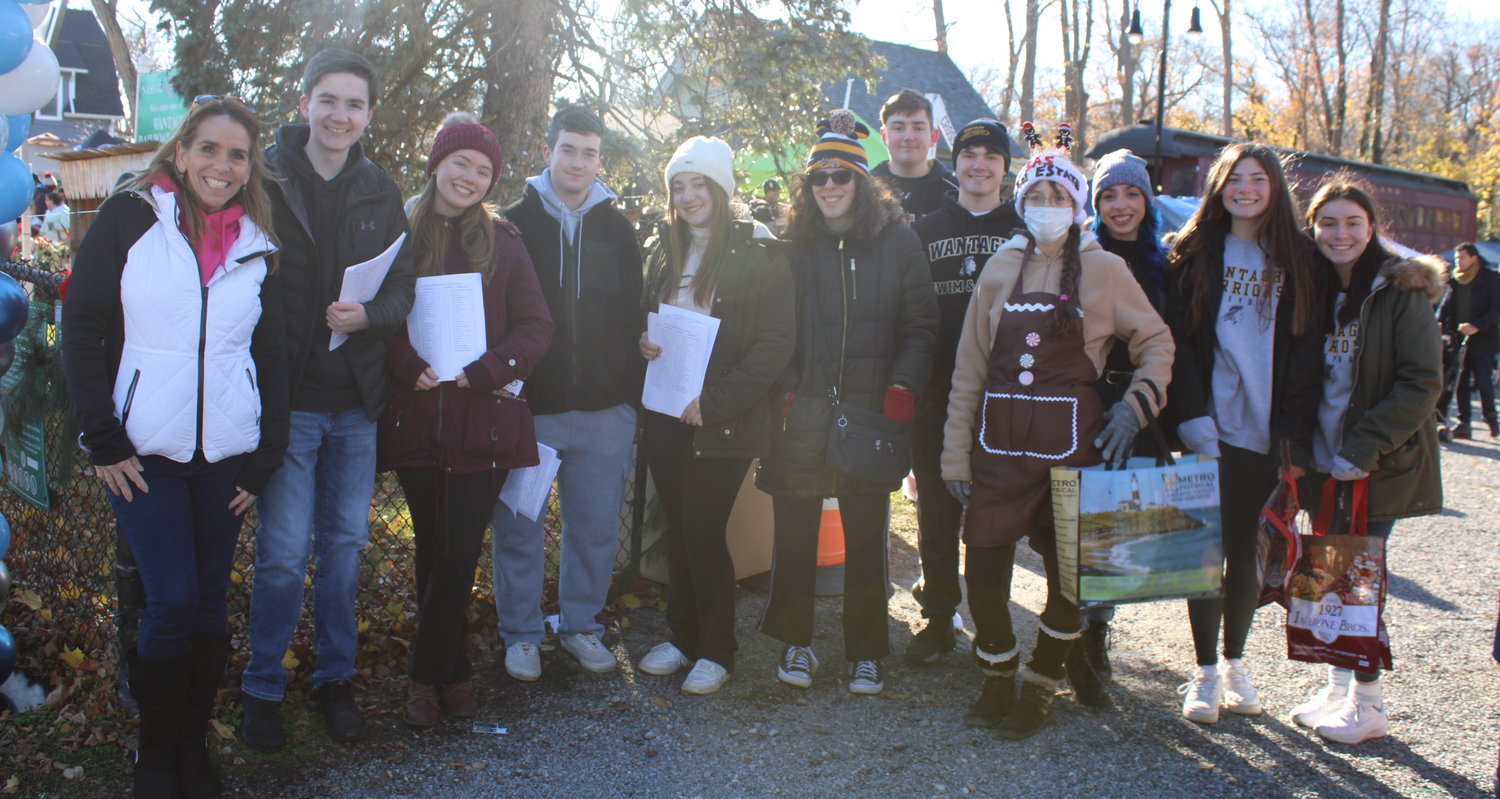 As “Carol of the Bells” played at the entryway to the Wantagh Museum, the scent of wood-fired pizza wafted through the air. As a group of residents walked under a blue, teal and white balloon arch created by Wantagh-based Sky High Balloon NY, they were greeted with a jolly “Happy holidays!” from Wantagh High School Key Club members.

After two children stepped out of an old-fashioned trolley car that had transported them from the Wantagh High School administration building, they dashed toward an inflatable gingerbread house, where they were offered cookies.

The scene last Saturday was the Wantagh Chamber of Commerce’s third annual Winter Wonderland, which ran from 12:30 to 6 p.m. on the museum grounds.

“I think the turnout is incredible,” Chamber President Cathy Powell said. “It brings me joy to see all these families and all these people coming out and enjoying Wantagh, and seeing what we have to offer and just being happy, merry and outside.”

“We have an eclectic group of about 60 vendors,” Powell noted. They ran the gamut, from Wingin’ It Creations’ traditional Christmas decor to hot cocoa served by the owners of Guac Shop, which has a restaurant in Wantagh. Many vendors offered raffles and giveaways, including the event’s main sponsor, SAS Real Estate.

The fair was organized in conjunction with Small Business Saturday, a national holiday that falls on the Saturday after Thanksgiving, on which people are encouraged to shop local.

The Wantagh Preservation Society opened the museum, too, where the pot-belly stove provided some warmth for chilly patrons. The organization, which sold coffee and held a 50/50 raffle at the event, recently replaced the boards on the museum platform and deck, and acquired land beside the museum — an open field — through the Nassau County Open Space program.

For Maria Montalbano, of Merrick, the festival served as a reunion of sorts. As Wantagh High School alumna, Montalbano said her roots are in the community. She stopped by the vent with her daughter, Siobhan Montalbano, of Wantagh, and two of her grandchildren, Luca and Avianna.

“I pass by here every other day,” Montalbano said. “I was like, ‘I want to go here.’ And I’m glad I did – we love it.” Siobhan added that her son, who attends Mandalay Elementary School, connected with many of his classmates at the festival.

Live performances ran throughout the day. Platinum Performance Dance Academy kicked off the entertainment with a 45-minute show in front of the Jamaica railroad car.

Wantagh resident and Chamber Trustee Rosemarie DeMaio, who owns Mama’s Custom Cookies, said it was the third year that her business has taken part in the winter festival. Typically, all the treats offered at her tent are sold out by the end of the day, including the popular 12 Days of Cookies advent calendar.

“It’s a lot of fun to be a vendor,” DeMaio said. “It’s something different, so it’s not your standard fall festival — it’s a winter festival, and the folks here are a bit more animated.” As she spoke, a woman sporting a Victorian Christmas caroler outfit strolled past.

Wantagh resident Heidi Felix, a former Kiwanis Club president, current club member and adviser of the Wantagh High Key Club for 11 years, said that many Key Club members volunteered at the festival. Some dressed as “Santa’s little helpers” and helped Santa Claus at his meet-and-greet booth, while others welcomed visitors to the event.

“These kids are amazing,” Felix said. “They consistently use their own free time for this community. I’m so grateful for them and all they do for us. We’re trying to lead by example, and show that kids really care and they want to help others.”

The Key Club is this year operating a holiday toy drive with the John Theissen Children’s Foundation, based in Wantagh. The Key Club is also running a program that delivers greeting cards to hospital patients and residents of nursing homes. Theissen is also a Kiwanis member.

“This is where we bring everyone in our community together,” Felix said. “And Kiwanis is really just a big family that comes together to help others.”

Shortly after the American Legion Pipe Band performed holiday songs, the event culminated with a menorah blessing and a Christmas tree lighting. The menorah was donated by Chris Kaufman of Realty Advisors Inc.