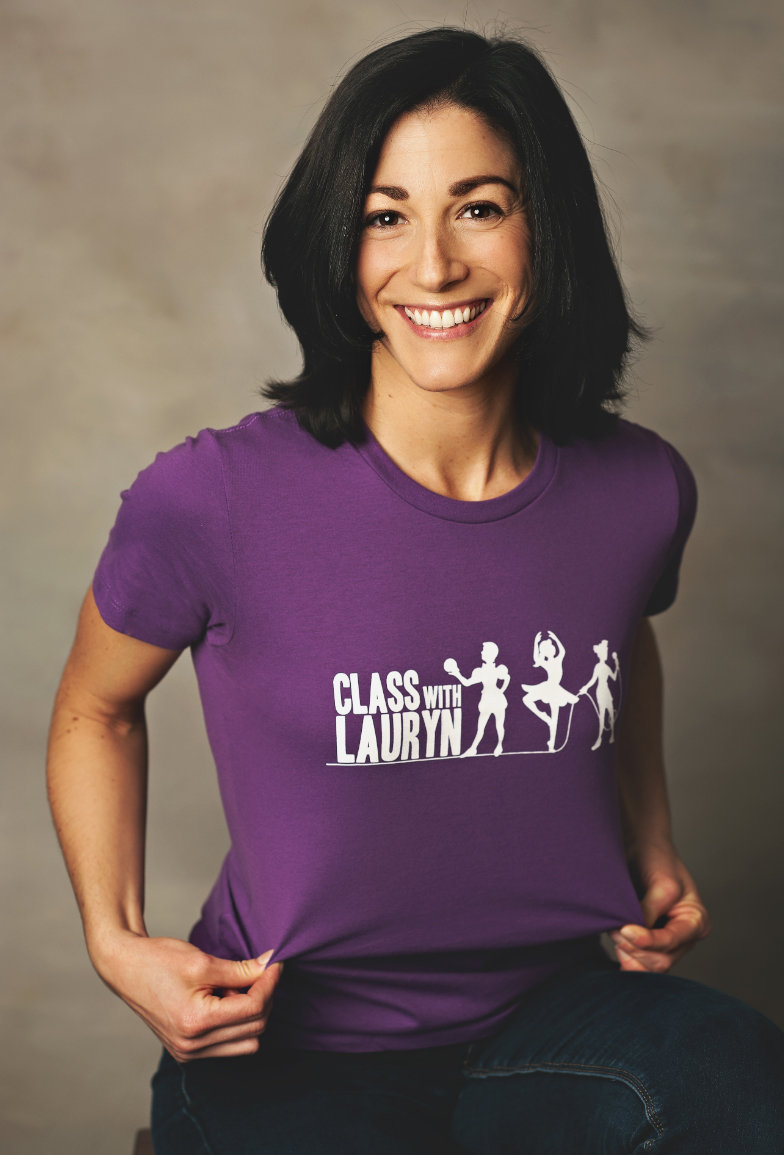 Lauryn Ciardullo revamped her acting and vocalist teaching career this past year after Broadway shut its doors in March 2020 over Covid-19 concerns.
Courtesy Lauryn Ciardullo 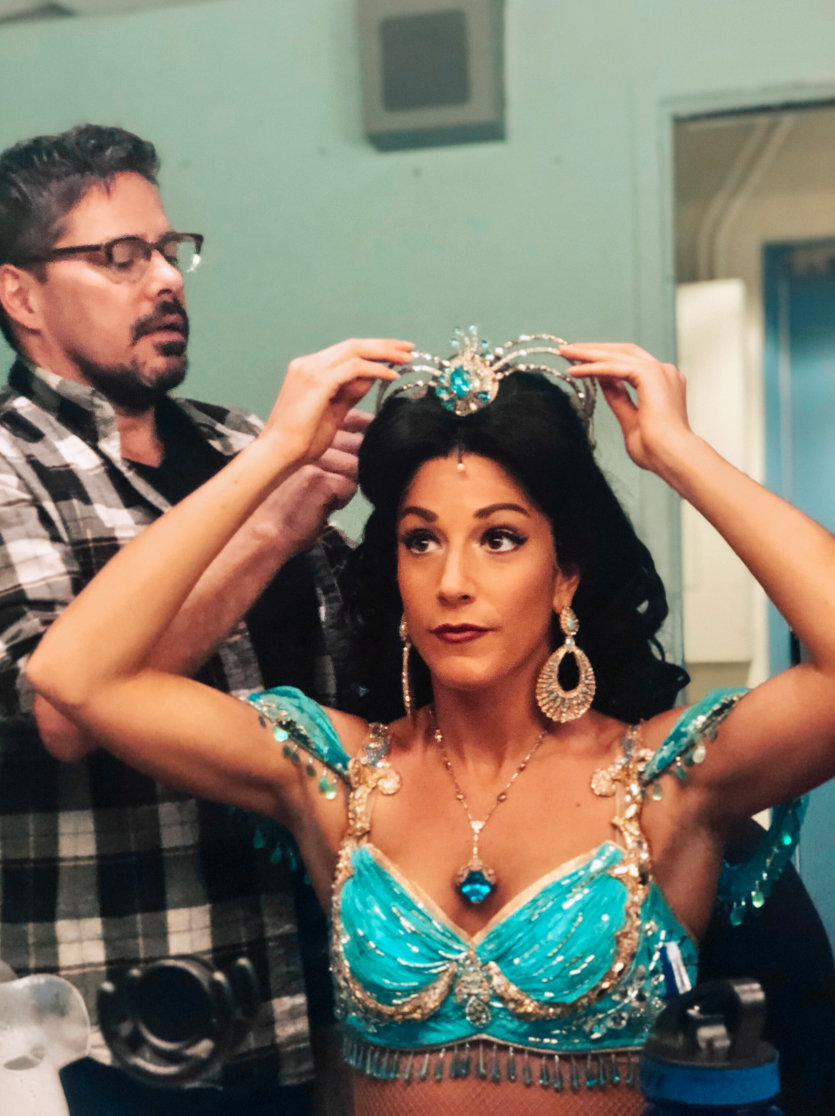 Lauryn Ciardullo was an understudy for the part of Jasmine in the original cast of Broadway's 'Aladdin,' but declined to reprise her role to pursue her work as a dance and vocal coach.
Courtesy Lauryn Ciardullo
Previous Next
By Juan Lasso

When Broadway shut down two years ago over public health concerns amid the rapidly spreading coronavirus, not only did the district’s 41 theaters go dark, but thousands of performers suddenly found themselves without a job.

Lauryn Ciardullo, of Valley Stream, said the livelihoods of many in the performing arts were upturned overnight, including her own.

She performed in “Aladdin” on Broadway for almost seven years, serving as a swing and understudy for the part of Princess Jasmine in the original cast of the popular musical based on the 1992 Disney animated film. In the hectic, often unforeseen world of show business, Ciardullo was tasked with performing on stage as a cast member in the musical’s ensemble, playing multiple parts, and filling in for the lead as Jasmine, sometimes at a moment’s notice. It was a demanding gig even for the most seasoned theatre performers.

“There were times when I knew I was on for Jasmine for a week, but there were also times when I would wake up and have no idea who I would be playing in the show that day,” said Ciardullo. “It could be one of eight roles or if multiple people called out sick or injured, I might be playing two roles at once. We call that a split track.”

No stranger to sudden change, when Ciardullo first heard the news of the shutdown, she expected it would be only a matter of weeks before the show curtains would rise again on the city’s famed theatre district. In the meantime, she would spend those first few weeks, hosting free song and dance classes over Zoom for kids in Valley Stream and around Long Island.

“I always taught master classes so I figured this would be a great way to keep up my teaching skills,” said Ciardullo. She taught students as young as 6 years old how to sing a Broadway or Disney song — from “It’s a Hard Knock Life” from the musical “Annie” to “This Is Me” from “The Greatest Showman” —and get them up on their feet to learn accompanying choreography. She took to social media and posted on Facebook groups like Valley Stream Moms to promote her lessons.

Weeks stretched into months as the shutdown dragged on for what became a year and a half — the industry’s longest shutdown. But in that span of time, Ciardullo watched her side project take off.

“At one point, I had 100 kids from nine different countries in my Zoom class,” she said. Soon, she was flooded with messages and calls from parents asking for private voice and acting lessons and it turned into a full-time job. This led her to make a major career shift.

“When Broadway reopened, I decided not to return to ‘Aladdin,’” said Ciardullo. “Because I loved teaching so much and sharing my professional knowledge with young passionate performers.”

One such performer was 11-year-old Victoria “Tori” Bizzoco,  of Oceanside. The young actress recently finished her off-Broadway performance of “Hair Spray” by the Actor’s Technique New York company when she decided to take time to refine her acting chops and eventually call up Ciardullo.

Bizzoco, she explained, wanted to come under the wing of a 15-year industry pro in hopes of landing the role of Summer Hathaway in an Off-Broadway production of “School of Rock” at the John Cullum Theatre earlier this year. And that’s exactly what she did.

Ciardullo prepared Bizzoco to create her audition tape from her home studio in Valley Stream.

“She was really adamant about playing Summer, so we were going to work on this super hard,” said Ciardullo. Bizzoco is incredibly organized and meticulous, noted Ciardullo aptly fitting the managerial character of Summer Hathaway.

During the audition prep process, Ciardullo wanted to immerse Bizzoco in the stage experience, setting up professional lighting in her studio.

“We set up professional lighting. We went through, you know, all of her singing cards and any lines that she would have in the show,” said Ciardullo. “We worked on how she should act out each scene and certain phrases on the songs, where to place vocal emphasis, and what kind of movements and gestures go into it.”

“All my coaches are different, but I’ve known Lauryn the longest and she’s also the one I work with the most,” said Bizzoco. “It’s definitely fun to go to her house to record (my audition tape).”

Teaching kids “surpasses any award or any Tony performance I’ve ever done,” said Ciardullo. “I never thought I’d say that, but seeing a kid light up and feel confident about what they’re doing is like my heart wants to cry with happiness. I think this is what I was meant to do.”

Have an opinion on Lauryn Ciardullo's story? Send us an email at jlasso@liherald.com.