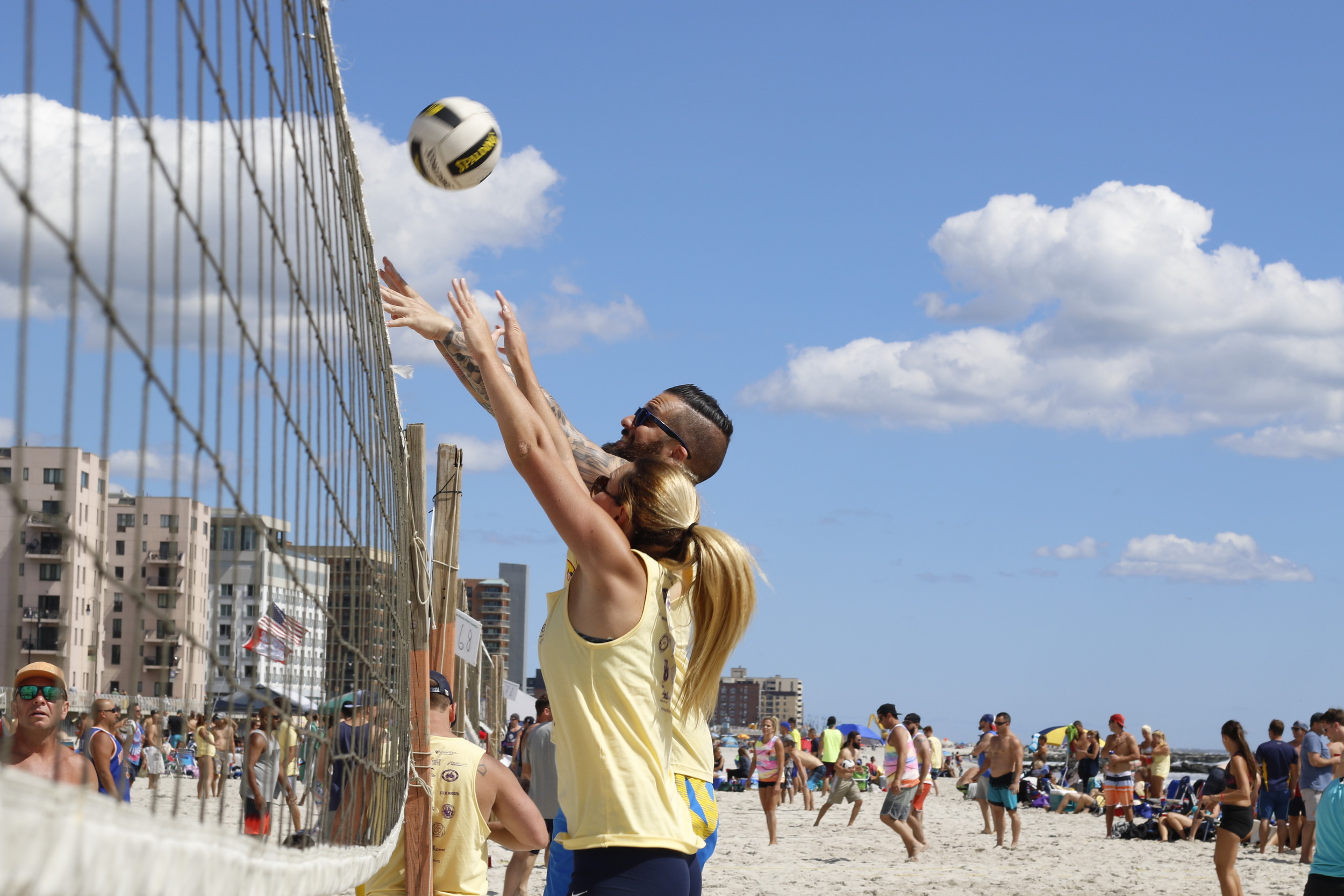 Joe Deruvo and Kiersten Kissinger tipped the ball back over the net at the 21st annual Michelle O’Neill volleyball tournament on Sept. 9.
Christina Daly/Herald 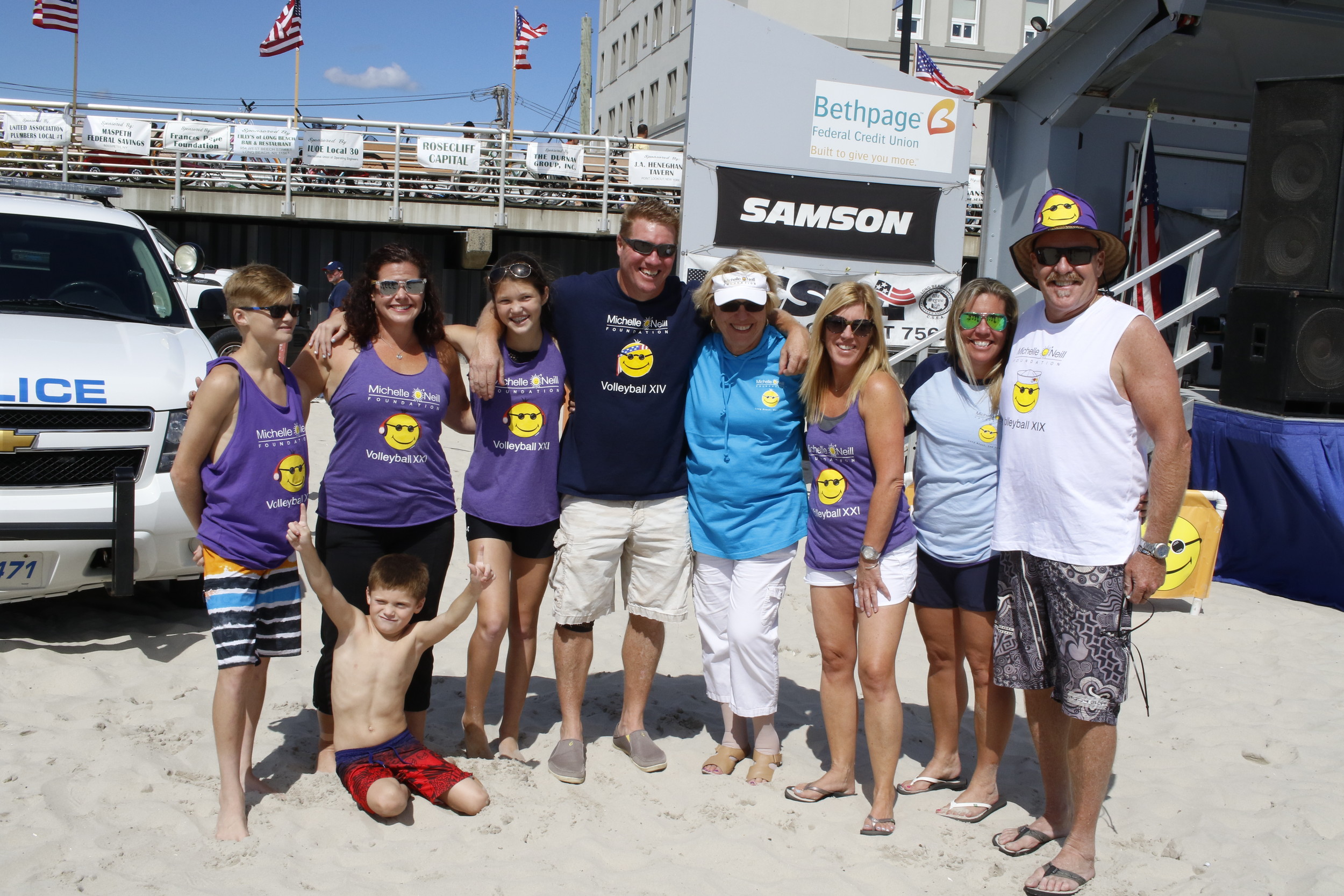 Hundreds of people packed Laurelton Boulevard beach on Sept. 9 for the 21st annual Michelle O’Neill Volleyball Tournament — one of the largest events in Long Beach.

The tournament, which draws both competitive and recreational players, is organized each year by Carol O’Neill, mother of Michelle and president of the Michelle O’Neill Foundation. The event honors Michelle, who died of cancer in 1996 at age 24.

“In spite of her illness, she always seemed to maintain such an upbeat, positive attitude and it was quite contagious,” she added.

The proceeds will be donated to organizations that benefit children with cancer, such as the Make-A-Wish Foundation, the Ronald McDonald House, St. Jude’s Research Hospital, the American Cancer Society and the Frances Pope Foundation, among others, although most of the funds are given to families with children who are undergoing cancer treatment to relieve some of the financial burden.

It’s too early to tell how much money was raised, Carol said, but added that “it’s safe to say that it was the biggest turnout and the highest number of donations to date.”

Music was provided by DJ E.J. Weston, who was joined by Jahstix who performed reggae tunes. Swingbelly’s BBQ provided pulled pork sandwiches to all in attendance, and John Barnes, the master of ceremonies, led the opening ceremony and introduced Rev. Father Frank Shannon of St. Mary’s Star of the Sea in Far Rockaway who blessed everyone. Molly O’Neill, Carol’s 13-year-old niece, sung “God Bless America” and children who were helped by the foundation joined her and others on stage.

The event also featured a hot dog wagon donated by Anthony DiBartoli that was manned by Gerry Snell, Jane Blackburn and other volunteers who Carol called “volley-teers.”

“We are so grateful for the help offered by the City of Long Beach,” Carol said, “Especially the Recreation, Police, Public Works and Sanitation Departments, and for the community of Long Beach. I don’t know if our fundraiser could be as successful as it is anywhere else. We are truly blessed.”