Experts voice concern as use increases in L.B. 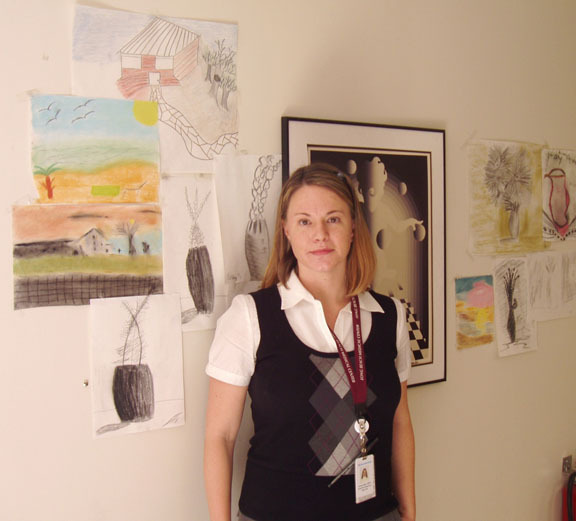 While no one may be dealing heroin in Long Beach, some local people are overdosing on the drug.

“Our intelligence tells us that to get heroin, you have to go outside Long Beach,” said Inspector Bruce Meyer, a Police Department spokesman. That conclusion is based in part on police interviews with the handful of people who were arrested last year for heroin possession, and said they scored the drug elsewhere. That was also the LBPD’s finding when it investigated two recent heroin-related deaths in the city.

On Dec. 11, police found a 23-year-old woman dead in her home, and on Jan. 12, they found a 19-year-old woman in the same circumstances. Both appeared to have injected themselves, and investigators determined that they had purchased the heroin in either Queens or, more likely, Brooklyn, Meyer said.

The deaths are signs of an upswing in heroin use, not just in Long Beach but county- and nationwide, and local authorities are stepping up prevention efforts to try to quell the potential epidemic. In recent years, use of the drug, particularly among young people ages 16 to 19, has been on the rise.

With some 400 people arrested for possession or distribution around Nassau County in 2009, the theory that the drug is confined to urban areas and a narrow demographic has been discarded. Heroin was once sold openly on street corners in crime-ridden neighborhoods, but now it is crossing all ethnic, economic and racial lines, and is bought and sold in restrooms at fast-food restaurants, gas stations and schools.

“These were your average people who go and buy their drugs in New York City and then they come back and, in the privacy of their homes, they’re injecting themselves with heroin,” Meyer said of the two Long Beach victims.

People involved in treating heroin addicts say the gateway to the drug is right in their family bathroom. Patricia Hincken, director of alcohol and substance abuse at the Long Beach Medical Center, said that the volume of prescription painkillers being prescribed to people statewide has increased more than 150 percent over the past decade.

“There are so many of them now, and doctors have a tendency to write very big scrips in order to save people potential co-pays they might have,” Hincken explained. “Where they might have given someone eight pills in the past, they’re now giving them 100. And they have them lying around medicine cabinets and kids are aware of it.”

Hincken described how young people take their parents’ OxyContin or other prescription opiates along with tranquilizers, such as Xanax or valium, bring them to “pharm” parties and put all the pills in a bowl where users take handfuls of them as if they were M&Ms. But these drugs have become prohibitively expensive on the street, with some single pills going for as much as $40, and teenagers are looking for a cheaper high and find it in heroin, which can sell for as little as $5 for a small packet.

“The dealers move in and it’s so highly addictive that the users start spinning out of control, especially the younger kids who aren’t long-term, experienced users of heroin, so they’re more likely to make a mistake in how much they take and they overdose,” Hincken said.

But Hincken is quick to note that alcohol and marijuana are still the main drugs of choice among Long Beach’s youth and adults.

Dr. Joseph Smith, director of Long Beach Reach, a state- and county-funded community agency, said that while heroin use has increased in Long Beach, it does not approach the level of an epidemic in town. “It’s here, it’s not that we’re immune from it, but it’s not been a dramatic or significant increase,” said Smith, who described Long Beach Reach’s outpatient chemical dependency treatment program its largest program.

The medical center, which has an in-patient detox facility and outpatient substance-abuse services, was working with the Police Department to assemble a packet of information on heroin that they planned to make available to the community this week. Similar efforts will continue right up to the annual coalition-sponsored National Town Hall Meeting on Underage Drinking, on March 16 at 7 p.m. at the Long Beach Library, which will highlight prescription drug and heroin abuse as well as underage drinking. The event will feature Dr. Stephen Dewey, a leading researcher on the effects of alcohol and drugs on the adolescent brain.

“What we want to make sure is none of the main message gets lost, because it’s all connected,” Judy Vining, coordinator of the Long Beach Coalition to Prevent Underage Drinking at the medical center said. “It’s very easy to wrap your brain around how horrible heroin is, and I’m not minimizing that in the least. But alcohol is still the number one killer of kids, and it’s all connected in some ways.”

Hincken also chairs a subcommittee on the treatment of heroin addiction for a heroin treatment task force run by the Nassau County district attorney’s office. The LBPD’s Narcotics Task Force and School Resource Unit will work with the schools and medical center to keep heroin use from spiraling out of control, Meyer said. The police also look to partner with the Drug Enforcement Administration to educate youth about the dangers of the drug.

And as always, Meyer said, detectives are running down every lead related to heroin possession and dealing. “We have confidential informants working out there,” he said. “The information that we’re getting is that it’s not of epidemic proportions.”