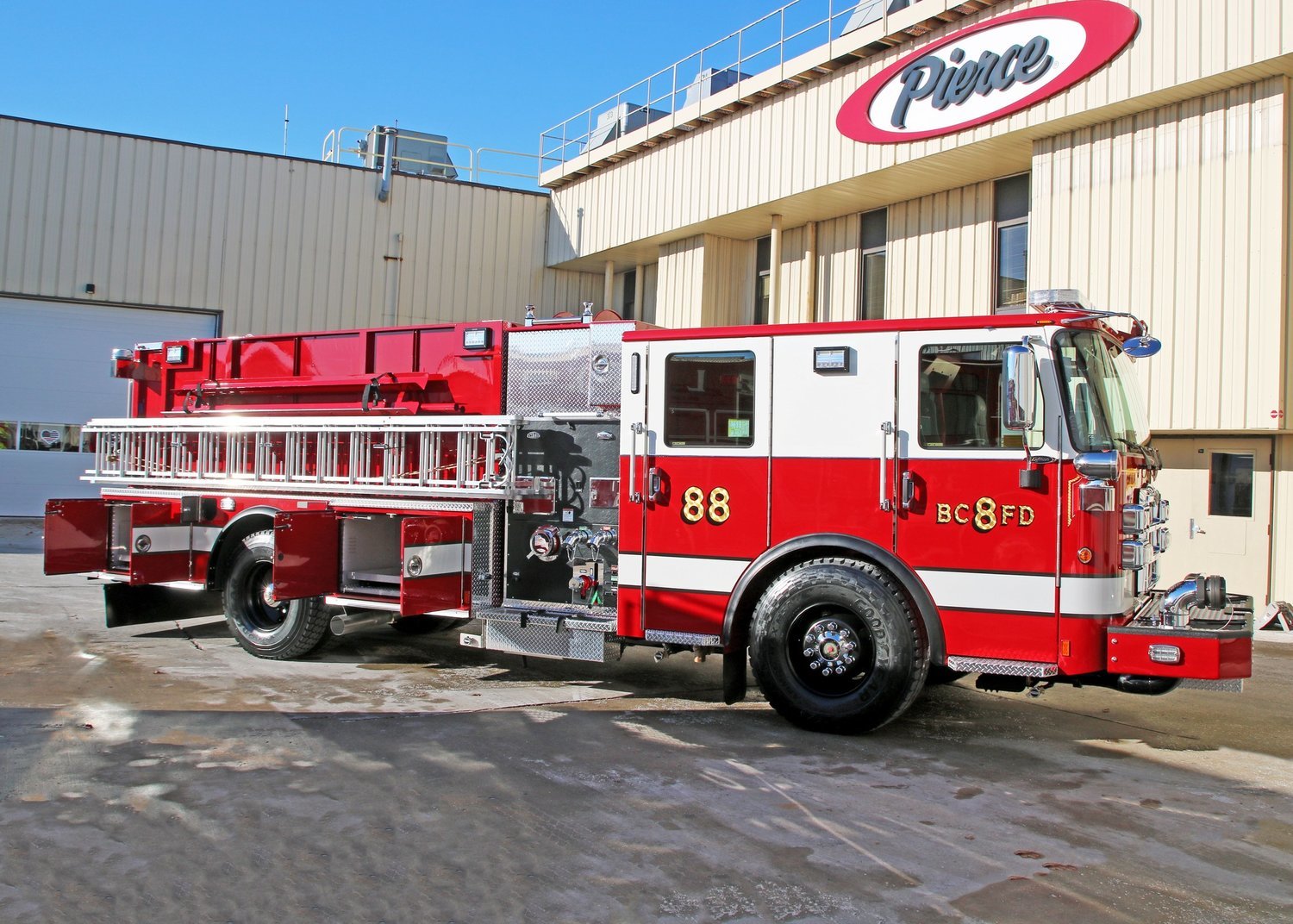 A model of the fire truck Long Beach wants to purchase for about $2 million.
Courtesy Pierce
By James Bernstein

The Long Beach City Council is expected Tuesday to vote on a proposal to spend about $2 million for a new fire truck to replace an aging vehicle that was badly damaged during Super Storm Sandy. But a new truck might not be available for two years.

At a work session this past Tuesday night, council members expressed interest in purchasing a new fire truck as Long Beach expects to add new, taller condo and apartment buildings in the next few years, requiring new emergency vehicles.

At the work session, Raymond Muller, of Firematic Supply Co., which sells, designs, manufactures and services firefighting equipment, and maintains sales operations for Pierce, one of the nation’s largest fire truck builders, briefed council members on the cost of such trucks and what might make the best buy for Long Beach, considering is many narrow streets on the West End.

Council members had talked of purchasing a fire truck from Pierce. Muller said a new truck could cost as much as $2.1 million. He said Long Beach could trade-in its current truck to reduce the cost. Delivery might not take place for two years.

City Manager Donna Gayden said she understood that a $1 million grant from FEMA might be available for the purchase of a new truck. She also said she will be talking to mechanics who may be able to make repairs on the city’s current truck until a new one becomes available. Gayden had said the current truck shook and rattled when she was given a ride recently.

“You vote for this truck (at Tuesday’s council meeting) it won’t be here for two yeas,” Gayden said, stressing the importance of a short-term solution.

While council members appeared interested in purchasing a Pierce truck, council member Roy Lester said he wanted to take a broader look at a variety of vehicles.

Gayden said Long Beach officials had already traveled to other municipalities to look at trucks.

Miller had said he had driven a Pierce model truck through Long Beach streets and that the company offered the best turnaround time.

The council Tuesday will hold a second public hearing on the city’s proposed budget $95.5 million budget for the new fiscal year. The budget carries a 4.96 percent residential tax rate, which would mean an average increase of $219 a year for most homeowners.