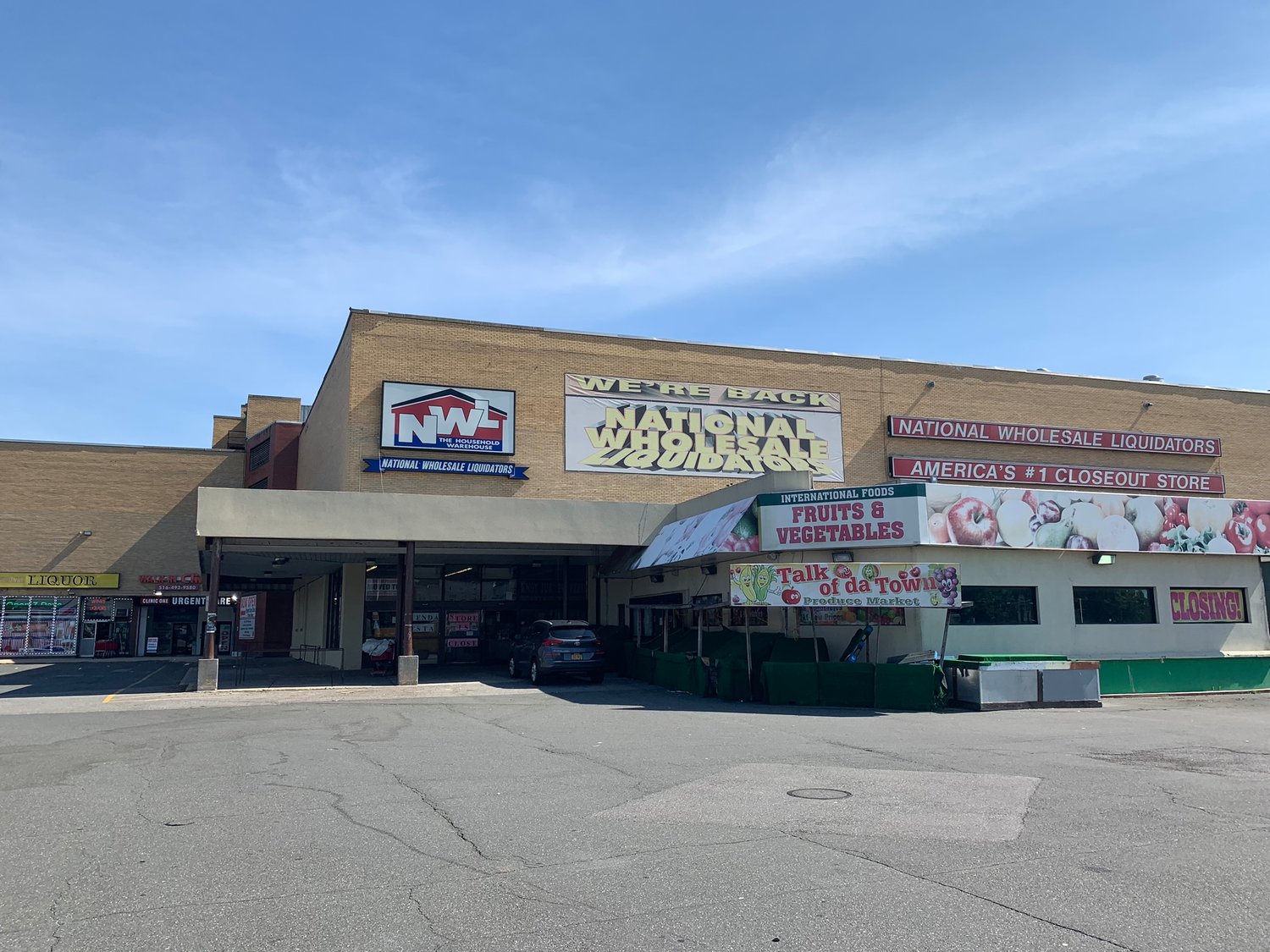 Many West Hempstead residents would agree that restoration of the community’s downtown area is long overdue. One of the locations where residents would like to see residential development is the site of National Wholesale Liquidators on Hempstead Turnpike, which closed last year.

The WHCSA has held several public meetings with the developer Heatherwood Luxury Rentals during the summer months, in which Heatherwood proposed the construction of three four-story apartment buildings on Hempstead Turnpike, with 420 apartments. Heatherwood executives estimated that the project would take about three years to complete.

“The intersection of Hempstead Turnpike and Westminster Road is an iconic intersection, because it’s the gateway into West Hempstead,” Chris Capece, the developer’s president, said during a public meeting in St. Thomas the Apostle School’s parking lot on Sept. 15. “The conditions for that site are getting worse.”

National Wholesale Liquidators laid off 140 workers in 2018, after it underwent a liquidation process itself. Capece added that the “Amazon effect” — the impact that e-commerce has had on retail stores, was already affecting local businesses.

Rents for the proposed apartments, Capece said, would range from $1,400 to $3,000 per month, depending on the number of bedrooms. “I think it’s one of the more unique parcels in Long Island,” he said. “From a design perspective, we’re really excited to do something here really special.”

Longtime West Hempstead resident Rosalie Norton said that the creation of new apartments would be the best thing that could happen for the community. Norton added that while some people might fear that the community would lose its “residential character,” she believed the development would attract more people to West Hempstead.

“First, it’s being built in a commercial area,” Norton said, “and second, if we look like Garden City or Rockville Centre, that’s fine. Most of your successful communities on Long Island have a component of a lot of apartments built in the right location. A new development is going to really beautify the town, and be inviting to people driving through.”

Dough Partrick, the owner of Heatherwood Luxury Rentals, said he saw a lot of potential in boosting interest in West Hempstead with the proposed apartments. “There’s a lot of amenities that come along with a project like this, and with amenities comes a lifestyle,” Partrick said. “We’re going to be a partner in the community, and we want you all to be proud of what we produce.”

“They’ve been very forthcoming, and have shown a willingness to be in the community,” Greenberg said. “I think this project could help to bolster Hempstead Turnpike significantly.”

Heatherwood plans to meet with other groups in the community, such as the West Hempstead Chamber of Commerce, to share its plans.