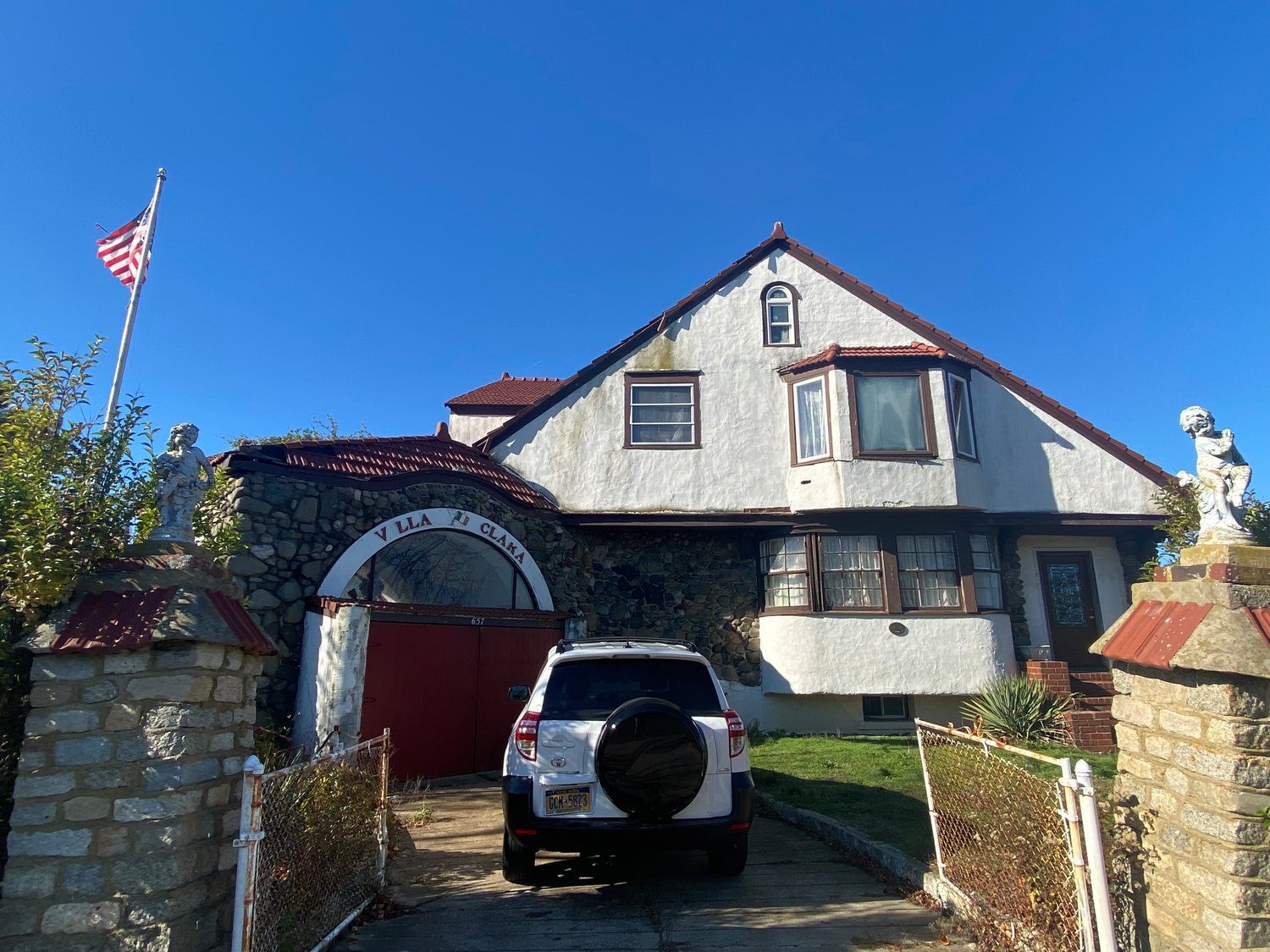 One of Long Beach’s oldest homes - built for the city’s founder, William H. Reynolds - may soon be taken down and converted into two other, privately-owned homes.

The Villa Clara, which is also known as Cobble Villa, at 657 Laurelton Blvd on the corner of West Bay Drive, was built in 1912 and is a historically landmarked house. The house has been long owned by the Steele family, since Clara and Dan Steele purchased it, and is now filled with architectural, historic and artistic treasure.

On September 22, a case was brought to the Zoning Board of Appeals for a variance to knock down the house and replace it with two houses. The Steele’s two sons, Charles and Robert, currently live in the house. The Steele’s granddaughter, Kristina Ryan, is currently fighting the variance with the hope to keep the estate as is.

The Zoning Board did not return several calls seeking comment.

Francis McQuade, a Long Beach lawyer, said he understood there is a reverse mortgage on the house, which is a financial agreement in which a homeowner relinquishes equity in their home in exchange for regular payments, typically to supplement retirement income. He said he “knew they were in a rough spot” and he and a handful of other concerned residents went to the zoning board meeting.

“We spoke up and said, ‘vote down the variance,’” McQuade said. “We want to keep the Villa Clara going and not have two separate houses.”

Ryan, was granted the right to support the property for the benefit of Charles and Robert, according to Smith. He said if she did so, then she would be entitled to receive title to the property after both pass away or move out. Ryan says she has the means to pay off the reverse mortgage so the zoning board is waiting to see if that is possible.

While the outcome of the situation is unclear, Ryan and numerous residents hope to see the house remain the Villa Clara.

“This would be a terrible loss for the history of Long Beach,” said Karen Adamo, the president of the historical society. “Senator Reynolds built the Villa Clara as a model for a planned Long Beach community. It is a true, nationally landmarked Long Beach treasure.”