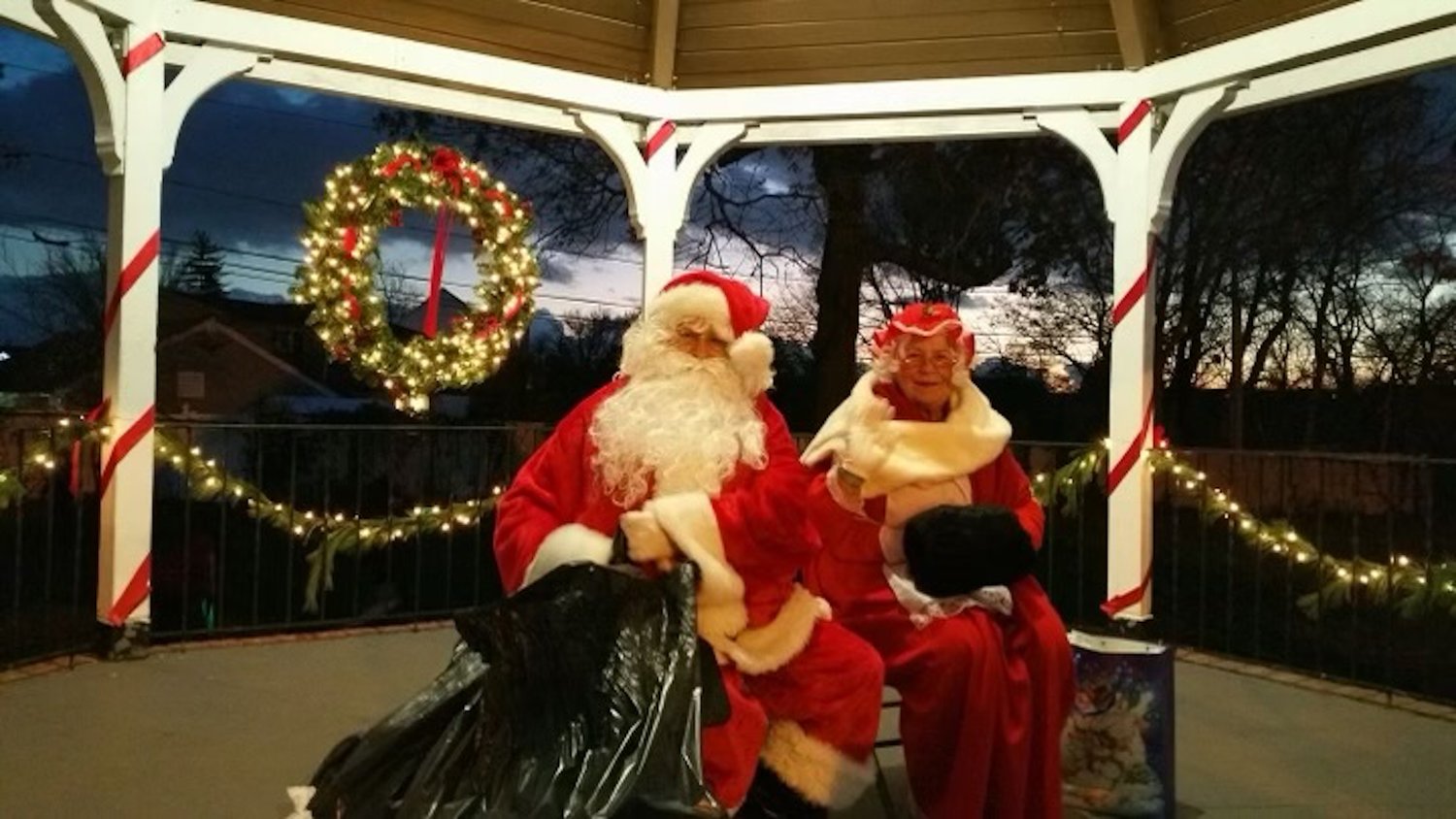 Santa and Mrs. Claus at the 2019 Winter Festival. The couple will return to this year’s event in Franklin Square.
Courtesy Frank Culmone, president of the Franklin Square Civic Association 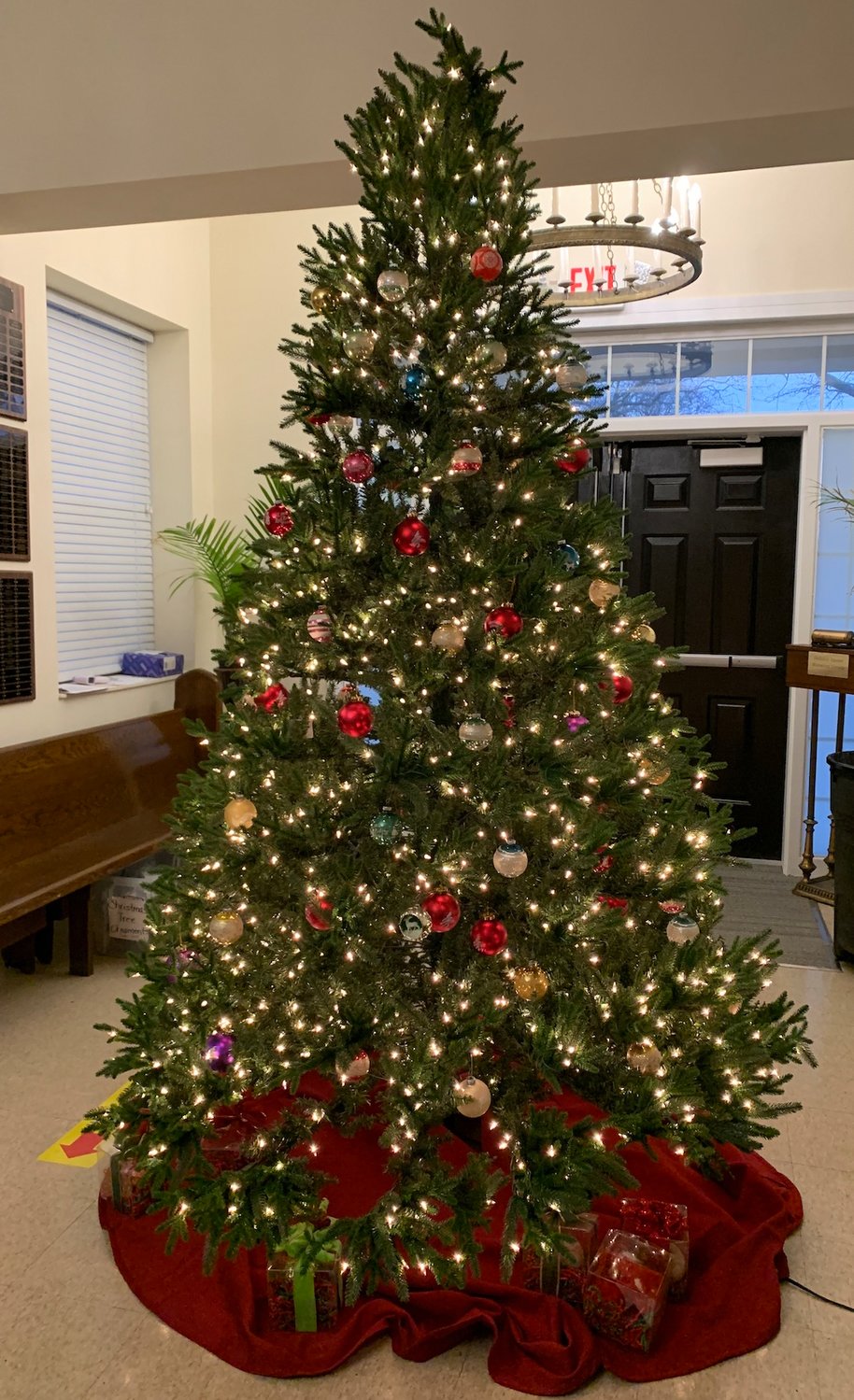 This holiday season, the Franklin Square community is preparing for the triumphant return of its annual Winter Festival and tree lighting on Dec. 3 at Rath Park’s gazebo.

Frank Culmone, president of the Franklin Square Civic Association, said not only will the Franklin Square Historical Society’s 35-year-old tree lighting tradition return after a two-year Covid hiatus, but Santa and Mrs. Claus are making a comeback as well.

The Franklin Square and Munson Fire Department is planning to transport the Christmas couple to Rath Park for the festivities.

“This is our first year back in a while,” Culmone said. “When Covid hit, we cancelled and we weren’t sure whether the parents would be comfortable having kids sit on Santa’s lap, so that’s why we didn’t have it last year.”

Also on the special guest list is Frosty the Snowman and a couple of elves that will be in charge of face painting — a new addition to the Winter Festival this year.

The free event will also feature music, hot chocolate and balloons, and the civic association also plans to hand out complimentary gifts to the children, something the group has done since the Winter Festival’s beginnings, Culmone said.

“It’s just a wonderful event for the community,” he added.

From 5:30 to 7:30 p.m., the public can stop by the museum, at 861 Naple Ave., and browse the old-fashioned holiday decorations. The main attraction is a 9-foot-tall Christmas tree adorned in German hand-blown ornaments, Youngfert said.

“The community was really started by German immigrants,” she said. “Several years ago, we decided that as part of our contribution to the holiday season, we wanted to show people what a Christmas tree would look like in these German homes.”

Youngfert said the community has been “unbelievably supportive” of the new museum — which celebrated its one-year-anniversary in May. Each ornament on the Christmas tree is tagged with the name of a community sponsor.

Another way the Franklin Square Museum is showcasing German holiday customs is through the tale of “Father Christmas.” Youngfert said it was common for children to put their shoes by the fireplace at night, and the next morning they would find something Father Christmas left in their shoe.

To replicate this, a friend of the historical society donated an artificial fireplace, and the historical society set up shoes and a rocking chair beside it. Trains will circle around the Christmas tree and various kinds of 1800s ceramic pottery that were traditionally used to store food or ferment cabbage for sauerkraut will also be on display, Youngfert said.

Franklin Square’s Italian heritage will also be recognized at the open house with a traditional nativity scene called the “crèche,” which is a representation of Jesus Christ’s birth in the manger.

“It’s very much what would have been here, because the second wave of people that showed up in Franklin Square were Italian,” Youngfert said.

While perusing the décor, visitors can also help themselves to some free hot dogs, cider, a German bread called “stollen,” or try their luck with a 50/50 raffle and shop around the historic afghans, pillows and books for a unique Christmas gift.

“It’s just getting back to what normal life should be in a community and we have such nice neighbors,” he said. “It’s nice to see them all come together for an event like this.”