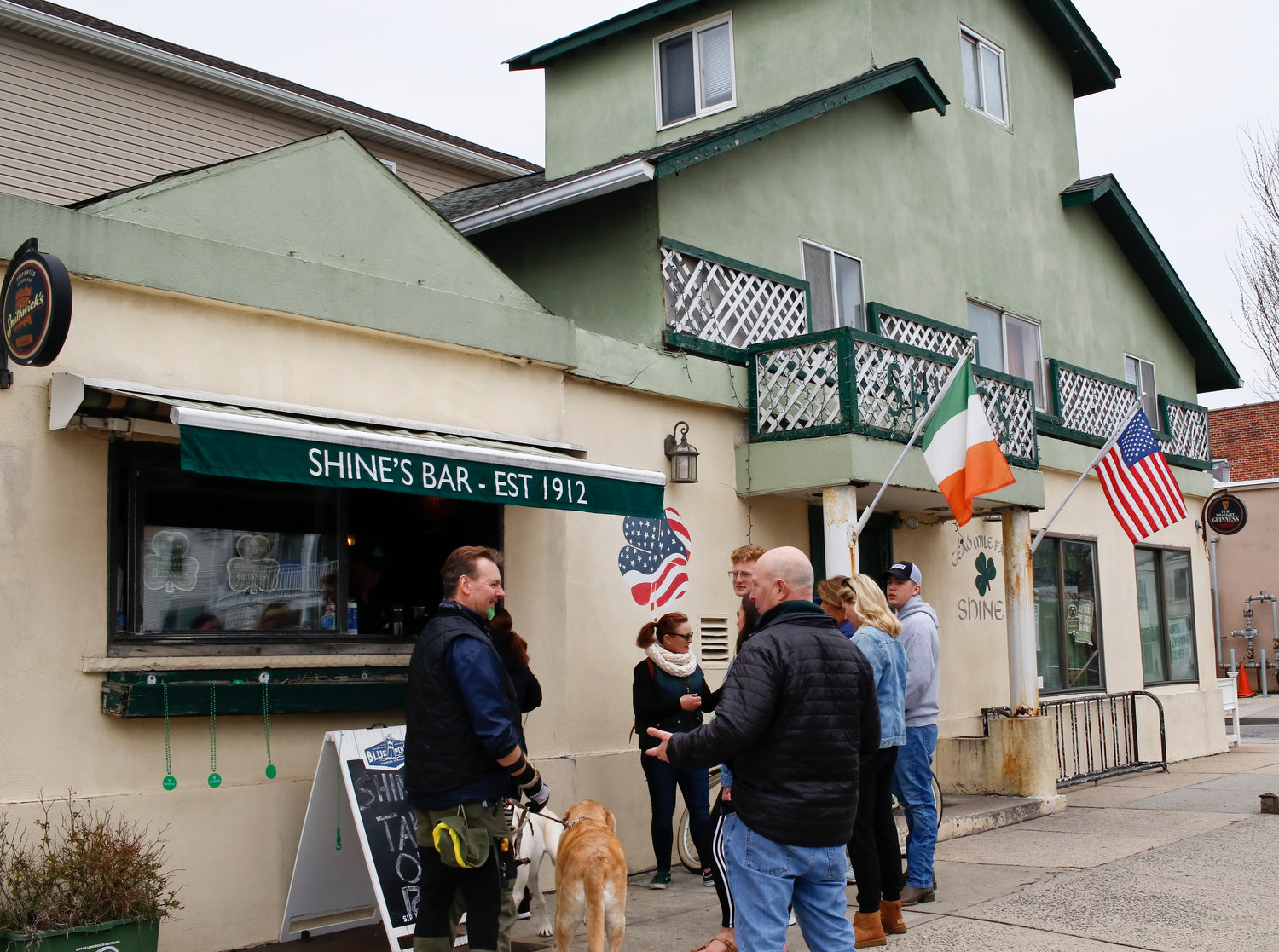 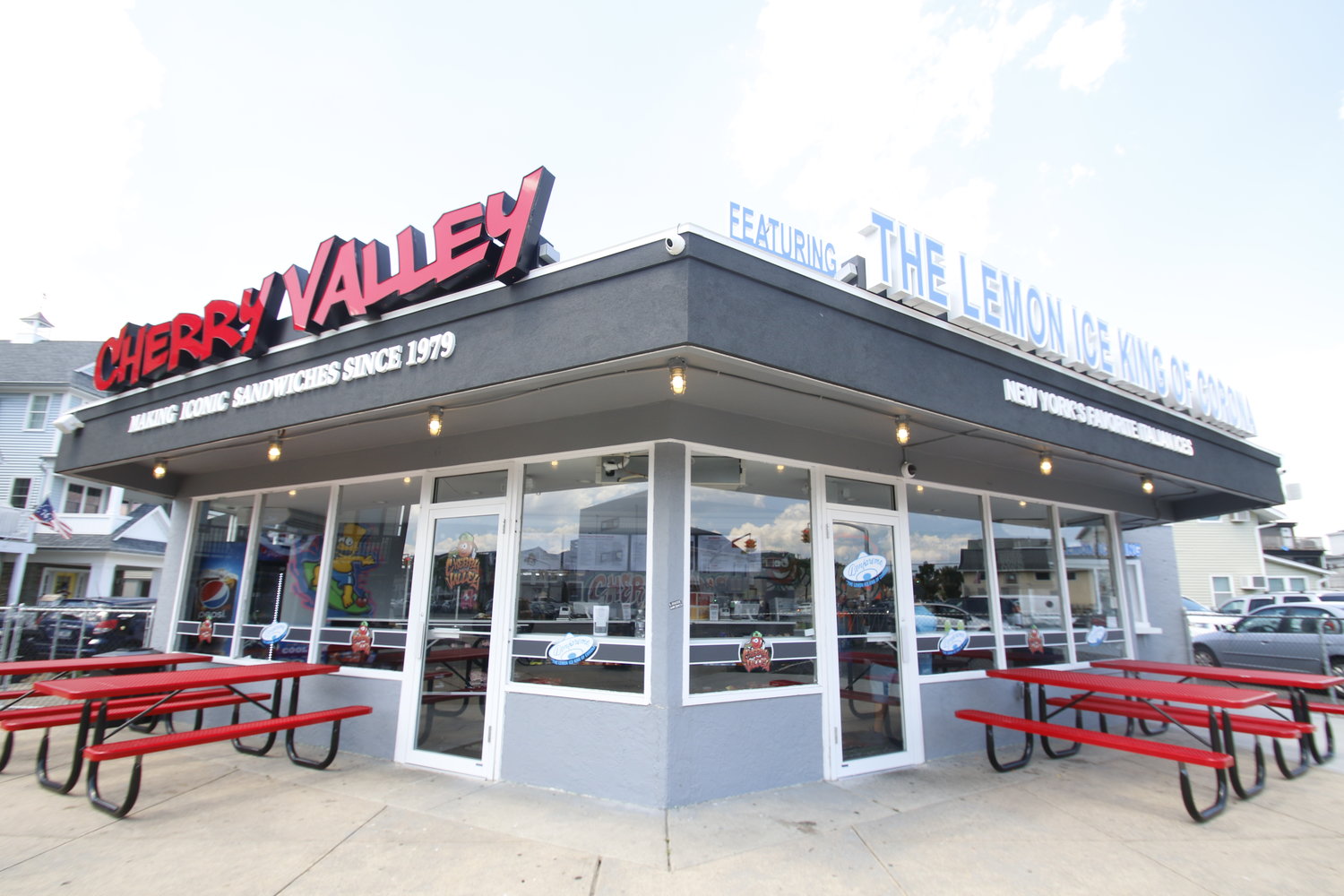 St. Patrick’s Day dawned on the barrier island under slate-gray skies and a persistent drizzle, a vivid reminder from nature that there wasn’t much to celebrate on another day of the coronavirus pandemic.
No matter. Brent Wilson, owner of Shine’s Bar, on West Beech Street, one of the oldest taverns in Long Beach, stepped briskly into the low-slung, 108-year-old establishment, determined to make the best he could of it all.
There would be no customers inside Shine’s, given new emergency New York state regulations governing bars and restaurants. They are permitted only to offer takeout and delivery service. There would be no happy laughter, music or dancing, as there had been on so many St. Patrick’s Days past.
Is this the way Wilson wanted to spend the holiday? He laughed and shook his head. “Normally I’d be cooking over 100 pounds of corned beef,” he said, adding that patrons in past celebrations would be jammed into tables and against walls.
“This year, the luck of the Irish isn’t with us,” Wilson said.


The front window of Shine’s was open by noon, and a server handed out corned beef sandwiches and beer. Before that, a handful of longtime customers asked if they could come in, but they had to be turned away.
The scenario was much the same elsewhere in Long Beach, a community accustomed to a joyful March 17. At the Saloon, a few blocks west of Shine’s in the West End, the doors were closed. A cardboard signed, soggy from the rain, hung on the entrance: “Happy St. Patrick’s Day.”
Last Saturday, the city declared a State of Emergency in order to be reimbursed by the state and federal governments for the costs of dealing with the virus. Many stores posted signs that they were closed.
Leah Tozer, a real estate agent and the vice president of the Chamber of Commerce, said the chamber was in talks with city officials focused on what could be done to help small businesses survive the strict regulations.
Ryan McTiernan, the city’s director of community development, noted that Congress had passed, and President Trump had signed, an $8.3 billion emergency bill to fight the spread of coronavirus. McTiernan said city officials were in contact with Gov. Andrew Cuomo, U.S. Rep. Kathleen Rice and Sen. Charles Schumer.
“We’re going to monitor the situation and see what’s appropriate” to help small business in the city, McTiernan said.
The Long Beach City Council’s regular Tuesday-night meeting was held without anyone in the sixth-floor auditorium. The council discussed a proposal for Community Development funding.
So far, the bar and restaurant business is the hardest-hit part of Long Beach’s economy, according to city and Chamber of Commerce officials. Some restaurants tried to push forward. The Lido Kosher Deli, on East Park Avenue, offered takeout, and business at its counter was brisk, manager Wally Goetz said. But only half of the restaurant’s 20 seats could be used under new regulations, he said.
The Lost At Sea, on West Beech Street, was closed voluntarily, owner Alex Trolf said. “This is not business as usual,” he said. “We want to take a proactive stance.” Trolf said he hoped to use the time off to thoroughly clean and sanitize, so that when patrons returned, they would be sure the bar and restaurant was virus-free.
Carol O’Neill, executive director of the Empowerment, Assist and Care, or EAC, Network, a nonprofit funded by Nassau County to serve the needy, said its Meals On Wheels program would continue as long as suppliers are able to deliver food. O’Neill said that about 300 people, many of them unable to walk, use the delivery service.
The Nassau County Bridge Authority, which operates the Atlantic Beach Bridge, said that tolls would be suspended. “There will be no cost for passengers over the bridge and no personal transactions will take place,” said a Bridge Authority spokesman who declined to give his name. He added that workers would sanitize the tollbooths and building. The suspension would be re-evaluated on Friday, he said.
Help was coming from a variety of sources. On Wednesday morning, Island Harvest Food Bank set up tables at the Martin Luther King Center and handed out 1,500 individual meal packets to 40 low-income seniors. Each packet contained about a month’s supply of food, including breakfast items, frozen lunches and dinners. The aid was made possible by the city, State Sen. Todd Kaminsky and Rice, in addition to Island Harvest.
And at the Cherry Valley Deli on the West End on Tuesday, about 50 children who would normally have been in school were treated to free peanut butter-and-jelly sandwiches. “The community always supports us, and we need to give back,” said Brandyn Williams, who co-owns the deli with Max Feinberg. “This is a good thing to do.” The deli will offer free sandwiches Monday through Friday until schools reopen.