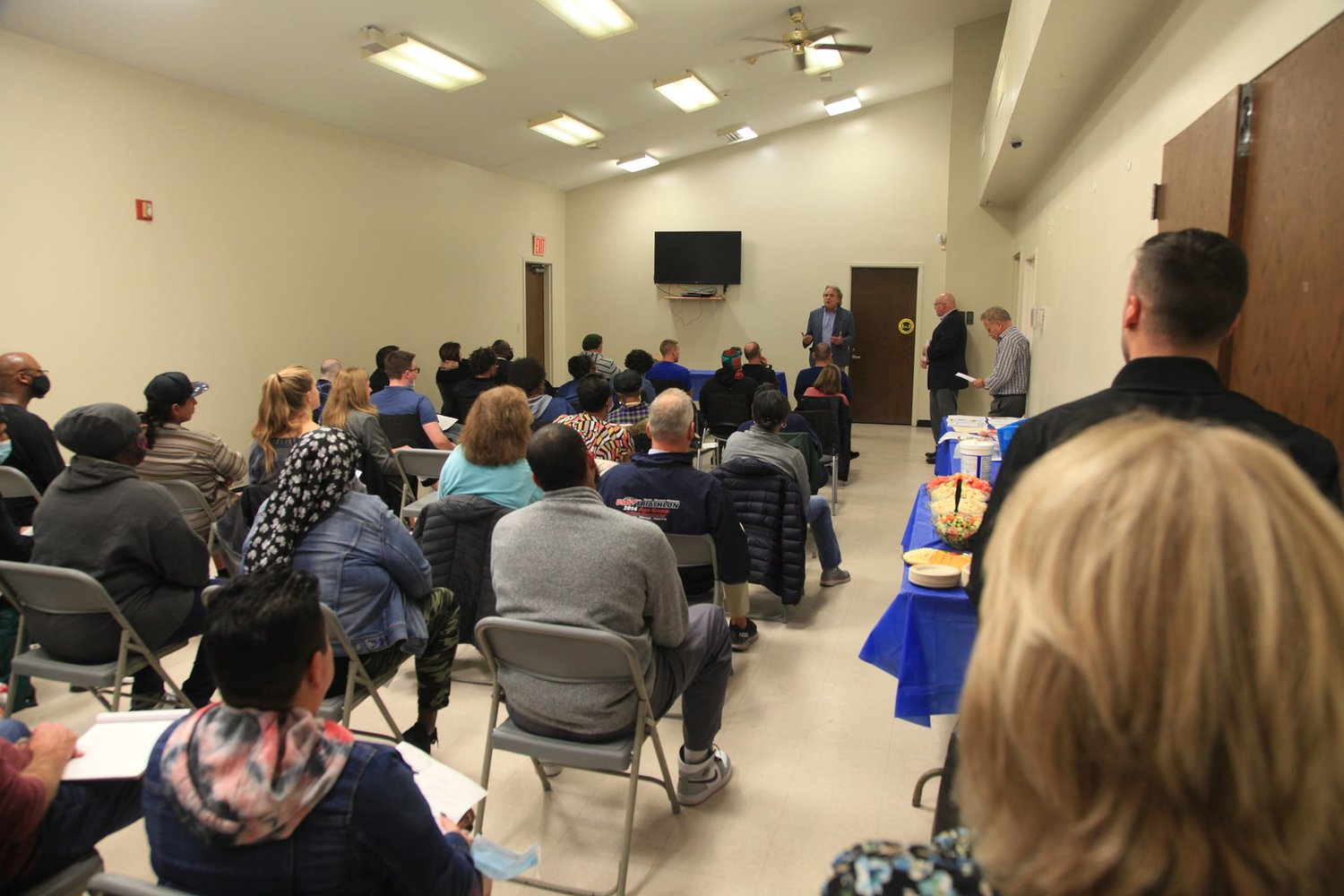 Over 40 people attended the session, including citizens, police officers and speakers.

The presentation focused on informing parents how to help keep their children and their family drug and alcohol-free, letting people know about local intervention services and Narcan training. Everyone who attended and signed up for the training received a free Narcan kit after the presentation.

Kate Tormey, a licensed nurse, spoke about Narcan, how and when to use it and urged people to have it at their disposal and in their homes.

“We want everyone to have this in their arsenal,” Tormey said. “It’s really about saving lives.”

The presentation included five speakers with topics including how to limit access to drugs and alcohol, how to help those who need it and real-life experiences with addiction. Judi Vining, the executive director of Long Beach Aware, spoke first about limiting access, saying “prevention starts way before the use of Narcan.”

Vining urged attendees to “move alcohol away from being next to the milk in the refrigerator,” making it harder for kids to reach it. Diana Tanzoch, clinical director at Long Beach Reach, transitioned the talk to how to help those who are already using.

Tanzoch said the current states of covid, opioid use and mental health has created a “triple pandemic,” making it harder for those struggling to get help. She said the best way to help someone is to also get involved in the treatment.

“The best way to help your loved one come to treatment is for you to come and learn how to help them,” said Tanzoch. “Addiction is a family issue.”

Mike Mechow, a Long Beach resident who struggled with addiction, spoke about his experiences and how he was able to quit. He has now been sober since 2009.

“I never wanted to get sober, and my addiction got worse,” Mechow said. I found out through [Alcoholics Anonymous] that I can live without alcohol. Now I have a life that I wouldn’t trade in for anything.”

Rounding out the five speakers was Edward Rooney, a substance abuse counselor for the Long Island Council on Alcoholism and Drug Dependence. He spoke about wanting to be a factor of change in people’s lives and limiting the number of overdose deaths.

Rooney also said how over 100,000 people died from opioid overdoes nationally this past year. In Long Beach, there have been six drug overdoses, with four more fatalities awaiting toxicology, from Jan. 1 to Oct. 26 this year. Last year across nearly the same time frame, there were five drug overdoses, according to Police Commissioner Ron Walsh.

This year, the police department and fire department have administered Narcan 26 times, as well. There were 23 uses of Narcan last year.

Police Sgt. Brett Curtis said the turnout was better than expected and was happy with the session.

“It was great,” Curtis said. “It was larger than expected. Every seat was filled.”

Curtis said there will be at least two more presentations across the city soon, most likely in the winter and spring. Dates and times for the future presentations have not been decided.