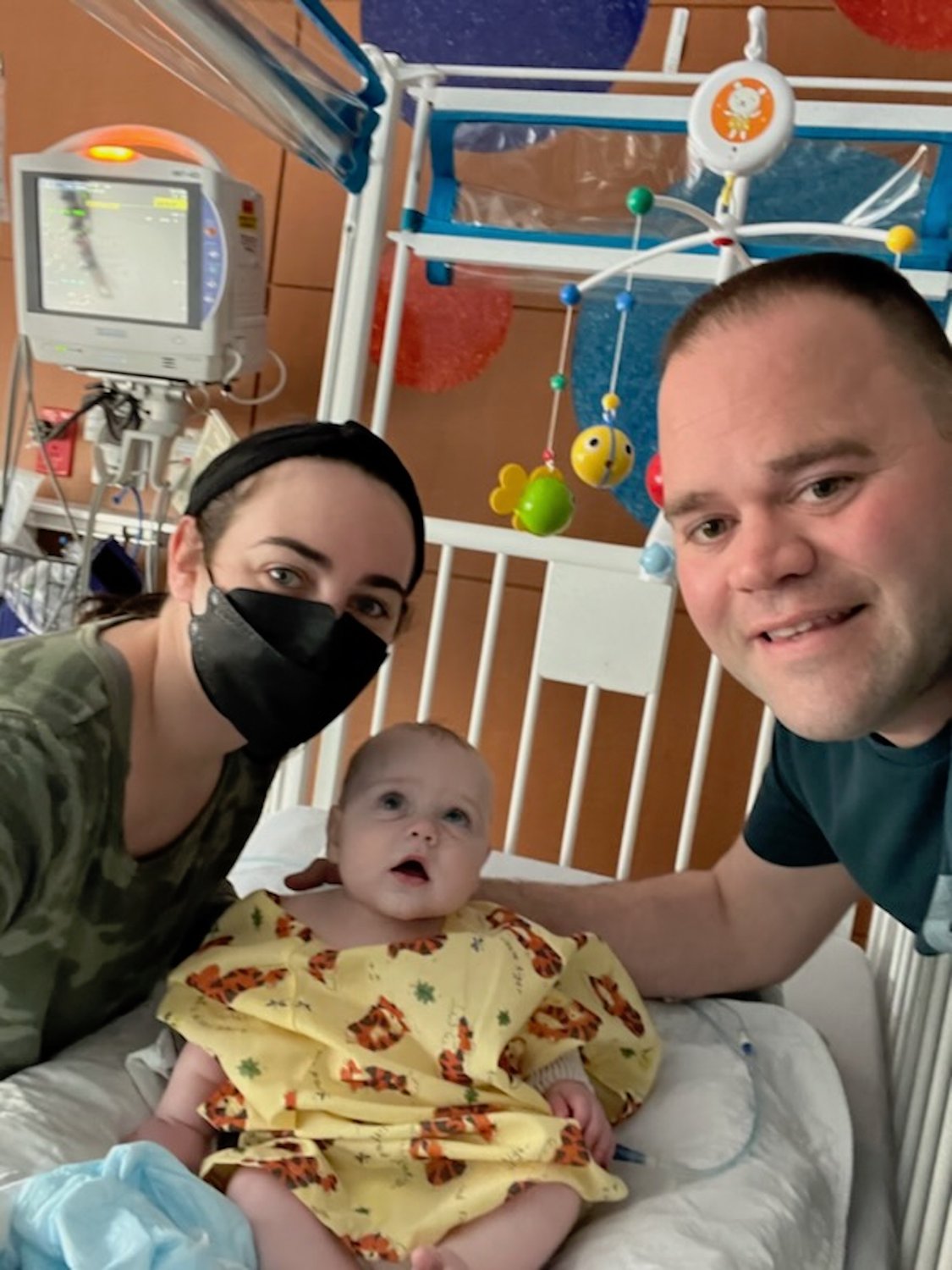 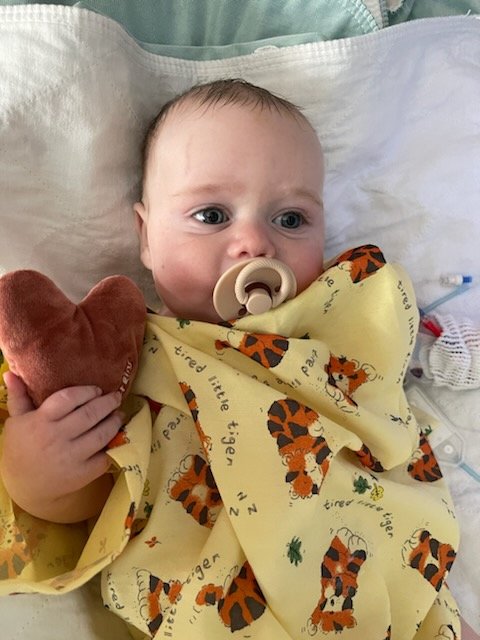 The support from the community has helped the Graham family power through their son’s battle.
Courtesy Mike Graham
Previous Next
By Kepherd Daniel

Mike Graham, fire commissioner and long-time Oceanside resident, thought he was taking his 4-month-old son Cooper for a routine eye exam, but it turned out to be a much more serious issue, which has since brought the entire Oceanside community together.

The family took Cooper to a pediatrician in Oceanside and then to Cohen Children’s Medical Center for a more thorough examination.

“We thought we were coming in with an eye issue and … it was totally life-shattering when we were told what it was,” Graham said.

Two weeks ago, Cooper was diagnosed with neuroblastoma, a cancer often found in the small glands on top of the kidneys and mostly affecting children ages 5 or younger.

Cooper has been receiving treatment at Cohen, and not long after his diagnosis, the Oceanside community rallied to support the family.

Family members coined the term “CoopStrong,” and continue to ask for prayers and support from the community. Residents amd a variety of organizations have reached out to help the Graham family.

Oceanside resident Mara Prendergast, who has been friends with Cooper’s mother, Rachel, and the family for 15 years, started a GoFundMe page to assist the family financially as Cooper goes through treatment. Thus far, community members have raised more than $39,000 to help the family pay for medical expenses.“The Graham family has always done and contributed so much to those in their community,” said Prendergast. “I figured this was a great way to support them during such a challenging time.”

Various businesses and members of the community have created “CoopStrong” keychains and bracelets, and t-shirts have been made and sold to help the family.

“The fire department, they’ve been phenomenally supportive,” said Graham. “We’ve had great support from the chamber of commerce, the Oceanside Kiwanis Club, local businesses and all different areas in town, with people coming out from everywhere.”

“That’s why we chose to live here. The support is always there for families. There’s so much community and local support, and the efforts made are just incredible.”

The support has helped family members as they spend long hours at the hospital as Cooper undergoes treatment. The family knows that Cooper’s journey to recovery will be long, but the Grahams are receiving a boost from the community’s support.

“The team at Cohen Children’s Hospital is incredible,” Graham said. “We have the best team behind him [Cooper], who specializes in this cancer. They’ve been with us the minute we walked through the door here.

“When he does eventually come home, we’ll still be coming back and forth to Cohen’s for chemo treatments. So we do have a long journey ahead.”

The support shown by the Oceanside community by rallying behind the family through the “CoopStrong” slogan has had a tremendous impact on the family, and Graham is grateful for it.

“I just want to make it known that the Oceanside community, all the organizations, the fire department, local businesses, residents, we don’t know how to say thank you enough for the prayers and messages,” said Graham.

“People reaching out to us, even random people that we don’t know, stopping by this, visiting our house, see what they could do for us. Our family is grateful. We really can’t stress enough to the community.

“ That’s why we chose to live here. And the support behind Cooper, there’s no word for it. We hope one day we’ll be able to help another family that, God forbid, has to go through this.

“All the positive things have made our family stay really positive,” he added. “At the end of the row, we’re gonna walk out with a miracle. We can’t thank everybody enough.”