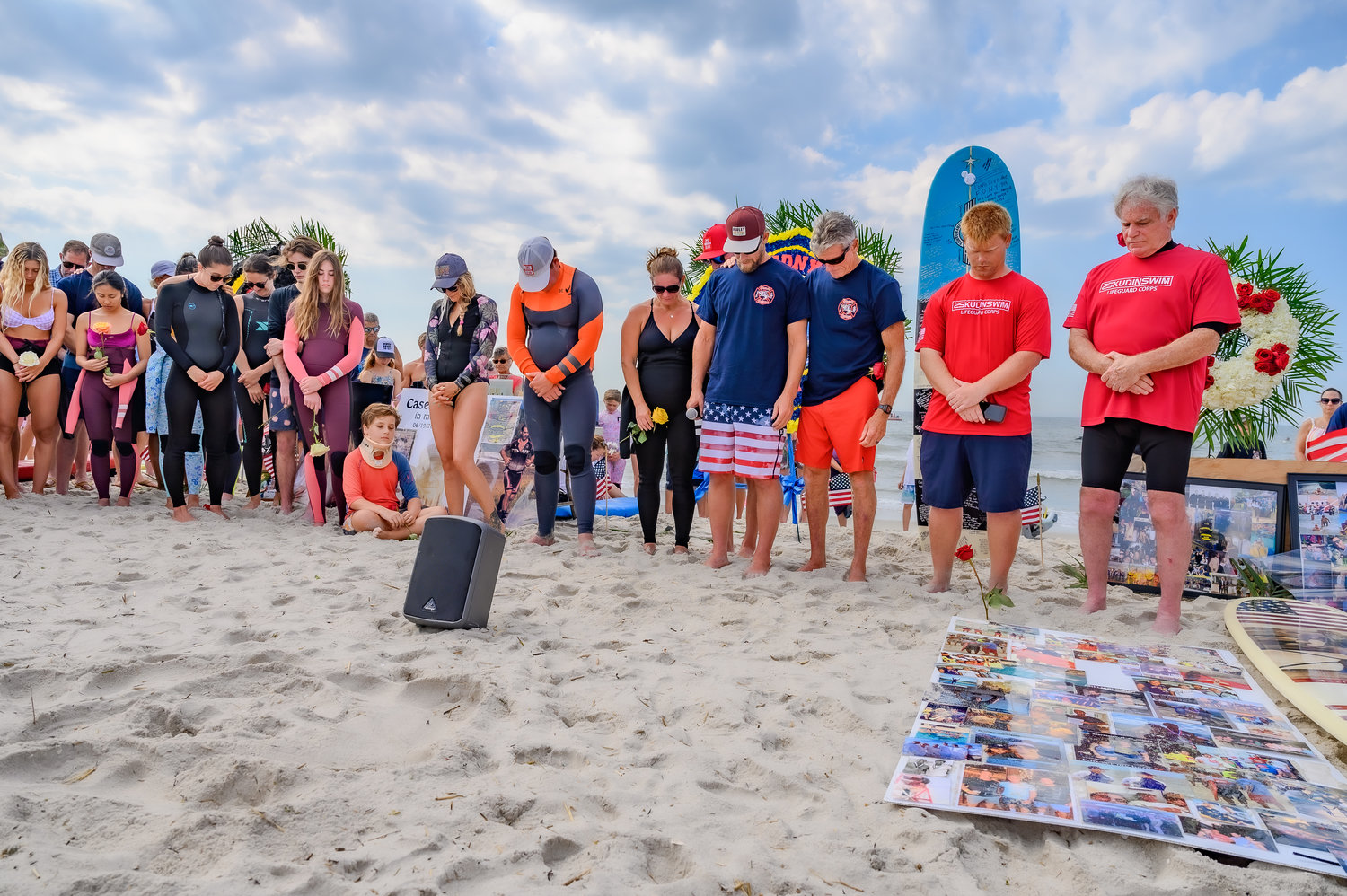 Hundreds of Long Beach residents, friends, families, surfers and firefighters gathered with their surfboards at Lido West Beach Park on a sunny Sunday to honor Casey Skudin, who died last week in a freak car accident.

Everyone gathered for a memorial paddle-out into the ocean. Before entering the water, the Skudin family spoke to the crowd about Casey and his life and thanked everyone for showing support.

“It is a great honor to have everyone here,” said C.J. Skudin, Casey’s son. “Everyone I wished would be here is and some strangers, which is fine.”

Casey’s wife, Angela, spoke next, thanking everyone in attendance for coming, saying it shows that “everyone felt how I felt about Casey.”

“He saved my life twice,” Angela said about Casey. “On the day he met me and once the day he died.”

Casey was a firefighter, father, CrossFit coach, lifeguard, friend and husband, Angela said, and that everything he did was important to him.

The Skudin family led a moment of silence briefly before Will Skudin, Casey’s cousin, gave instructions for the paddle-out. “Casey wouldn’t want a disconnected circle,” he said. “He would want everyone connected.”

People then paddled out to the designated spot as bagpipes were played from the beach. When people made it to the spot, they created the circle around Casey’s wife, Angela, and their two sons, C.J. and Ben, who sat on a personal watercraft in the middle. The family spread flowers and some of Casey’s ashes into the ocean.