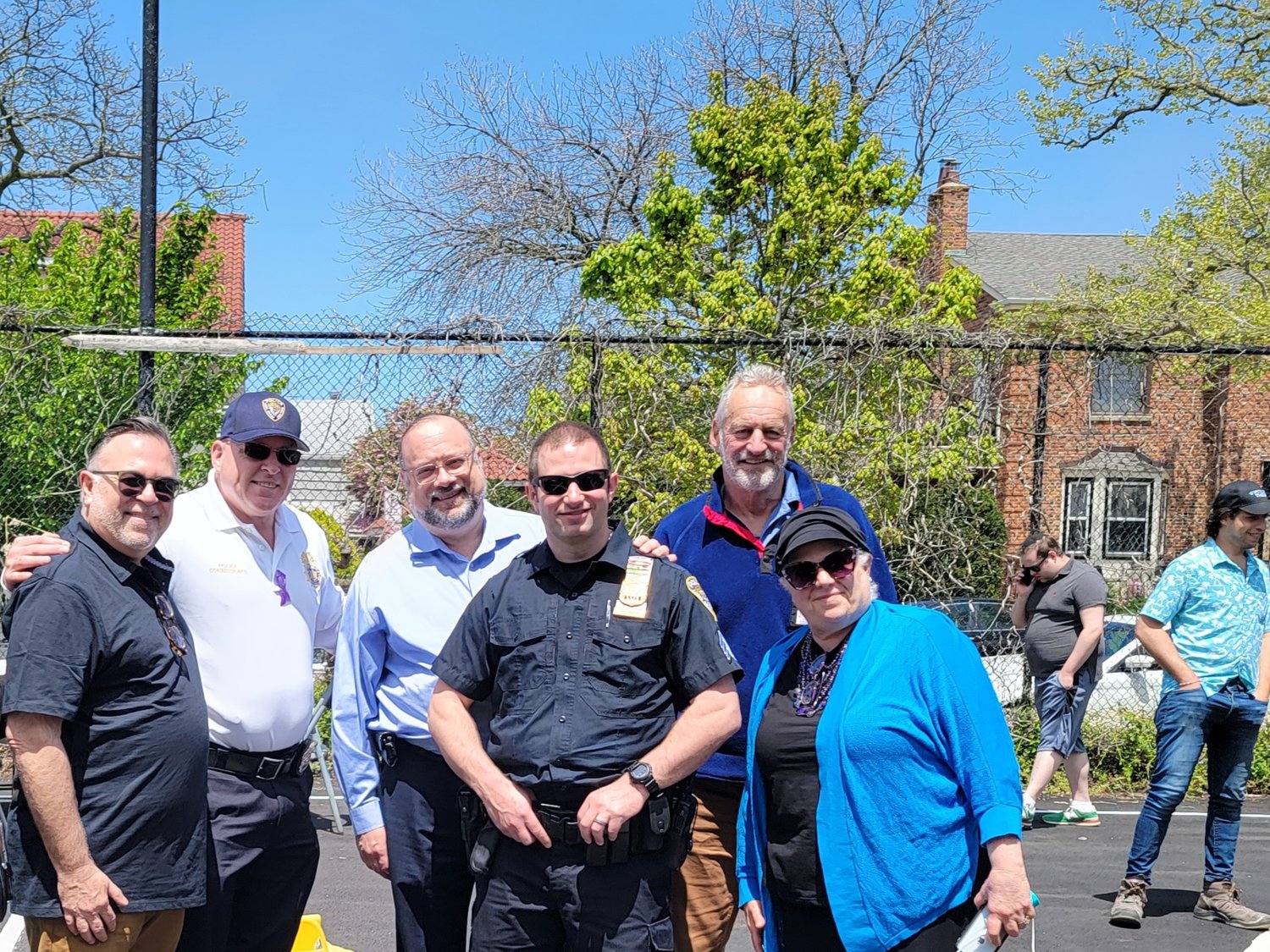 Religious leaders from around the City of Long Beach got together this past Sunday to host a barbecue in recognition of National Police Week.
Courtesy Rabbi Jack Zanerhaft
By James Bernstein

Religious leaders from some of Long Beach’s synagogues and churches organized a barbecue this past Sunday in recognition of National Police Week.

The leaders took note of the back-to-back mass shootings over the weekend, in Buffalo on Saturday and in Orange County, Calif., on Sunday.

“In light of the tragedy in Buffalo and at the church in Orange County California, we are grateful for the watchful eye and dedicated efforts of our local law enforcement agents protecting our Houses of Worship in our city”, said Rabbi Jack Zanerhaft, of Temple Emanu-El of Long Beach.

The event, at the Bach Center on Edwards Avenue, was attended by Rabbi Benny Berlin of Bach, Rabbi Eli Goodman from Chabad of the Beaches, and Rabbi Binyamin Silver of Young Israel. In addition, several churches were represented by TK Kennedy of Centerpoint Church and Pastor Mark Moses of the New Life Church of Christ.

Long Beach Police Commissioner Ron Walsh arrived with a stack of thank you notes and cards he had received from many in the crowd.

“This outpouring of support and unity means a lot for our department,” said Walsh. He said he would read each one aloud to the members of the force. Several uniform officers came in and out of the venue during the afternoon cookout.

Zanerhaft noted how important and gratifying it was to see different branches of the Jewish community come together for a common cause.