Community is at the core of Lynch’s mission 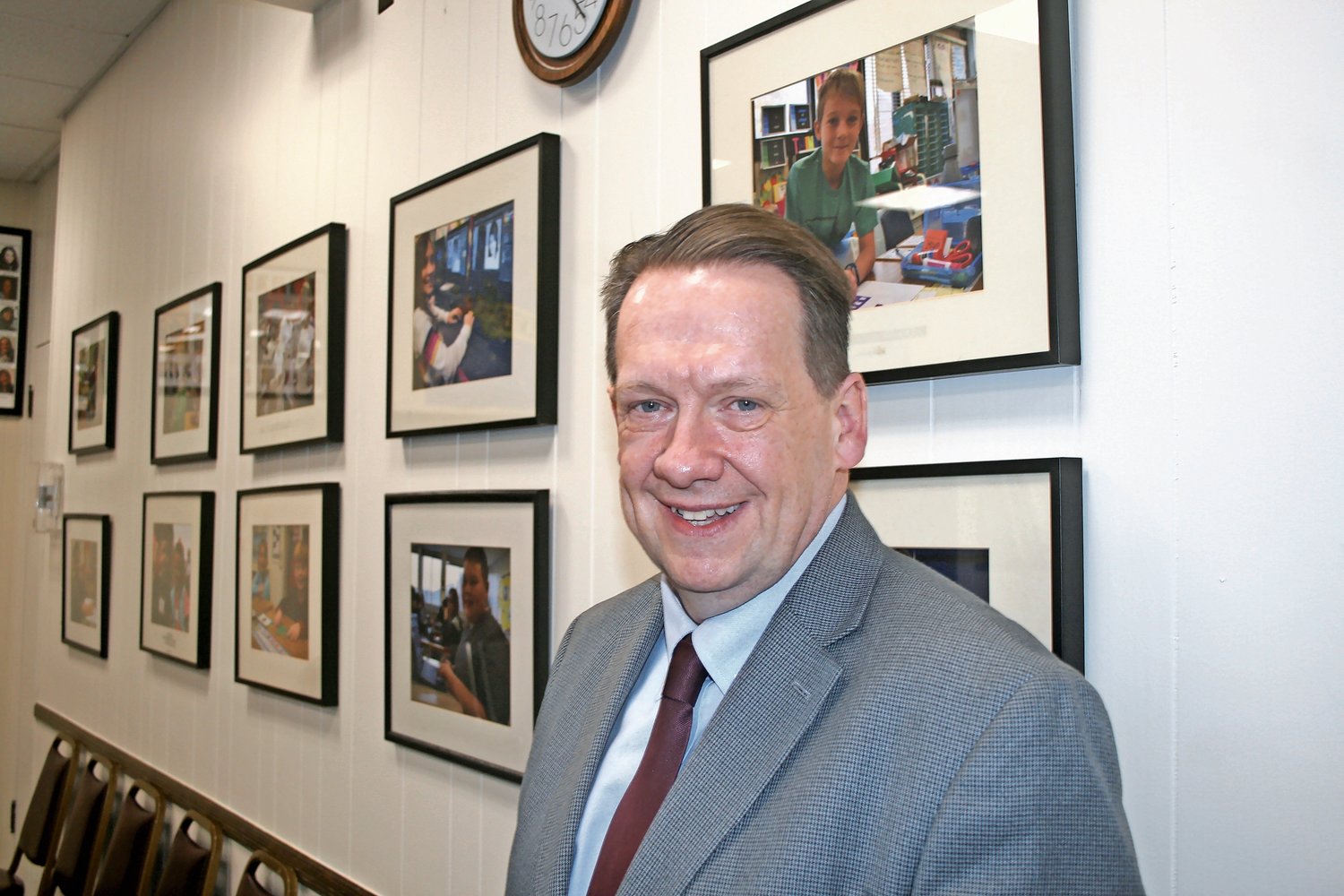 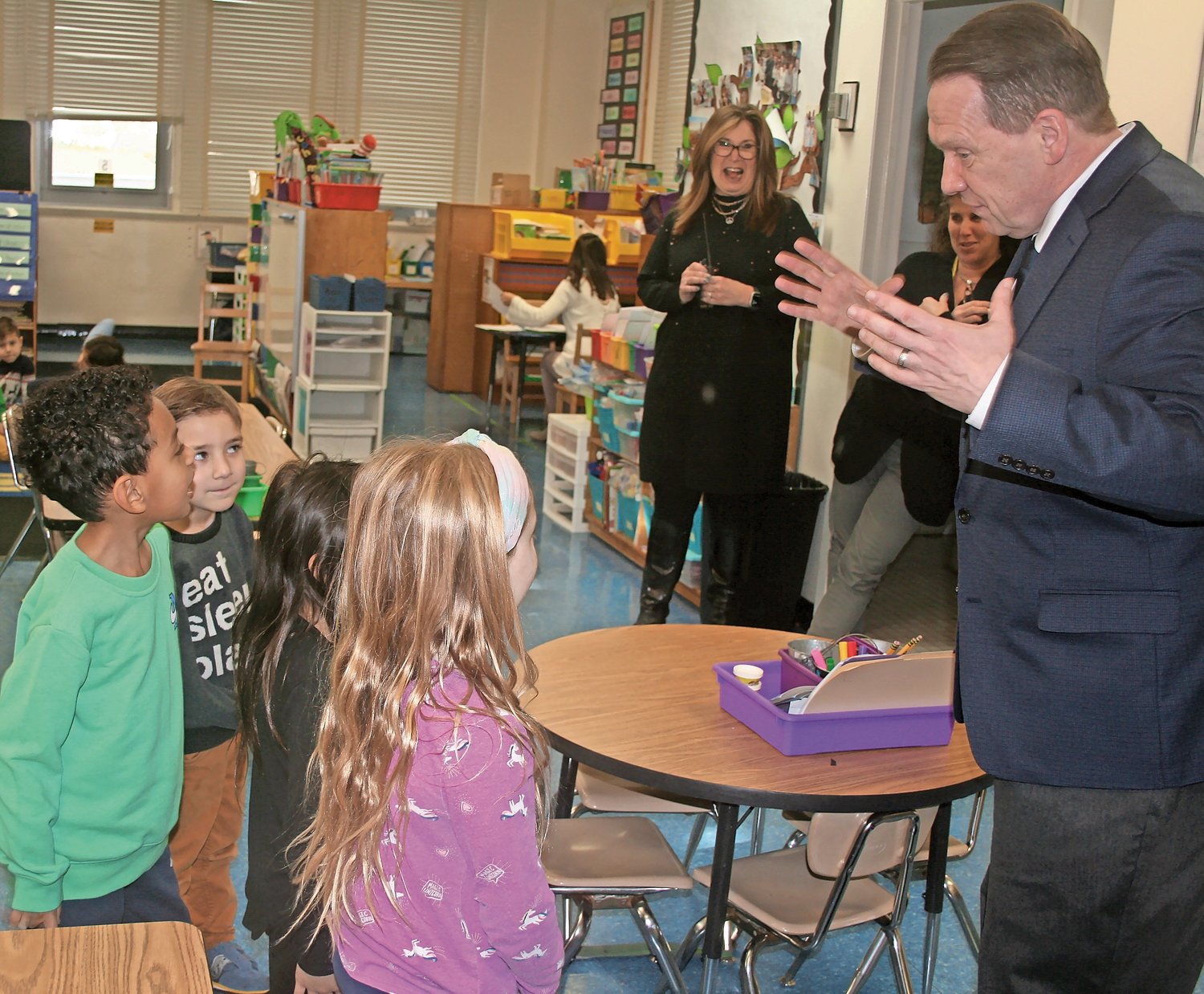 Paul Lynch, a former English teacher, said he was eager to get back into classrooms to see for himself how Lynbrook teachers are working with students.
Mark Nolan/Herald
Previous Next
By Mark Nolan

When Paul Lynch was hired by the Lynbrook School District in 2009, he was overcome by a sense of community.

On Jan. 11, Lynch was named the next district superintendent. He will succeed Melissa Burak, who is retiring after 30 years in Lynbrook on June 30.

“I grew up right in Baldwin, so you know, there’s just a lot of simpatico,” said Lynch, 58. “I love Lynbrook.”

Former Superintendent Santo Barbarino told Lynch in 2009 that community is what makes Lynbrook a special place. Lynch quickly found out for himself.

“There is a sincerity about people here,” Lynch recalls Barbarino telling him. “People care about people. Kids are kind and nice. They hold doors, and ‘please’ and ‘thank you’ still exist here.”

When Lynch was named superintendent last week, his nephew James Lynch, a Lynbrook native with three children in the district, told the Board of Education that his uncle was taught at the dining room table to believe in values of honesty and ethics.

Lynch has been the district’s assistant superintendent for finance, operations and information systems for the past 10 years. When he speaks to new teachers, he tells them that small-town values matter in Lynbrook.

Lynch began his career in education teaching English teacher at St. Mary’s High School in Manhasset in 1987. At the behest of his mother, Jeanne, he studied education rather than journalism, a career his mother thought wouldn’t be as stable as teaching.

Lynch had a variety of jobs over the years, including helping guide education policy in Albany and working for a startup software company. But he always felt the pull of the classroom, and he said he was eager to visit classes to see the progress first-hand.

In the immediate future, Lynch is focused on preparing the Lynbrook district’s 2023-24 budget.

When he assumes the superintendency on July 1, he doesn’t plan on making wholesale changes. Rather, he views his job as maintaining the success achieved by Burak and others.

“I’m going to follow the work that Melissa has been doing over the last 10 years,” Lynch said. “With the board appointing me, they’re saying, ‘Everything in the past was right. We need to keep going on that path.’”

He does plan to maintain, and possibly expand, the mental health programs and staff that were expanded in the wake of the coronavirus pandemic. He also plans to expand opportunities for students with special needs.

For the school board trustees, Lynch was the natural progression as the next superintendent.

“Dr. Lynch is a much-respected member of the Lynbrook school community and is a natural choice to transition into our next school leader,” board President William Belmont said. “During his tenure, he has successfully overseen the completion of our $33 million bond project, 10 years of community-approved budgets, and has cultivated strong relationships with staff, students and families.”

While Lynch will become the top official in the district this summer, he said he would think of himself as more of a lifelong learner than as the boss.

“I admire this staff,” he said. “They are phenomenal educators. I’m the leader, yes, but I’m going to be the learner. I look forward to the soccer games and football games. That’s fun. That’s being part of the community.”