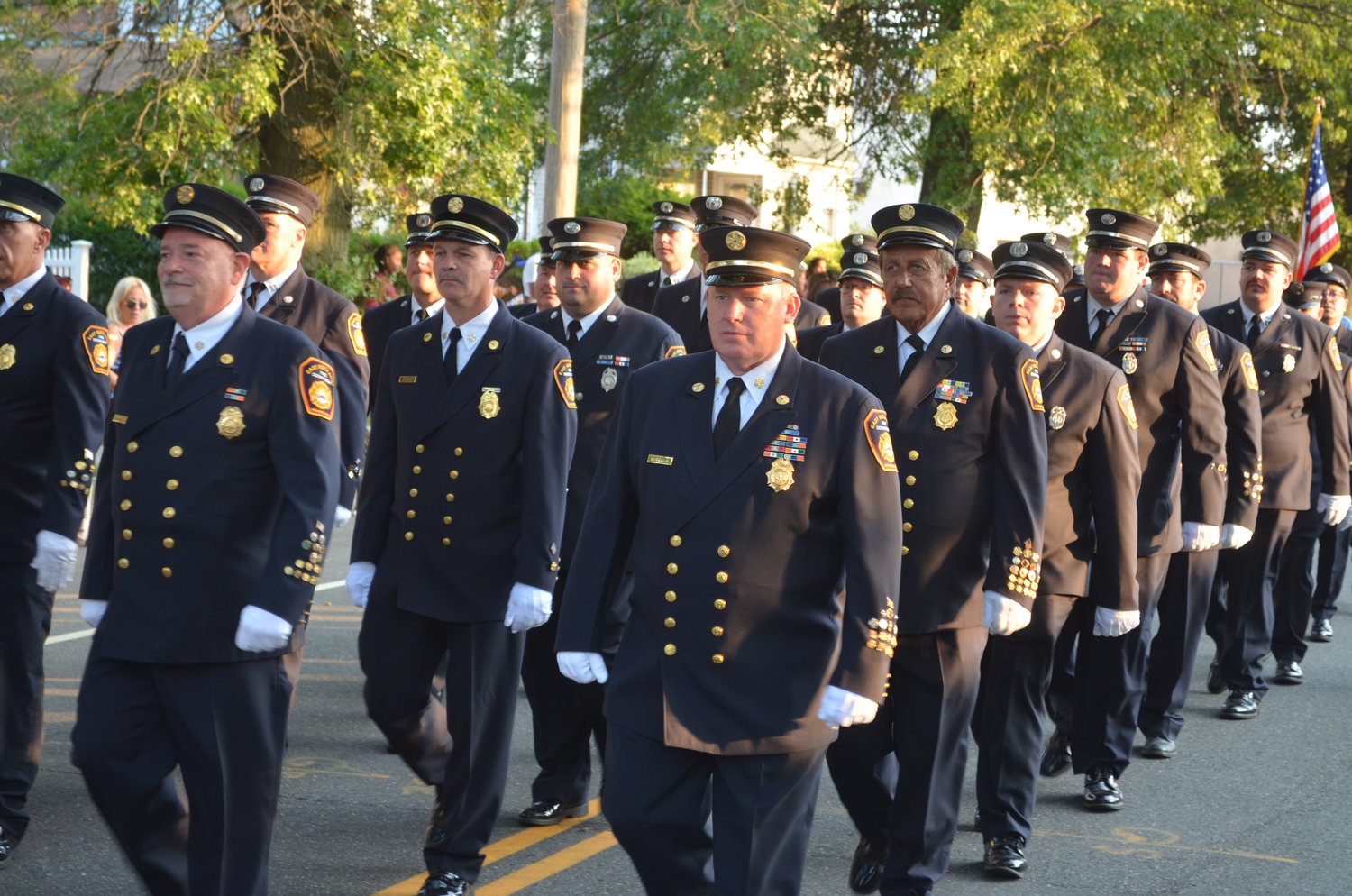 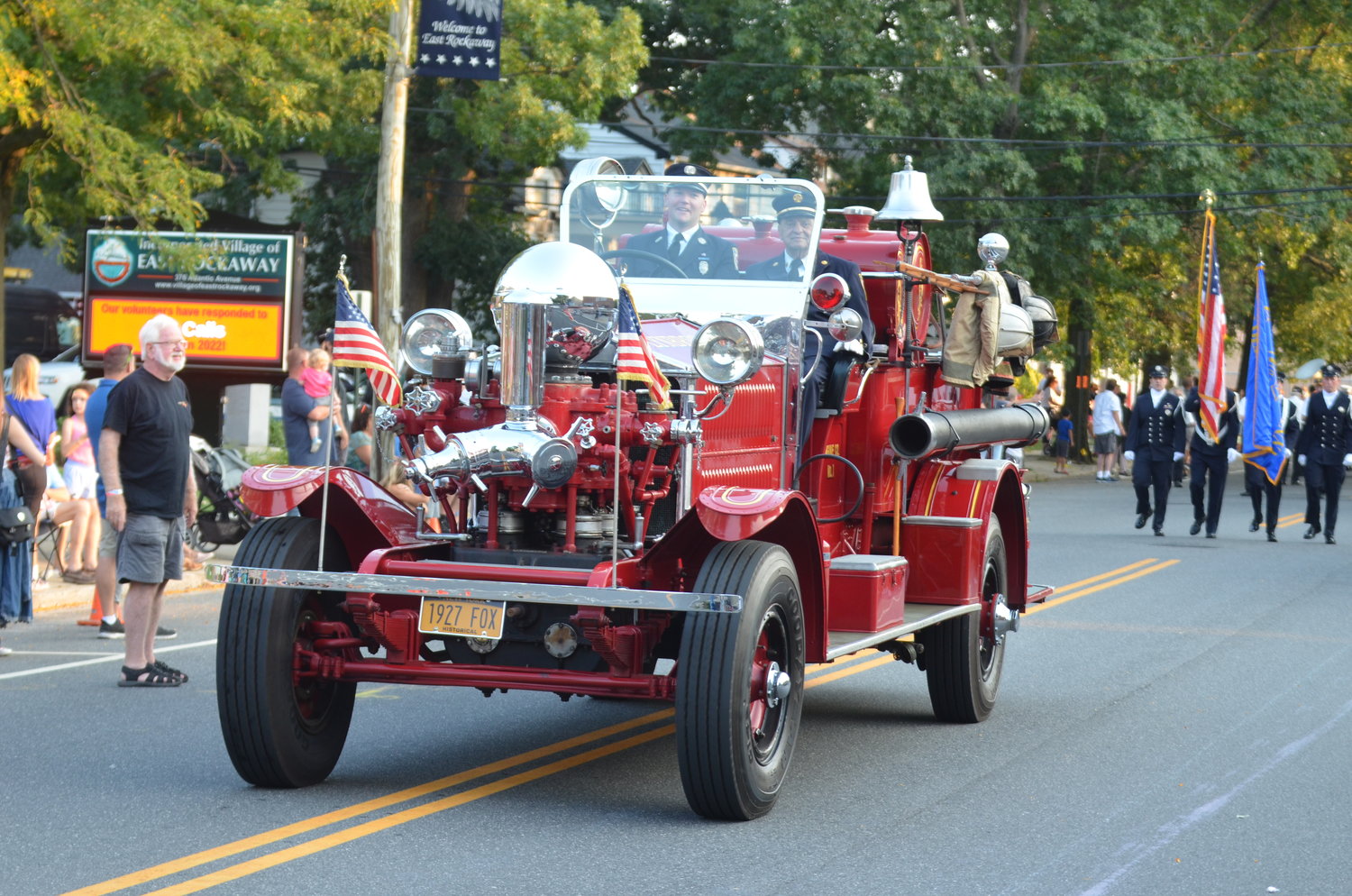 The Lynbrook Fire Department brought out its vintage apparatus during the Fourth Battalion Parade on Saturday.
Tim Baker/Herald 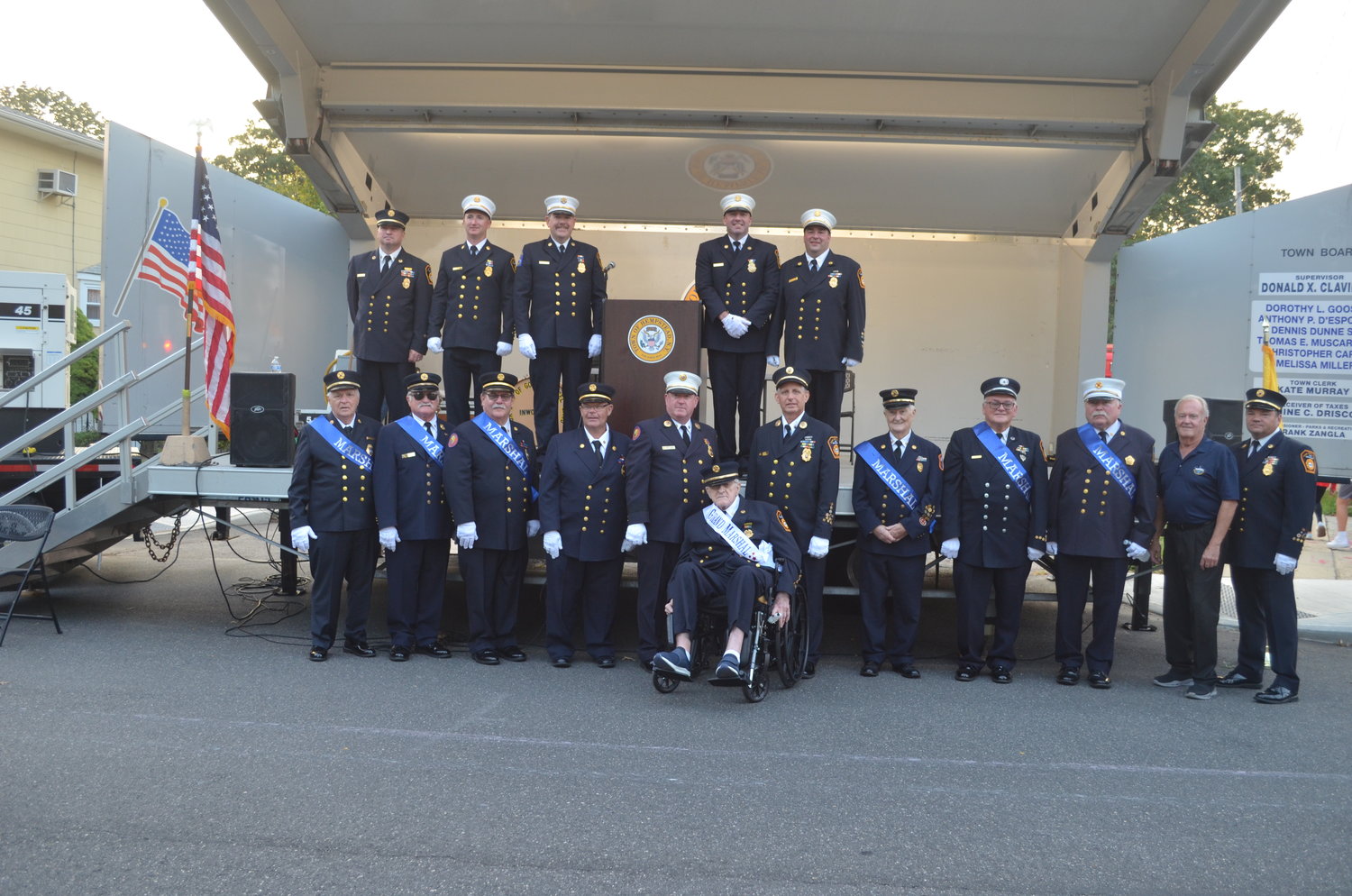 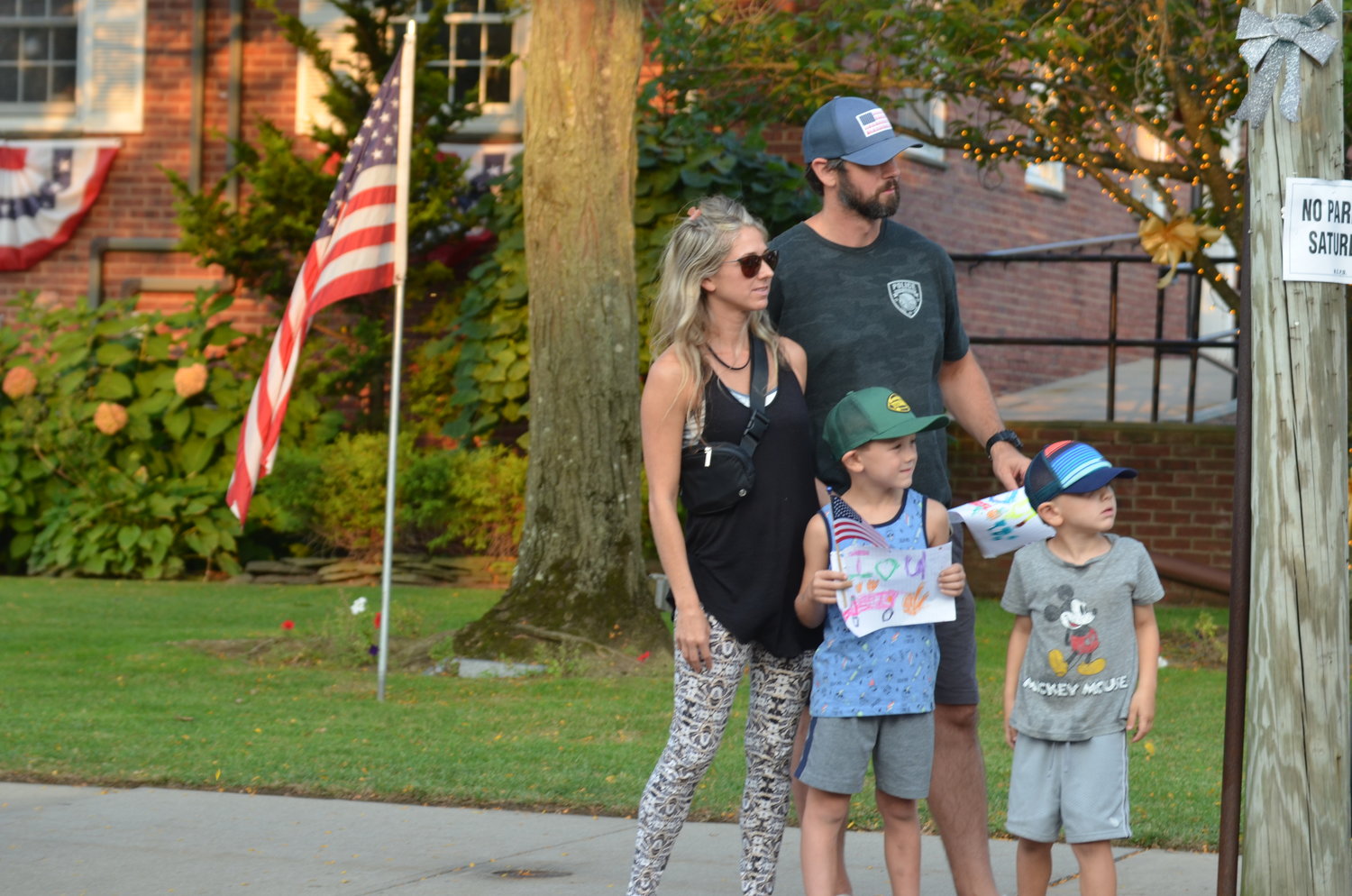 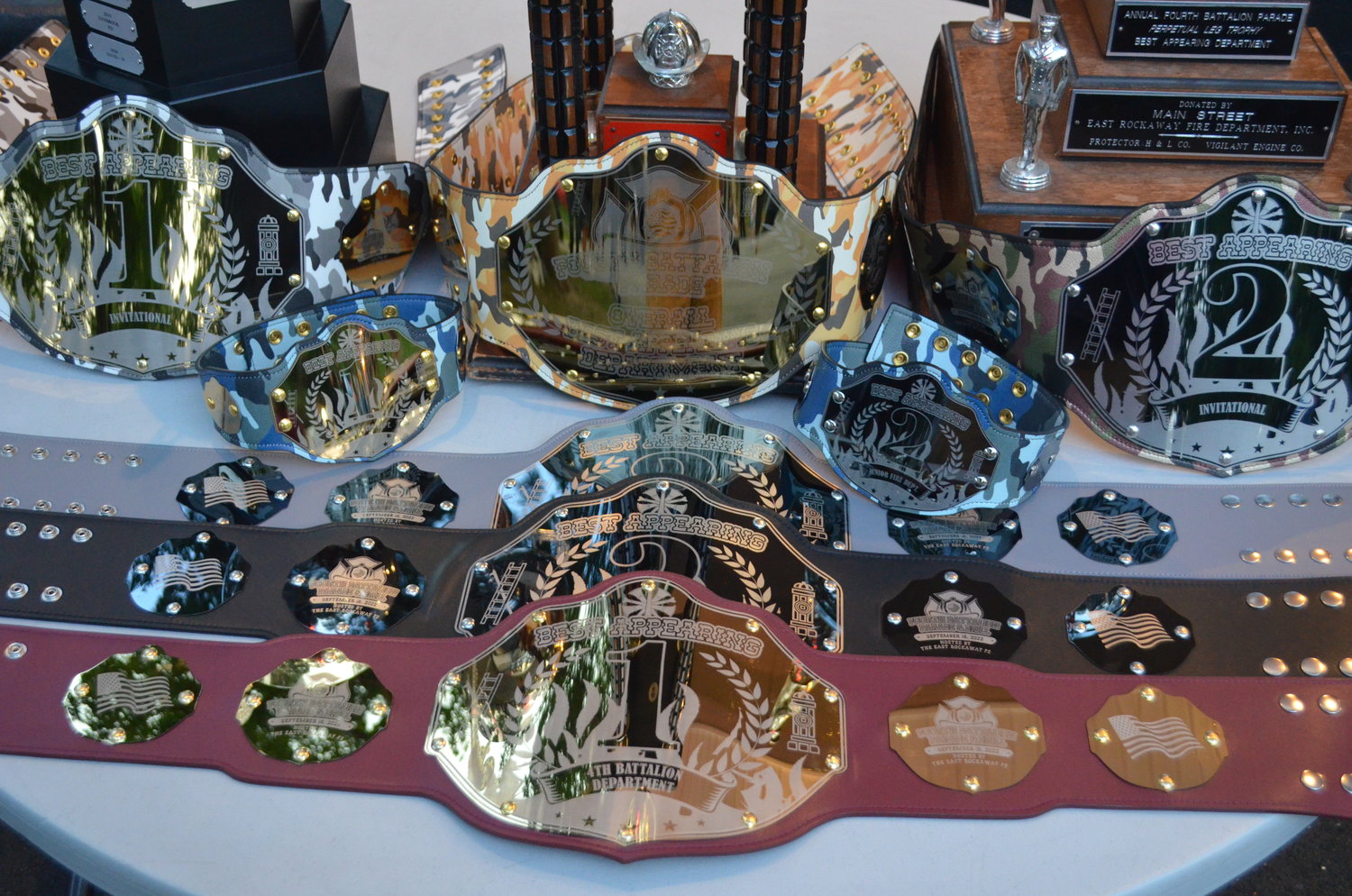 The winners of the Old Fashioned Drill competition and Best Appearing Department received trophies and awards.
Tim Baker/Herald
Previous Next
By Daniel Offner

Nassau County’s Fourth Battalion Fire District marched through the streets of East Rockaway on Saturday, Sept. 17, as part of their annual fire parade and drill exercise.

The parade began at the corner of Denton and Phipps avenues and proceeded southbound towards Main Street. Led by a color guard of members from the American Legion and VFW Post, it then continued west on Atlantic Avenue, north on Woods Avenue, and concluded at Memorial Park.

Following the procession, there was a block party held at the park, featuring live music by A Witch’s Brew. There were also food trucks on site to feed the many hungry parade-goers and bounce house for kids.

All five of the departments that make up the Fourth Battalion additionally squared off in the Old Fashioned Drill competition, which took place in Baldwin on Friday, Sept. 16.

Following the parade, the winning teams were presented with trophies during an awards ceremony at the park.