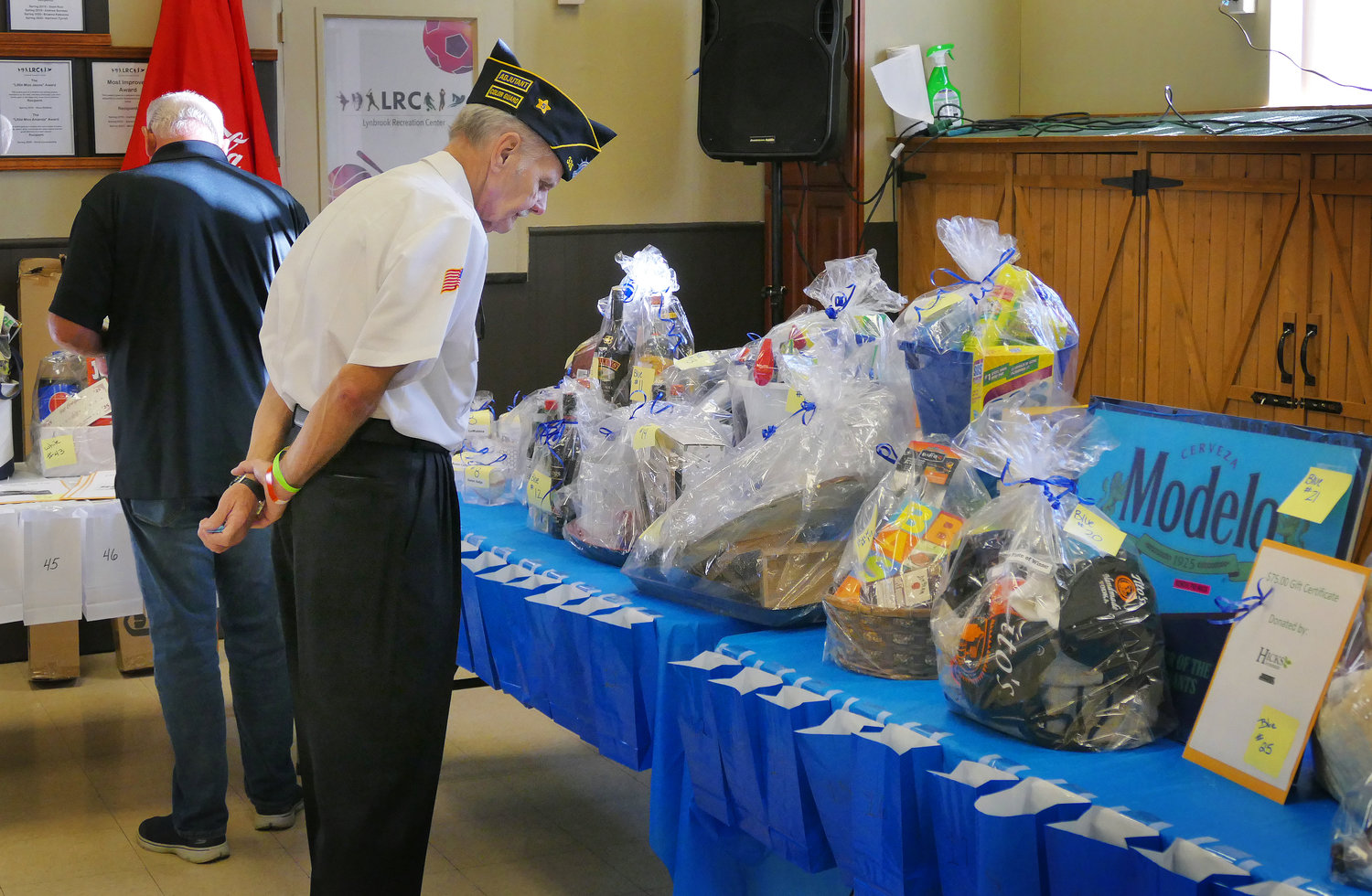 Gift baskets were raffled off to the highest bidder to help raise money for Wounded Warriors.
Joe Abate/Herald 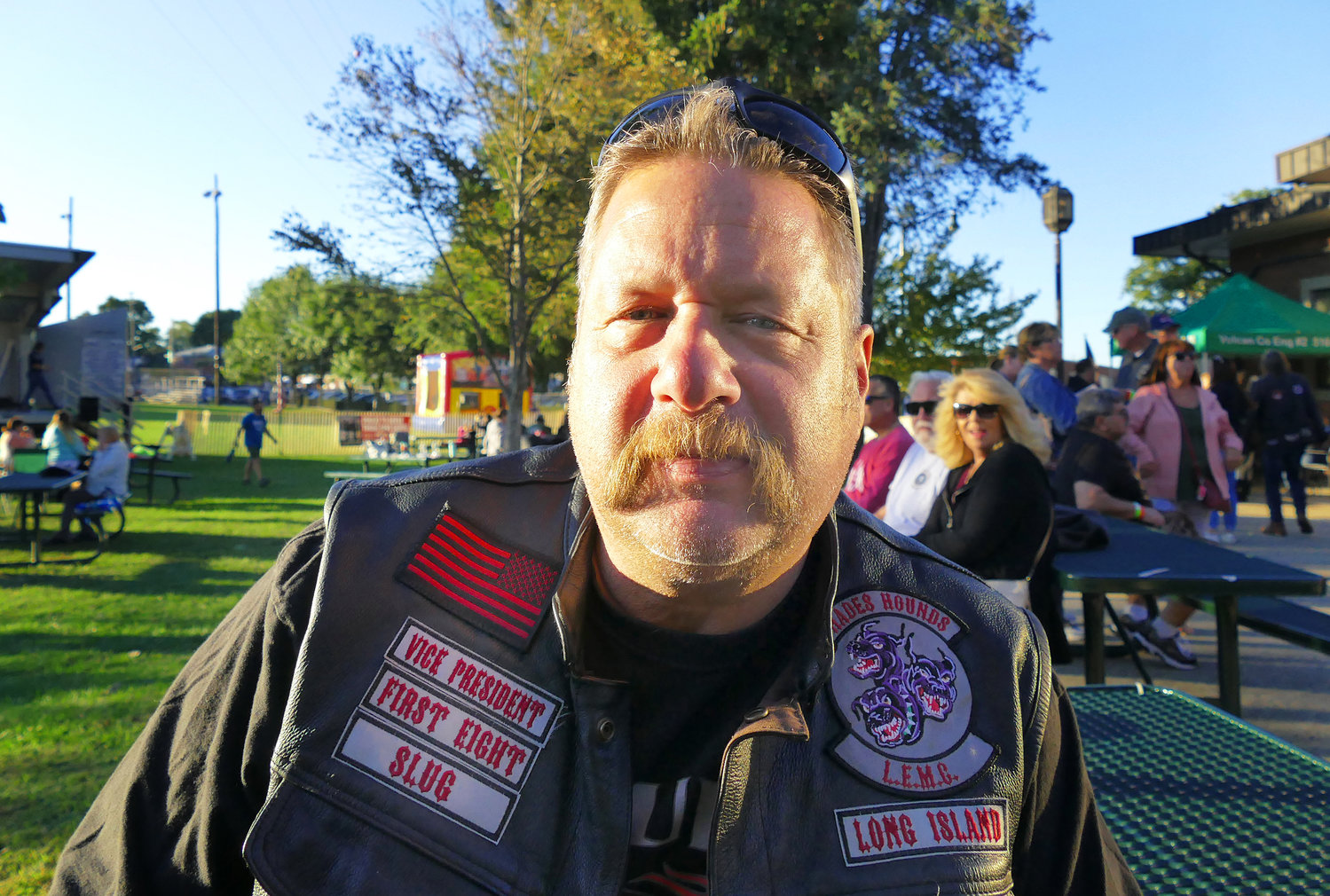 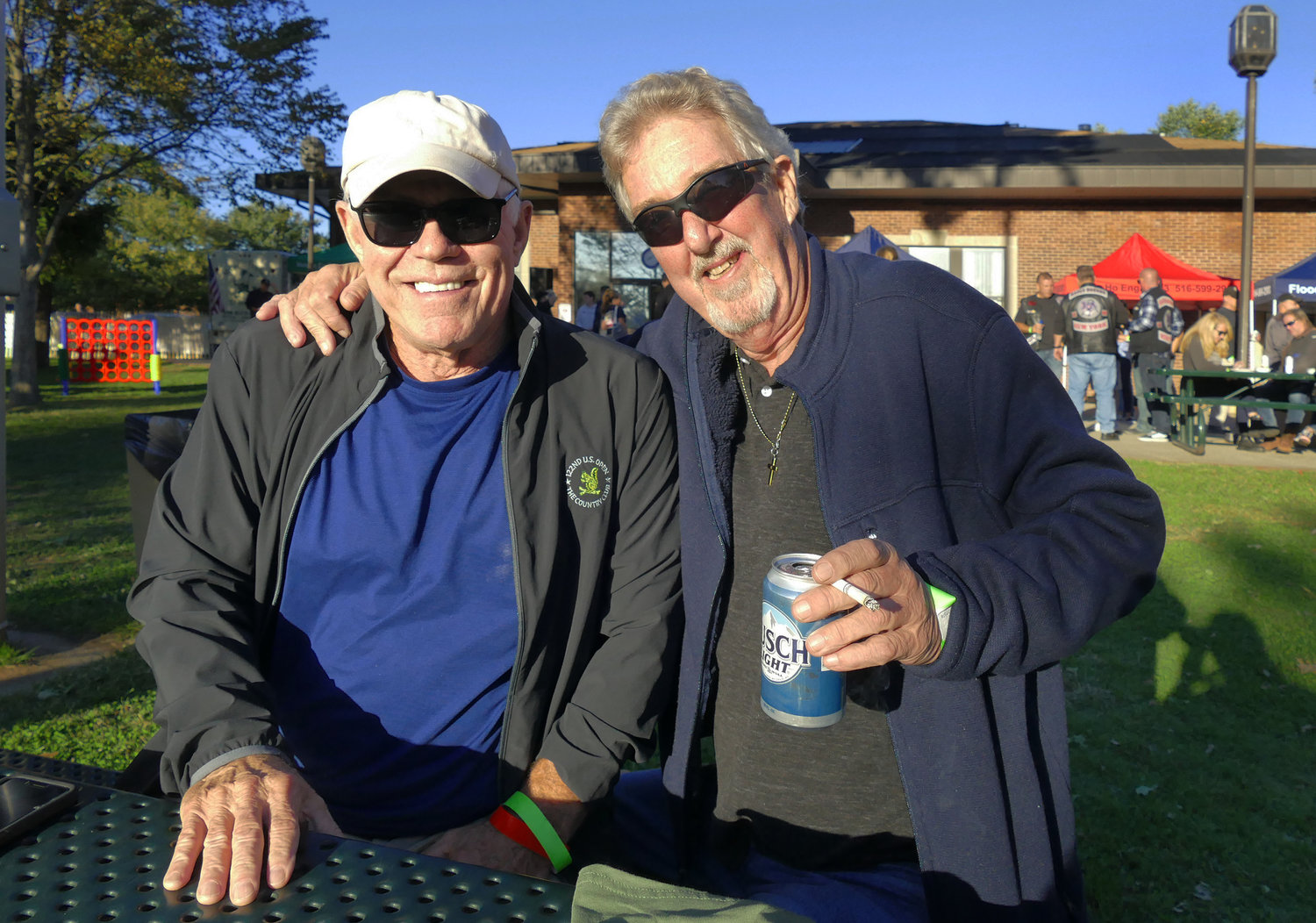 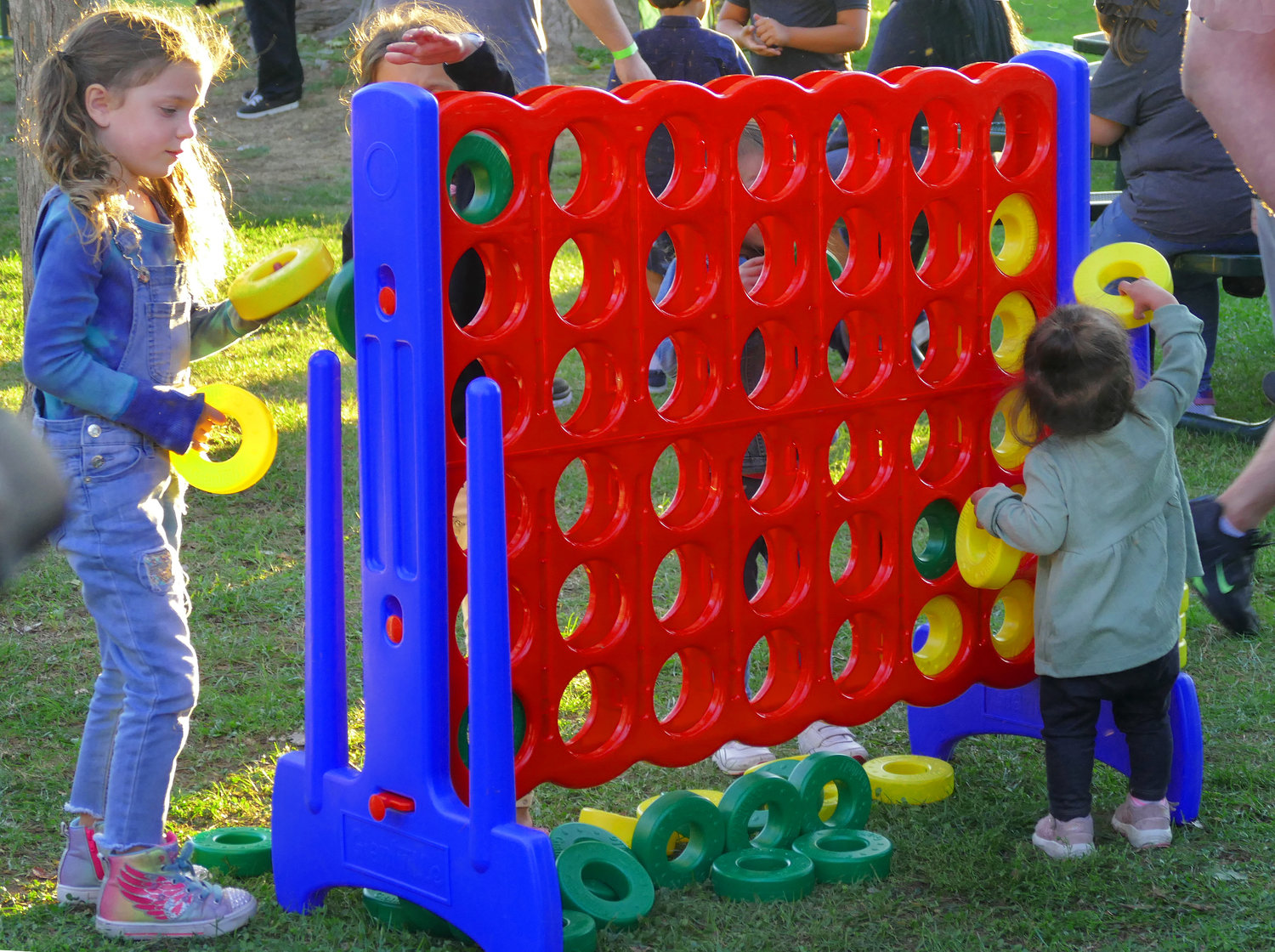 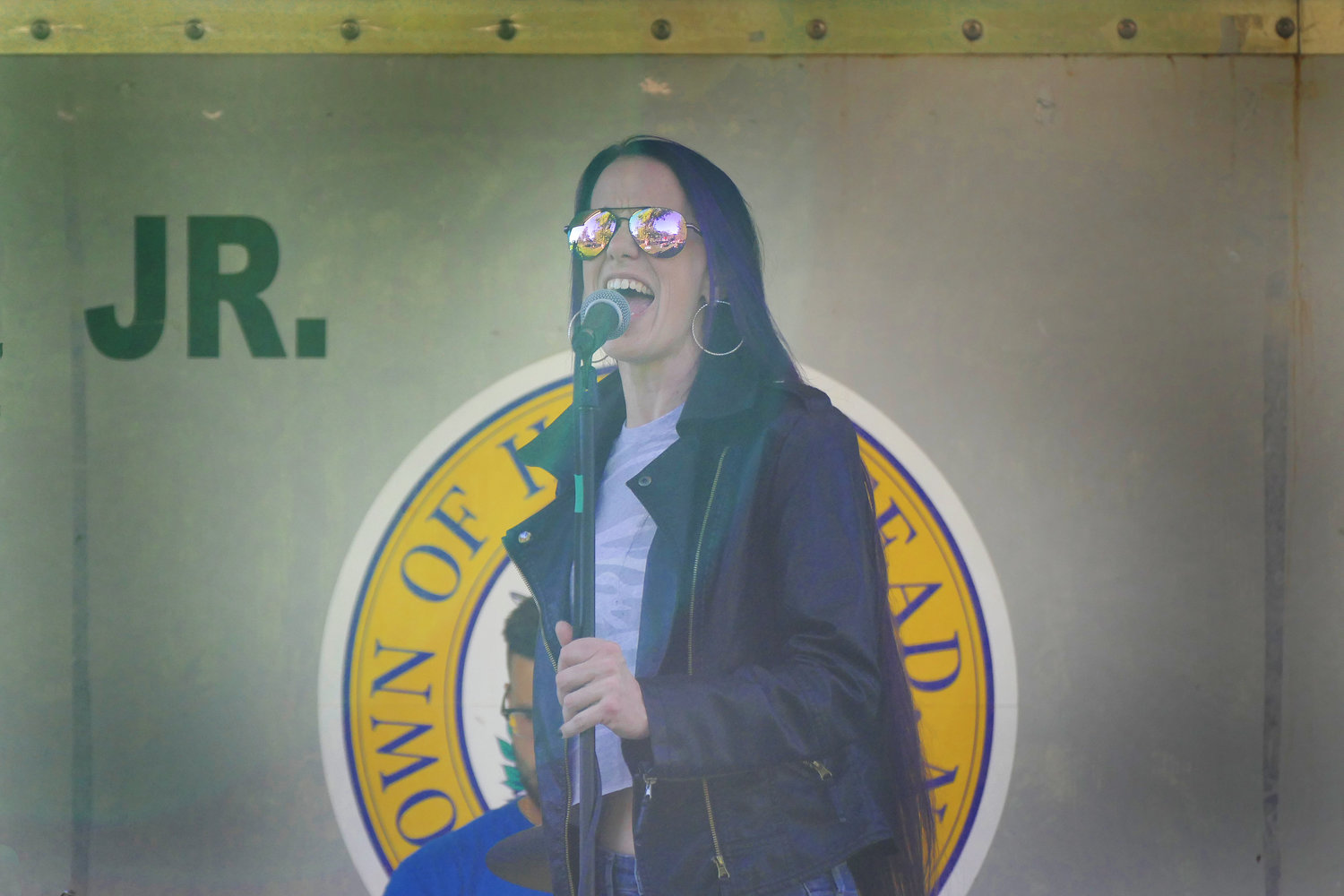 The lead singer with the band, Sorry In Advance, belts out a cover tune for the many listeners at the Wounded Warriors event on Saturday.
Joe Abate/Herald
Previous Next

Wounded Warriors arrived early on Friday evening, where they were greeted by members of the Lynbrook and Malverne Fire Departments, who hoisted up a giant American Flag at the intersection of Sunrise Highway and Earle Avenue in preparation for the annual concert and block party the following day.

Early on Saturday, firefighters from both departments participated in a charity motorcycle ride to Captree State Park, in support of the Wounded Warriors, returning just in time for the main event at 4 p.m.

The annual concert and block party celebration is hosted each year by members of the Lynbrook Fire Department to help raise money for the Nassau county Firefighters Operation Wounded Warrior and soldiers from the Recovery Unit at Fort Belvoir in Virginia.

Over the past ten years, firefighters in the community have helped raise nearly $220,000 to benefit the wounded and their families.

Nassau County Firefighters Operation Wounded Warrior is a non-profit charity made up of volunteer firefighters that has been working since 2004 to help wounded service men and women in hospitals along the east coast including those locally and at the VA Hospital in Northport. This charity is not affiliated with the national Wounded Warrior Project.

This year, eight of the wounded that came to attend the concert were provided with free rooms by the Rockville Centre Inn along Ocean Avenue and Sunrise Highway, which has provided free rooms for the veterans each of the past 11 years.

In addition to this annual event, Lynbrook and other Nassau County firefighters pitch in each December to help bring Christmas to the wounded at Fort Belvoir and other wounded warrior battalions and recovery units along the east coast.